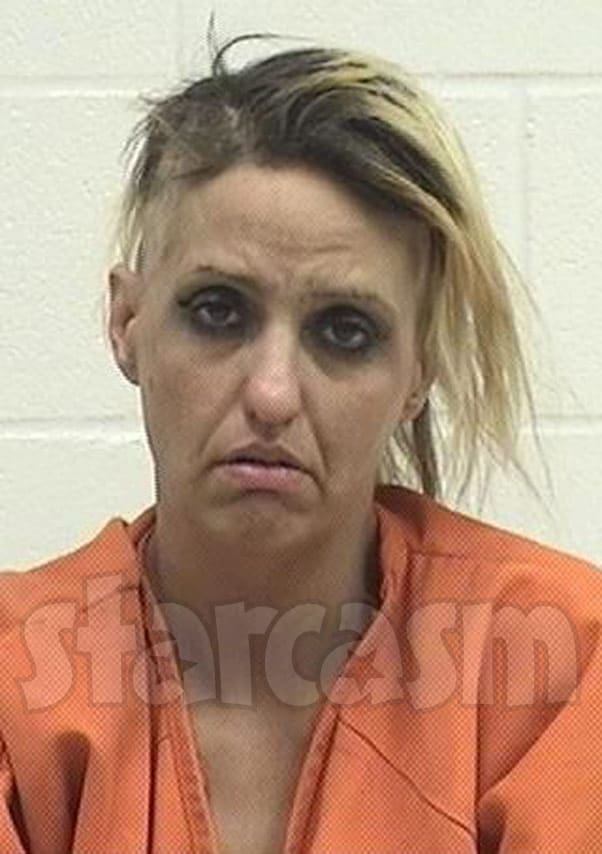 According to Tarrant County Jail records, Tracie was released earlier today after posting her $5,000 bond. The 39-year-old reality star was arrested in Bedford, Texas on August 6 and charged with possession of a controlled substance. It’s still unclear what the controlled substance was, but we are currently working on finding out more information.

Although it was not known at the time that news broke about Tracie’s arrest, her husband Clint Brady was with her and was also arrested on August 6. He was charged with misdemeanor possession of drug paraphernalia, and was released later the same day after posting a much lower $308 bond.

While attempting to get more information on the arrest, we were able to uncover another mug shot photo of Tracie (included above), which was taken when she was initially booked by Bedford police. That is also the source for Clint’s mug shot photo, as he was released prior to being transferred to Tarrant County Jail.

Neither Clint nor Tracie have posted on social media since their arrests. Accessing court information in Tarrant County is proving to be quite difficult, so I don’t have a court date yet either.

As I mentioned in our initial post about Tracie’s arrest, I’m extremely saddened that she has apparently relapsed. She genuinely won me over with her presence online, and I was really hoping that she would be able to defy the odds and remain sober and out of jail.

We will update when we have more information. (I’m hoping that our next post will reveal that Tracie has checked into a rehabilitation facility.)