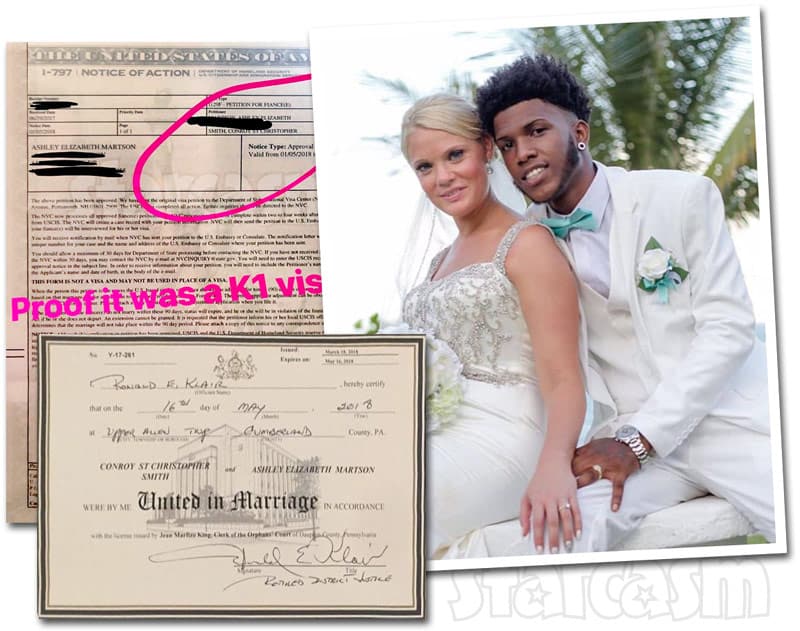 90 Day Fiance star Ashley Martson is FINALLY clearing up all the confusion about why she and husband Jay Smith had three different weddings, including one in Jamaica, one in Las Vegas, and the other in Pennsylvania.

To get you all caught up, there were photos leaked in early December of what appeared to be Ashley and Jay’s formal wedding ceremony in Jamaica. Jay would later explain that this was a commitment ceremony from 2017 so that his friends and family in Jamaica could attend.

Then, on the show, we see Ashley and Jay getting married in Las Vegas in a kitschy Elvis-themed ceremony. However, we could find no record of Jay and Ashley getting married in or near Las Vegas. Plus, Ashley’s (former?) best friend Natalie later shared photos of herself in Las Vegas for the wedding, and she stated on Instagram that Ashley and Jay were already married. (You can click here for a full recap of all the fishiness surrounding Ashleyy and Jay’s story line this season.)

OK Ashley, take it away…

“I know there are some rumors,” Ashley began an Instagram post from moments ago, “so I spoke with TLC they would like me to clarify: We scheduled our original wedding on the 88th day after Jay arrived to America. Due to canceling our original wedding plans so last minute (as you saw on the show during the wedding registry incident) and having my kids that weekend, we could not go to Vegas before the 90 days were up. Jay and I went to City Hall in Harrisburg, PA, said our vows, then flew out to Vegas for an actual ceremony a week later.”

She continues: “This is why no one can find a public certificate in the Vegas records. I hope this gives you all some clarification! Please don’t mind my kids juice box spill on the certificate! ??‍♀️ #momlife #married #90dayfiance #tlc #receipts” 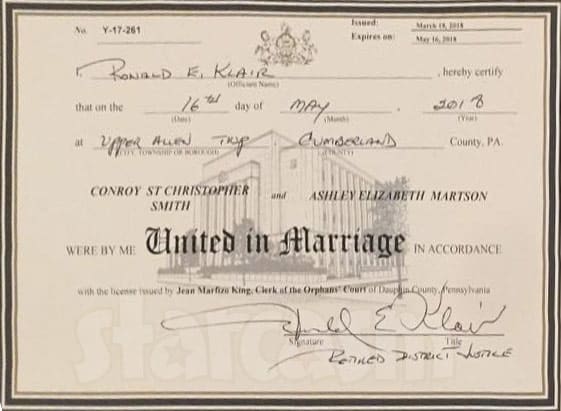 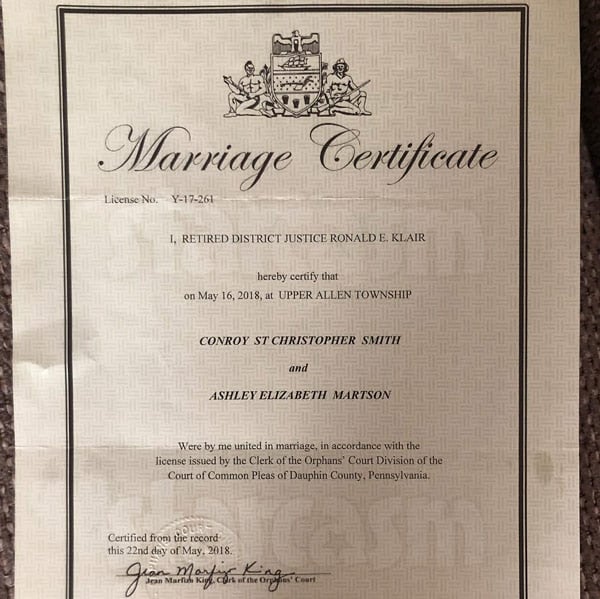 On the marriage certificate, you can see that Jay (real name Conroy) and Ashley were officially married in Upper Allen Township, Pennsylvania on May 16, 2018. The marriage was later certified on May 22.

Ashley also shared a photo of Jay’s visa approval, proving that he did come to the US via a K-1 visa: 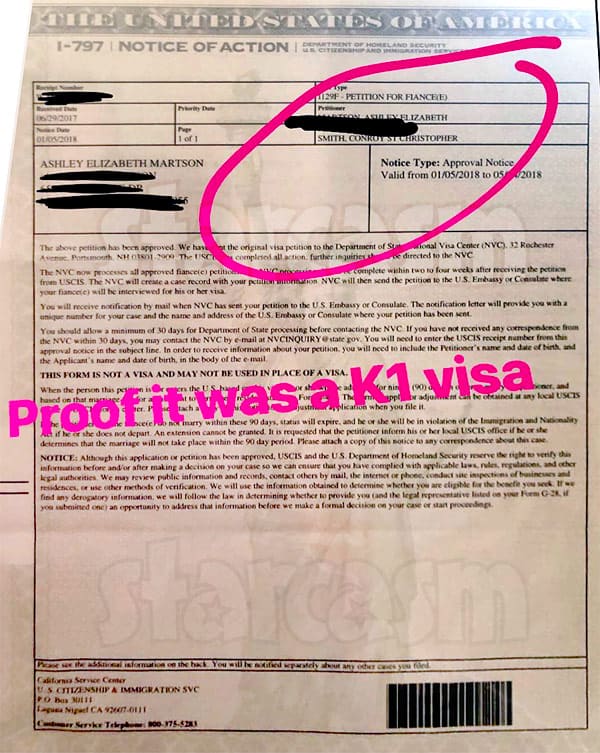 OK, well that should help clarify things! And I really want to thank Ashley as well as TLC for sharing this information because her and Jay’s story was getting so muddy as far as what was real and what was scripted that I was finding it hard to enjoy watching them on the show. This information remedies that a bit, although I would have much preferred that they were just honest from the get go — or at least dropped the “surprise” about the real wedding after the Las Vegas wedding. (Sort of like they did with Molly and Luis.)

Now we can get back to wondering if all the couples supposedly returning for Happily Ever After are actually split up like they all seem to be suggesting on social media. ?