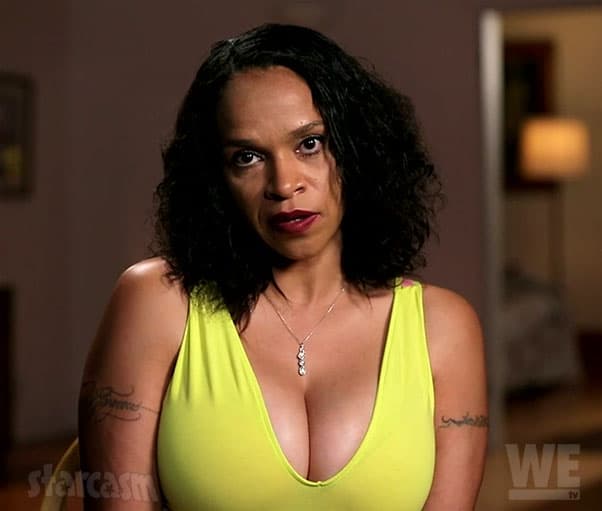 The 43-year-old is currently in custody at the Columbia County Jail. We contacted the jail, but the rep was unable to provide us any additional information. We will continue to inquire and update when we find out more.

This is the third time that Lizzie has found herself behind bars in the past eight months. She was booked into the Ozaukee County Jail on September 29. That arrest was related to a domestic altercation with her boyfriend at the time, who filed a restraining order against her earlier in the day.

Less than two months later, Lizzie was back in jail again in Juneau County. It’s still unclear what the charges were.

Lizzie is still on probation after being released from prison in August of 2018. As a result, any sort of probation violation can land her back in jail.

The last social media post from Lizzie was on Monday. She shared a photo of from her daily devotional advising us to “welcome problems as perceptive lifters.” Let’s hope her recent jail stay is a perceptive lifter.

Speaking of Lizzie on social media, she was touting a supposed new romance with Josh Seiter in February and March, but her last post about Josh was on St. Patrick’s Day. I say “supposed” because Josh is a former contestant on The Bachelorette who has a propensity for dating female reality stars. His “girlfriend” before Lizzie was 90 Day Fiance: Before the 90 Days star Yolanda.

Despite not posting photos together, the two were still acting as though they were a earlier this month. On April 4, Josh shared a Instagram video in which he can be seen shirtless while strutting around an apartment complex. He had this interaction with Lizzie in the comments:

JOSH: I’m in Champaign IL where are you spending Easter? 🐣

LIZZIE: Baby I miss you so much Mom says hi stop walking around half-naked for everybody just kidding love you🔥🔥

JOSH: Miss u was just going to text that I hope ur having fun time with ur mom

On April 16, Josh posted a photo (bare-chested like all his other photos) and asked his followers to spell out “ZADDY” a letter at a time in the comments. Lizzie responded by typing “🔥🔥❤️❤️😍😍😍😍.”

I’m not sure if it was the arrest or what, but it seems Josh and Lizze are no longer presenting themselves as boyfriend/girlfriend. Or at least Josh isn’t.

Here’s his “single and ready to mingle” shirtless photos post from Wednesday:

So, Josh is officially available. Anybody want to let Darcey Silva know?