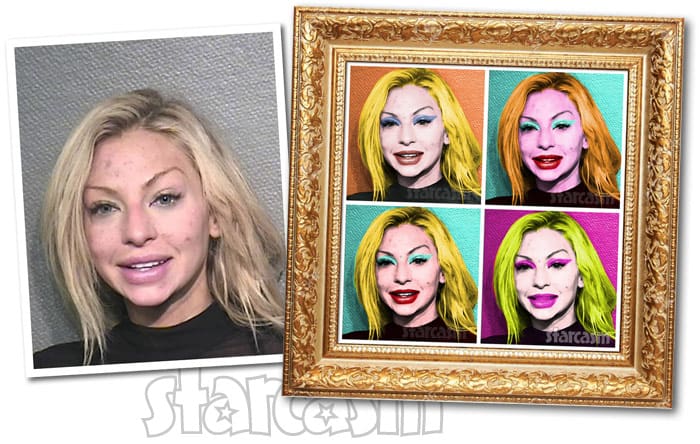 We have a new Worst First Date Hall of Fame inductee! 29-year-old Lindy Lou Layman (yes, that is her real name) was arrested in Houston two days before Christmas after she reportedly went home with millionaire Tony Buzbee during a first date and things then broke bad — really bad. According to the prosecution, Lindy got a little too drunk and refused two Uber rides ordered by Buzbee before doing $300,000 worth of damage to some of Buzbee’s art collection, including two original paintings by Andy Warhol. To make matters worse, Tony Buzbee is one of the state’s most well-known attorneys!

Lindy Lou was booked and charged with felony criminal mischief as she posed for a memorable mug shot photo that would do little to prevent her story from going viral: 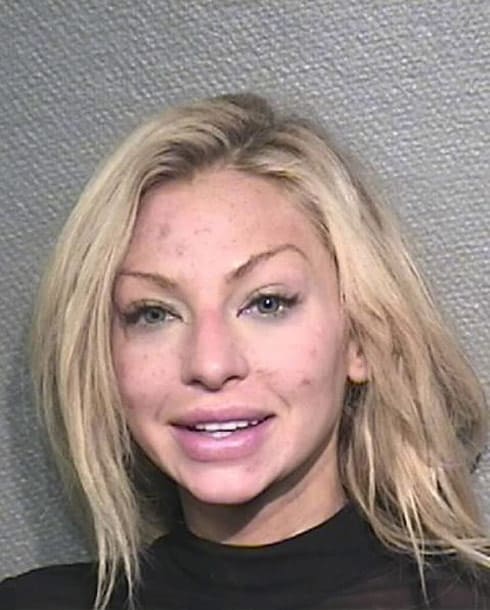 During her court appearance (video below), Lindy Lou can be seen wearing prison orange as the prosecution revealed details about her alleged art rampage. Tony Buzbee says he and Lindy Lou returned to his home after a first date, and she became too intoxicated. He says he arranged for an Uber ride to pick her up, but she refused to leave and attempted to hide herself in his sprawling $14 million River Oaks mansion.

The first Uber ride was turned away before Lindy Lou was found and another ride was arranged by Tony. That was when Lindy Lou reportedly went off the handle and allegedly “tore paintings off the wall with her hands” and poured red wine on three of them. In addition, she hurled two abstract sculptures valued at $20,000 a piece across the room and shattered them.

Two of the paintings damaged were originals by Andy Warhol that were valued at hundreds of thousands of dollars each. (I assume the $300,000 in damages includes the cost of repairing the Warhols and not compensation for their full value.)

Tony Buzbee later spoke with Texas Lawyer about the incident. “She at some point appeared too intoxicated and she was asked to leave. She wouldn’t and got angry because she didn’t want to leave. The police dealt with it,” Buzbee says. “It’s not the first time I’ve had guests at a party of mine over imbibe. Most leave when you ask them. She didn’t.”

Although the damage was extensive, Tony points out that it could have been much worse. “I collect art,” he says. “I don’t want it damaged. She also pulled a Renoir and a Monet off the wall. Luckily those weren’t damaged.”

Lindy Lou, who lists her occupation as a freelance court reporter on LinkedIn, was released on a $30,000 bond and was scheduled for a court hearing on Thursday. Here are a couple photos of Lindy Lou Layman from her Facebook profile: 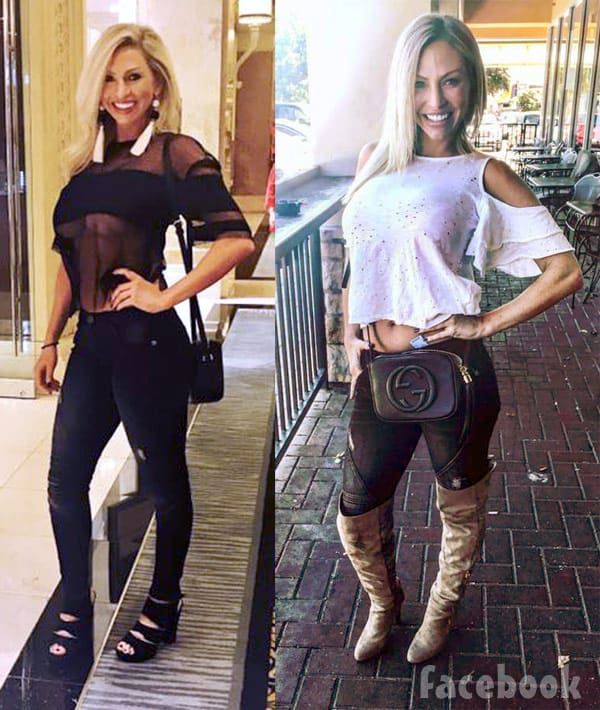 Tony Buzbee is no stranger to making local and national headlines. The extremely wealthy attorney has handled many high profile cases, including the defense of Texas Governor Rick Perry in an abuse-of-power case. But most of the attention given to Tony Buzbee has been more about how he spends his money that how he earned it.

Some examples of Tony’s headline-grabbing spending includes the purchase of a $600,000 World War 2 tank (which he parked in front of his river Oaks mansion, much to the chagrin of the Home Owners’ Association), donating $3.5 million worth of exotic automobiles to the Galveston nonprofit Jesse Tree, hosting a Donald Trump fundraiser at his house, and throwing a rap-themed million dollar bash featuring a performance by Snoop Dogg to raise money for Hurricane Harvey relief.

It would be hard to find a more flamboyant Texas attorney than Tony Buzbee. The 44-year-old son of a small-town butcher, he smokes La Gloria Cubana cigars, drives a $500,000 gunmetal-gray McLaren convertible (when he’s not being chauffeured around in his $381,000 Maybach 57 S), and spends weekends at his ranch or in the Cayman Islands or on a yacht he keeps in Florida. He owns three private jets, one of which, a Challenger 600, he has nicknamed the Shark. He also prefers to wear shark cufflinks to work. His law firm takes up most of the seventy-third floor of Houston’s JPMorgan Chase Tower, the state’s tallest building.

Buzbee has made his reputation going after corporations, and he usually wins big. In 2005 he won a $16.6 million verdict against Ford Motor Company on behalf of the family of a thirteen-year-old boy who was killed in a Ford Explorer rollover accident, and in one of his most recent cases, in which he sued BP on behalf of nineteen workers injured in the 2010 Deepwater Horizon rig explosion and oil spill, he won a settlement exceeding $150 million. “I was born with a chip on my shoulder, and it’s still there,” he told me. “I live for fighting on behalf of the weak against the powerful. I enjoy getting my clients a bunch of money and putting the fear of God in those who are unfortunate enough to oppose me.” 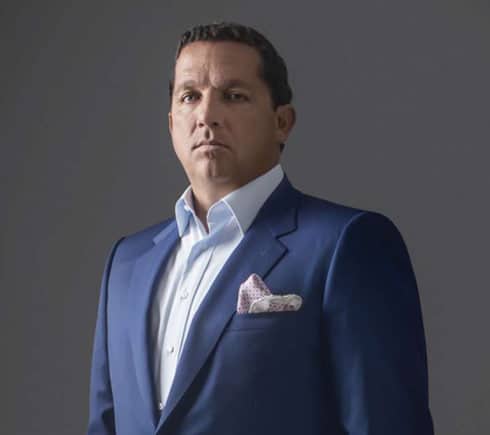 Anthony “Tony” Buzbee has had his fare share of controversy as well. He caused quite the commotion in 2016 after he was arrested for DWI only to have the case personally dismissed by outgoing Harris County District Attorney Devon Anderson later that year. “Based on the circumstances of the case, this was the right thing to do,” Devon said of her decision. “He qualified for pretrial intervention and completed all of the requirements typically mandated for a first offender DWI defendant. He did not contribute to my campaign in 2016 cycle.”

The DWI dismissal outraged some who thought Tony Buzbee was given preferential treatment. “From the outside looking in it does not look like he was treated like the average DWI person that’s treated in Harris County,” Herman Martinez of the Martinez Law Firm, who handles more than 100 DWI cases per year, told KHOU. “The fact that he was arrested in late March and finished a pre-trial intervention by the end of the year is uncommon in Harris County.” 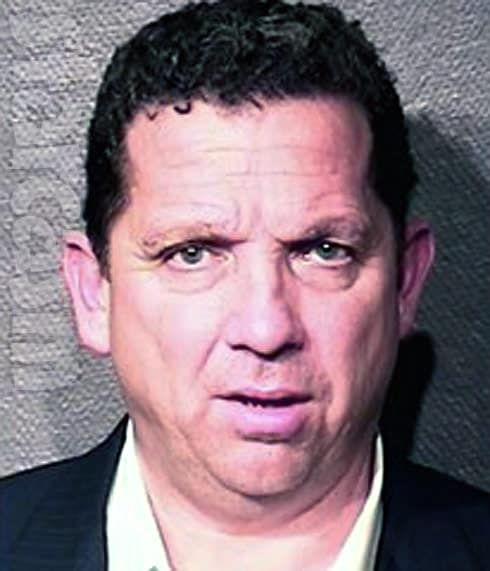 It doesn’t appear that anything further happened with his DWI case — at least not that I could find.

Another thing that I couldn’t find is ANY mention of the fact that Tony Buzbee appears to still be married. According to online records, he married his wife Zoe Buzbee in 1991 and there does not appear to be a divorce filing. In articles as recent as a few years ago, they still seemed to be happily married. The couple shares four children together.

Also interesting is that Lindy Lou posed with Dallas attorney (and ride sharing app Get Me CEO) Michael Gaubert at a party in Dallas in 2014. In the caption for the photo she is listed as Lindy Gaubert, but I could find no record of the two ever being married.

Numerous message boards in Houston and connected to Buzbee’s alma mater Texas A&M are openly speculating about whether or not Lind Lou Layman has another occupation other than freelance court reporter. ?

Meanwhile, Lindy Lou’s arrest has gone viral nationally, and because of the fine art angle, it has even garnered the attention of renown art critic Jerry Saltz! Although Jerry’s response on Twitter was coming more from a stance of being a Tony Buzbee critic than an art critic:

Um yeah, I'm against wanton destruction of art but this woman destroyed 2 Warhols owned by Tony Buzbee (blue suit) but this'll be an exception: Guy parked a tank outside his mansion & hosted a Donald Trump fundraiser. So um, he had it coming. She's innocent. From @hyperallergic pic.twitter.com/S68OYPeP5T

In Tony Buzbee’s defense (as if he would ever need help with that), he did later renounce his support for Donald Trump after the recording of Trump’s now-infamous quote about grabbing women by the pu**y surfaced. After publicly announcing his change of heart, Tony Buzbee was contacted by numerous national media outlets for comment, including an invite from Anderson Cooper to appear on his show. “Because everyone is so damn interested, I now will formally announce my choice for President: I am writing in Dan Moran,” Buzbee wrote on Facebook. “He is the best choice. Look him up. He is above this foolishness and chicanery.”

Buzbee later reneged on his condemnation of the foolishness and chicanery by donating $500,000 to Trump’s inauguration committee.

Speaking of foolishness and chicanery, we thought we might help Tony Buzbee deal with the pain caused by the damage done to his personal art collection by creating an original work of art inspired by Andy Warhol and Tony’s regretful romantic Lindy Lou rendezvous: 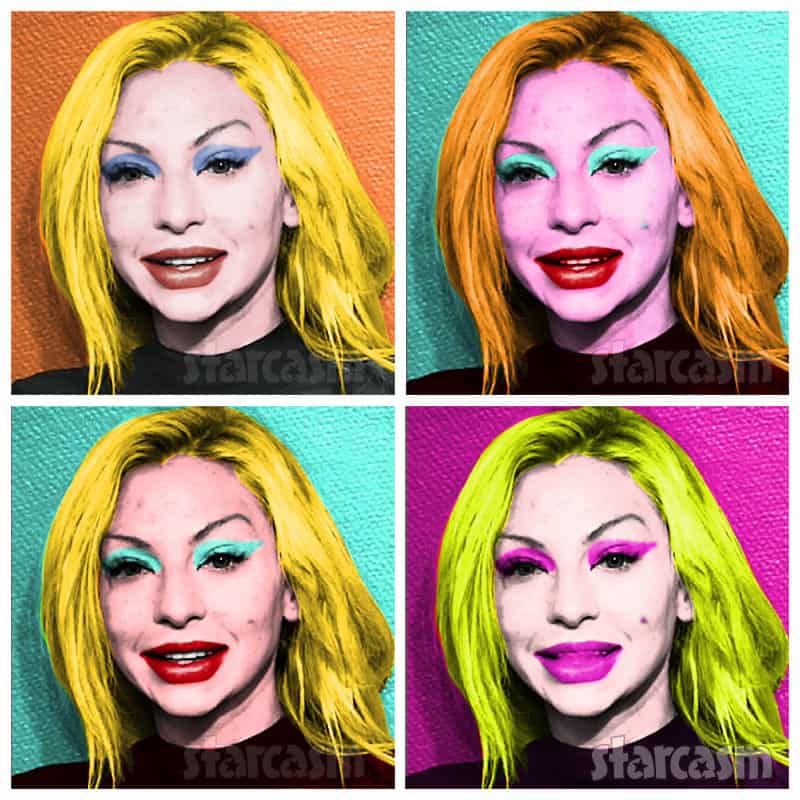 Beautiful, isn’t it? All joking aside, I think the pop culture obsessed Warhol would be proud. 🙂