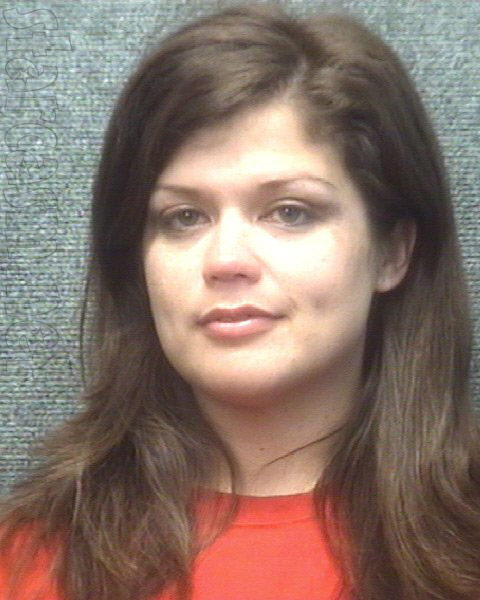 Welcome To Myrtle Manor‘s self-proclaimed “turtle hunting, four wheel driving redneck of the Darlin Dogs Empire” Amanda Adams can now add drinking and driving and telephone pole crashing to her resume. The Georgia-born party gal was arrested early this morning after officers found her and her mangled Jeep Wrangler near a downed telephone pole.

Amanda was administered a breathalyzer on the scene and blew a .20 according to the police report, which is two-and-a-half times the legal limit. Amanda was taken to the Myrtle Beach Jail where she was booked and asked how much she had to drink. “Three beers and four shots,” Amanda said, according to the report.

Here’s a photo of Amanda and her Jeep prior to the accident: 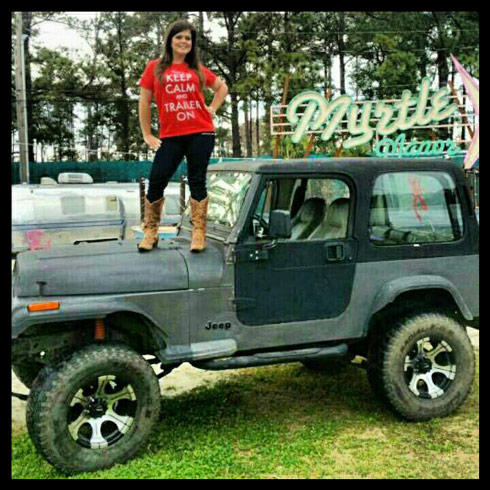 So far all has been quiet from Amanda on Twitter and Facebook, but that could be because of the difficulty associated with tweeting or Facebooking while extremely hungover and in jail. (Perhaps subconsciously foreshadowing this unfortunate event, Amanda chose the Twitter ID @MyrtleManor_AA.)

On a slightly more positive note, Amanda had just finished participating in a March of Dimes charity fundraiser in which she was stuck on a roof until she raised $500. In the end she wound up raising more than $1,100. 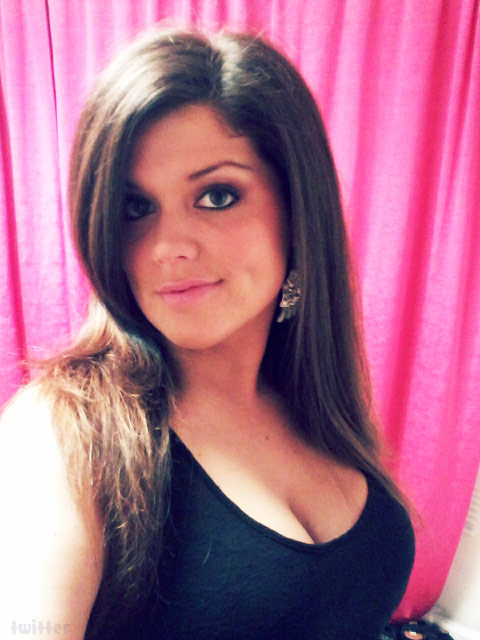 Fans of the show know that Amanda, 26, was Myrtle Manor’s resident party girl. On the first night after moving in with Darlin’ Dog Wiener Girls Chelsey and Lindsey, Amanda went a little overboard on the booze and was found the next morning passed out on a lounge chair in the yard. Never one to back away from controversy when it comes to its programming, perhaps TLC will now give Amanda her own spin-off series titled Welcome To Myrtle Beach Jail.

UPDATE – Amanda is out and is back on Twitter. She responded to the pseudo-rhyming tweet “Miss Myrtle Manor,
Was in the slammer…” with “catchy! lol just thankful i’m alive, no one was hurt, and lesson learned, that’s sure sure”

PHOTOS OK Sex Ed teacher arrested for sex with student, including in the teachers’ lounge