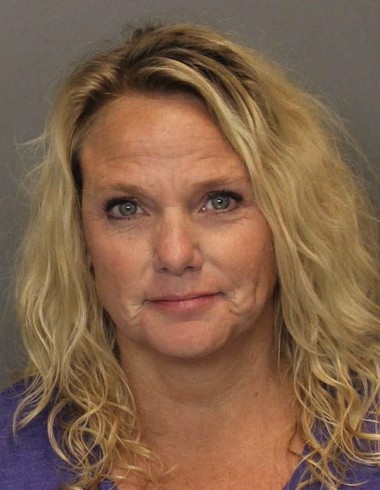 Mary Katherine Pursley, a special needs teacher in the Cobb County school system with 21 years of experience, was arrested this week for putting an autistic student into a trash can to try and calm him down.

Pursley was monitoring an after-school program at Mt. Bethel Elementary school when the student, a boy in the second grade, began acting in an unruly, grumpy manner. Eyewitnesses told the Atlanta Journal-Constitution that Pursley compared his behavior to that of Oscar the Grouch from Sesame Street.

According to the arrest warrant, “[Pursley] talked with the victim about Oscar the Grouch and his ‘trashy behavior.’ The accused told the victim, ‘If he had trashy behavior like Oscar, he’d go to the trash can.'”

Then, while others in the class looked on, Pursley picked the student up by his ankles, dangled him over the garbage can, and lowered him inside, head-first. The student cried and shouted for Pursley to stop; she asked him “Are you going to stop yelling now?”

Among the eyewitnesses in the classroom were two paraprofessionals, along with the director of the after-school program for Mt. Bethel. As it was an organized program, there were also several students in the room.

Pursley was charged with cruelty to children in the first degree, and released from prison after posting a $45,000 bond. She has been suspended, with pay, for the duration of the school board’s investigation.