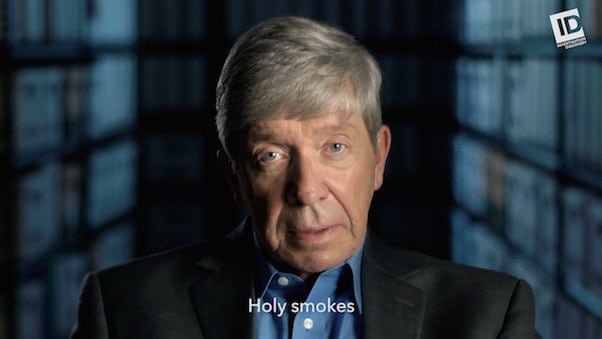 It’s a sad day for fans of true crime television in general and groundbreaking show Homicide Hunter in particular. Lieutenant Joe Kenda, whose matter-of-fact delivery and dry humor helped turn the show into an international hit, has announced that Homicide Hunter Season 9 will be the show’s last. According to Kenda, the decision to end Homicide Hunter was surprisingly easy — if not easy to actually make — and stems from simple math.

We once speculated that Homicide Hunter could easily continue into its 20th season, given the number of cases Kenda worked while a member of the Colorado Springs Police Department. During his career, Kenda investigated 387 murders (and solved 356 of them). And as of Season 6, Homicide Hunter had aired 82 episodes. Those figures, combined with the show’s huge fan base, seemed to signal a lot more seasons to come.

But, as Kenda himself announced at IDCon 2019, things aren’t actually that cut-and-dry. In truth, most of the remainder of the cases in Kenda’s files are “too simple” to make for good TV — or they’re “too disgusting” to make it on the air.

Here’s Joe Kenda’s announcement that Homicide Hunter Season 9 will mark the end of the show, followed by a transcript of his remarks:

A post shared by Investigation Discovery (@investigationdiscovery) on May 18, 2019 at 1:31pm PDT

Hi, this is Joe Kenda from Homicide Hunter on Investigation Discovery. It has been my honor to entertain you for all of these years. But recently I came to a decision that Season 9 would be the final season of Homicide Hunter.

The result of that is, I want to go out at the top of my game. And Season 9 will be the top of my game. I didn’t want to be the athlete that stayed on the field for one season too long, or the singer who remained on the stage after they lost their voice. You’re entitled to the best entertainment I can offer you. That will be Season 9, and then we will say goodbye.

But it’s not really goodbye, because Investigation Discovery has informed me they have other plans for me. So I’ll see you again in something else…just not this.

So, while it’s a sad day for Homicide Hunter fans, it’s actually a bittersweet one for fans of Joe Kenda. It sounds like Investigation Discovery is giving us a whole lot more of Kenda’s unique narrative style on a show that has yet to be named.

As soon as Kenda made his announcements, the tributes started pouring in. Murder Chose Me star John Nicholson paid tribute to Homicide Hunter, saying, “Without a doubt HH paved the way and opened doors, making it possible for a show like Murder Chose Me to be on the air.” Nicholson added, “We salute you guys & much respect.”

While you wait for the official Homicide Hunter Season 9 premiere date, remember that you can stream every episode of Seasons 1-8 on the show’s official site.