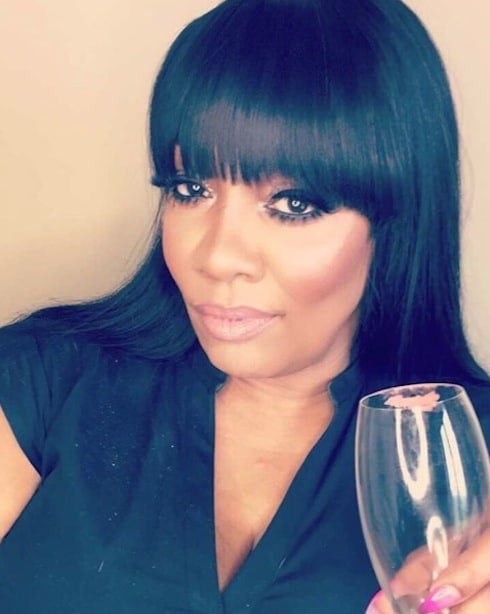 The Karen King LHHATL story continues to fall down a legal rabbit hole, and, at this point, there’s no telling what will happen to either Karen or Sas, her remaining free son. Love and Hip Hop Atlanta‘s Karen King does continue to fight the good fight where her recent legal woes are concerned–but the charges against her are serious indeed, and have KK staring down the barrel of a possible 30-year prison sentence.

First, a quick Karen King LHHATL recap, in case you missed a step in this story. (Which would be totally understandable, given how many of Love & Hip Hop Atlanta‘s cast members have faced legal trouble this season.) Two weeks ago, in the early morning of May 24th, Karen King was arrested in connection with a series of forgeries, identity thefts, and shoplifting incidents at a Saks Fifth Avenue in Atlanta. (At least one employee of the store was arrested along with Karen.) Currently, Karen is only facing one each of those three charges; it’s not known whether Fulton County police are planning to file more charges, since it is known that they had a surveillance operation set up at Saks for at least some time before the arrests.

According to Karen, the whole thing is a big misunderstanding: she issued a statement after the arrest, one in which she claimed that, as a customer of Saks Fifth Avenue, it made “no sense” for her to steal from the store: “I pull clothes from Saks Fifth Avenue for work,” Karen said. “Why would I go to a store that I frequently shop at? It makes no f*cking sense.” (Then, in her admittedly confused state, she contacted the chief witness in the case against her after being instructed specifically not to contact any witnesses at all.) 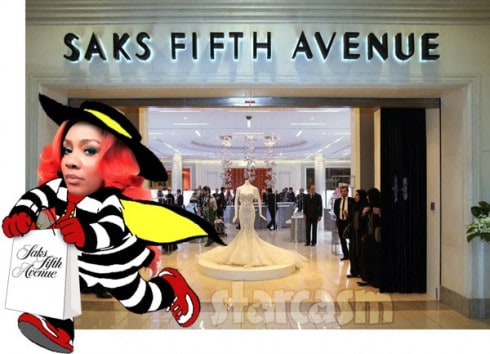 It’s perhaps unsurprising that Karen would plead innocent of the charges–especially when one considers how serious they are. Again, Karen only faces three criminal charges: one of theft; one of identity theft; and one of forgery. But it’s the latter two that are by far the most serious, and that could, in the worst case, see her go to prison for a very long time. According to the state of Georgia’s sentencing guidelines, forgery has a minimum one-year sentence, and a maximum fifteen-year sentence. (Given the rumors of Karen’s past as a forger and identity thief–no evidence for which has yet come to light, it’s worth pointing out–it seems plausible that a judge might lean toward the upper end of that spectrum.)

Additionally, the financial identity theft charge carries a maximum sentence of fifteen years, plus a fine, and “criminal forfeiture of any personal property used or intended to be used to commit the offense.” (As for the theft charge, it’s a felony in the state of Georgia when the value of the item exceeds $500–in Karen’s case, the value of the items totalled just under $5,000. Beyond that, though, the guidelines get murky: they depend on prior arrests and convictions, and offer too many possibilities for a bystander to speculate upon.)

Having said all that, then, Karen is keeping an almost defiantly upbeat presence on social media. For starters, she’s been a great deal more upbeat on social media in the wake of her arrest:

I’m happy and I’m blessed and my love life is amazing. My Mgr. @tchat_consigliere and my co-host Kenya Kardashian #pleasedontcallthepolice #letmelive #chokeonmyname

She’s also shared even more photos with family members–which is quite a feat, when you remember how frequently Karen shares photos of at least Sas, if not her extended family as well:

My grandson Roddy man came to hang out with me for my bday I love him so much where is Diva Dukes @vh1 @vh1lhhtea @sas_nbl @__kingchriss @theshaderoom @theindustryonblast_ A photo posted by Karen King (@iamthequeenkarenking) on May 26, 2016 at 4:57pm PDT

Karen has also taken to tagging almost every one of her updates with the hashtag #pleasedontcallthepolice, and, when she’s feeling especially vulnerable (which must be pretty often, given how vindictive LHHATL fans can be!), with the added hashtag #chokeonmyname:

Y R people so cruel ? I guess that what it takes to win, my advice to all u miserable people try to b happy, I am #chokeonmyname #pleasedontcallthepolice #letmelive @vh1lhhtea @vh1 @loveandhiphopfights

#pleasedontcallthepolice and #letmelive please leave your info right here on this post on my ig if u are following on FB and Twitter switch over to @iamthequeenkarenking and leave your name and city so the people can know who on the King family team. I love y’all I c u watching I fell the live and if you are hating do me a favor an #chokeonmyname c u tonight at KK live………. @vh1lhhtea @vh1 @loveandhiphoptea4u @loveandhiphopofficial @balleralert A video posted by Karen King (@iamthequeenkarenking) on Jun 6, 2016 at 12:30am PDT