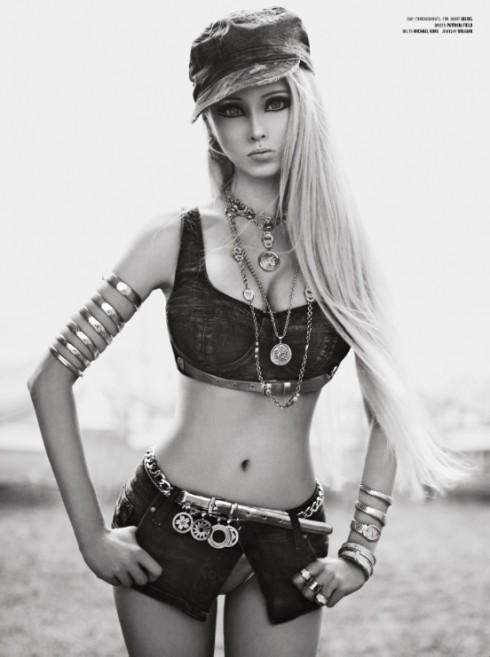 A lot has happened since Valeria Lukyonova, the Real Life Human Barbie Doll, became virally famous in the US. She’s been accused of being “fake,” and “fake” can mean a lot of different things, but the major controversy is whether or not she’s overly photoshopped to achieve her “Barbie” look.

She’s also revealed her friendship with another Human Barbie: a “spirit sister” named Dominika (real name Olga Oleynik.) Both girls are from Odessa, Ukraine, met on the internet five years ago, and according to The Daily Mail, have plans to come take over the United States. Watch out America!

Both girls have tiny, tiny waists and doll-like faces exaggerated by makeup. Valeria’s on the left, Dominika’s on the right: 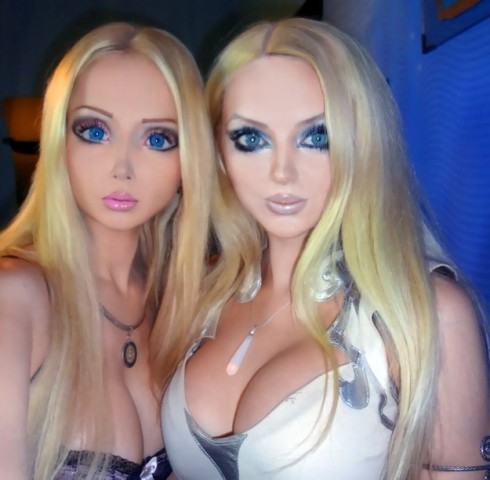 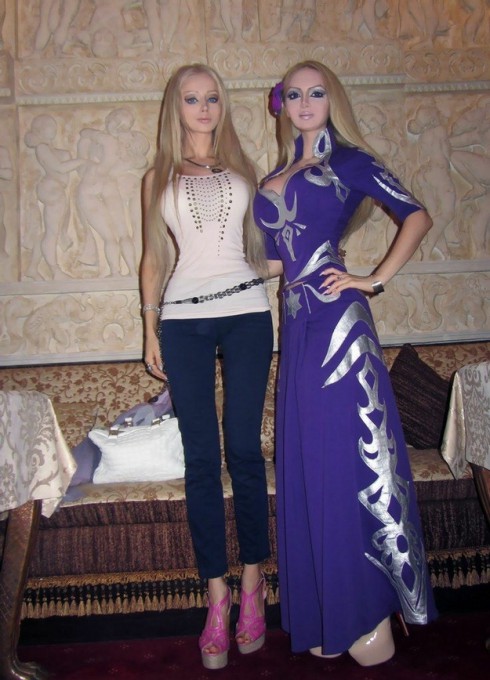 The jury’s still out on whether or not Valeria has had any kind of plastic surgery, but she definitely doesn’t use Photoshop to achieve her look. She uses makeup and contact lenses. This was called into question a few weeks ago when someone posted a screenshot from Valeria’s very public Youtube Channel, where she’s not wearing her contact lenses and appears to be in a middle stage of her “Barbie Makeup” or possibly she’s just been playing around with her makeup: 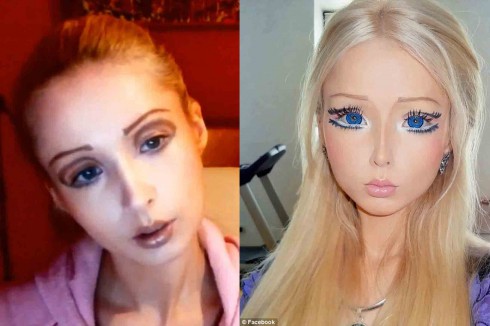 Is the human Barbie fake? Yes and no. She doesn’t use photoshop, but she definitely uses tools and tricks to make herself look different than she would naturally, and might have gotten plastic surgery.