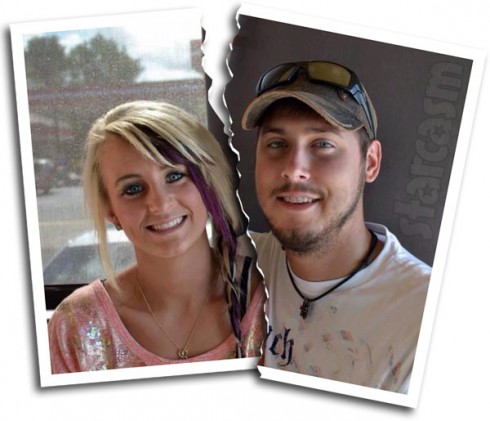 And just like that, it’s all over for Teen Mom 2‘s Leah Calvert and Jeremy Calvert. Less than two months after Leah was reportedly served divorce papers at the grocery store, the parents of Addie are formally done.

“They had an uncontested divorce,” a source told In Touch, explaining that everything was finalized at West Virginia’s Roane County Court on June 8. “The terms, including a custody arrangement for Adalynn, were agreed upon prior to the hearing. It was all over in about 15 minutes.”

The Ashley’s Reality Roundup reports Leah and Jeremy also met in court in May to reach a custody agreement. Despite what has been previously reported, Jeremy did not seek full custody.

“He knows because of his job he can’t do that,” the source said. “There’s no way he can raise Addy on his own while he’s working out of town so frequently. Whoever reported that to the tabloids is misinformed.”

The Ashley‘s source said Leah sought $1,250 per month in child support — and added Leah will depend on it because she’s basically broke. (The new season of Teen Mom 2 will also help with that.) The In Touch insider said Leah was able to participate in Monday’s meeting over the phone while continuing her rehab session in Utah, where she is reportedly getting treatment for depression and stress. She is due for release later this month.

Meanwhile, Jeremy has moved on with girlfriend Brooke Wehr. Even though sources say Jeremy is thoroughly enjoying his life away from the cameras, he will have to film the Teen Mom 2 reunion next month. After that, it’s unclear if he’ll have any role in future seasons.

The new season of Teen Mom 2, featuring scenes about Leah and Jeremy’s split, premieres on MTV on Thursday, July 9 at 10/9c.

Taylor Swift and Tom Hiddleston are over

Courtland Rogers still on the run, feuding with Jenelle Evans on Twitter