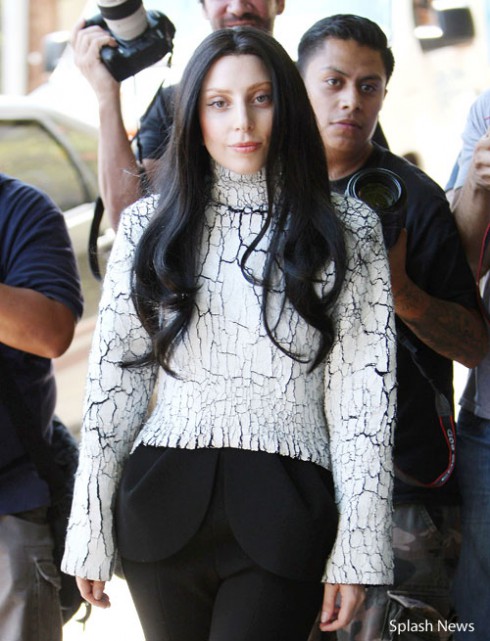 The Lady Gaga and Perez Hilton feud has reached new heights today as Lady Gaga accuses the celebrity blogger of stalking her and trying to move into her NYC apartment building while she’s away in L.A.

Someone alerted her via Twitter that they spotted Perez in her apartment building, which she says she confirmed.

@PrinceNeptune_ I have confirmation from the building he was there. Thank you so much for telling me. I will handle it.

She then pled to Perez via Twitter to leave her and her family alone:

@perezhilton STAY AWAY FROM ME + MY FAMILY YOU ARE SICK TRYING TO RENT AN APARTMENT IN MY BUILDING TO STALK ME. LEAVE ME ALONE!!!

She also let out a few emotional tweets.

DO I NEED TO BE SHOT IT IN THE HEAD FOR PEOPLE TO UNDERSTAND THAT HIM AND EVERYONE ELSE THAT HARASSES ME HAS GONE TOO FAR? IM A HUMAN BEING

I just want to make music+make people smile. Im sorry to all the fans who are trying to enjoy whats suppose to be a happy time. Gone too far

Perez responded be retweeting three tweets from Lady Gaga fans calling for Perez to be killed. He also tweeted Katy Perry’s “Roar” video with the lyrics
“You held me down, but I got up (hey!) Already brushing off the dust!!!”

I have a 19 inch penis! #DontBelieveEverythingSomeoneTweets

UPDATE – The feud has exploded! Click here to read Perez Hilton’s statement about the stalking allegations, Lady Gaga’s angry response calling him a “liar,” Perez Hilton’s numerous responses to that calling Gaga “cruel” and saying she “purposefully tried to sabotage other artists!”

Lady Gaga had “giant craters” in her hip before surgery, almost had to have her hip replaced