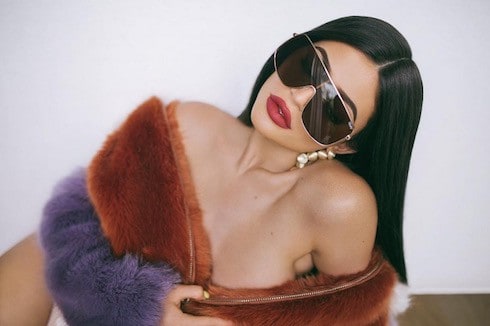 At this point, it’s a struggle to keep up with the number of different variables in the Kylie Jenner pregnancy story. We never know exactly what’s going on with the Kardashian family, and this instance is no different: Kylie’s baby daddy could be current boyfriend Travis Scott or oft-maligned former sputtering flame Tyga; Kylie might be due in January, February, or March; she also might be Kim Kardashian’s top secret surrogate–or Khloe’s even top-secreter one.

But is Kylie Jenner having an abortion? The first mention of the possibility came in an In Touch article earlier this week, which quoted an anonymous insider who claimed that Kylie is “weighing all of her options” when it comes to the pregnancy. The same insider said that “Kylie was very conflicted in the beginning about whether or not she was going to keep the baby. It was a decision that was weighing heavily on her and it wasn’t something that she took lightly”–and never clarified whether Kylie had actually decided one way or the other.

It may be worth noting that almost all of the suddenly self-conscious Kylie’s IG updates since the pregnancy story broke have been from the chest, shoulders, or neck up:

watch me and @jordynwoods give you guys a sneak peek of all the new FALL lip kits launching October 6th! Video is up right now on the Kylie Cosmetics YouTube channel.

In addition, two new takes are fueling speculation over this particular question. One, from Hollywood Life, says that the pregnancy has “been a struggle for [Kylie],” and that “she is a little insecure with her new body as it is now changing constantly.” The source also said “It is hard for [Kylie] because she is uncertain as to how her fans will react to pregnant selfies.”

And the second, from Us Weekly, further reinforces the general idea that Kylie is having an unexpectedly hard time with the physical changes her pregnancy brings. Kylie, who in their take is “at least” four months along, refuses to “leave the public eye,” since “she has too much going on with work” to disappear, however much she might like to. She’s also been “talk[ing] through her decision” with Kris Jenner.

At the same time, Us’ article alleges that the current season of Keeping Up With The Kardashians “will heavily document [all three] pregnancies,” presumably around the suspected February-ish due dates. And Hollywood Life’s insider later adds that Kylie “feels she will make a big [social media] comeback soon,” one that might even involve “steamy pregnancy pics.”

(Photo credits: Is Kylie Jenner having an abortion via Instagram)

Will Jillian Michaels be the next Oprah?