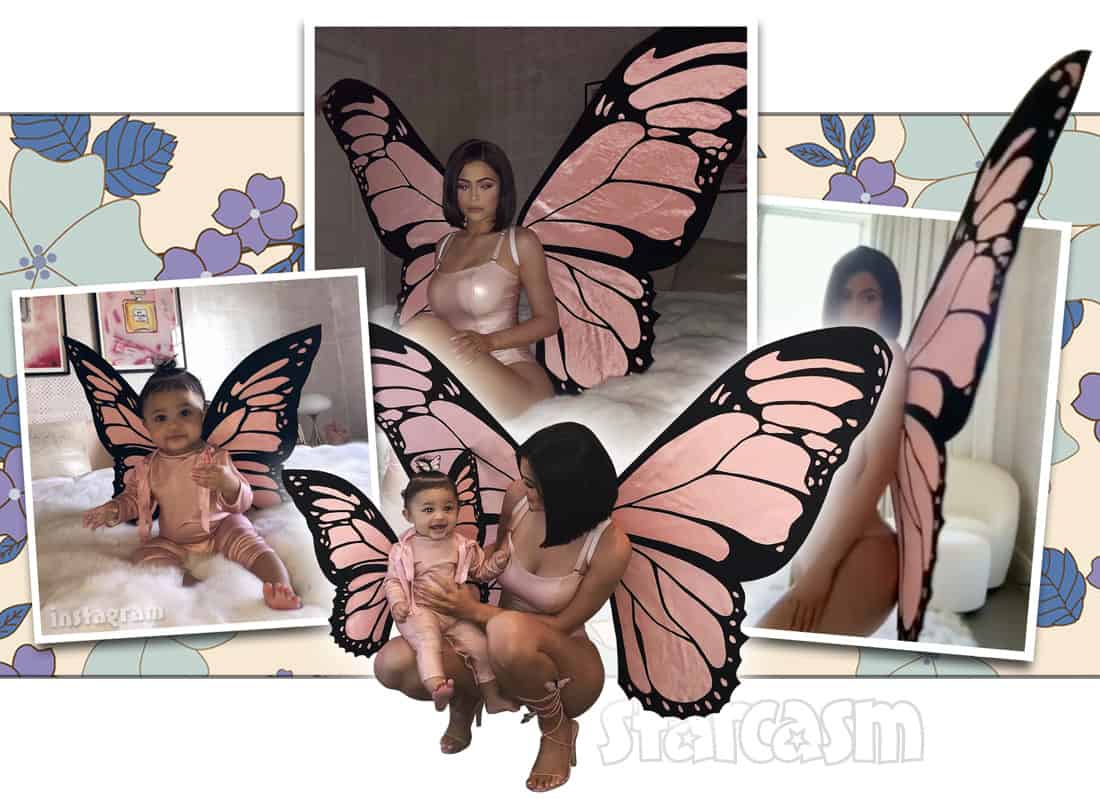 Being a young celebrity mom at Halloween can create quite the quandary when choosing Halloween costumes, especially when coming up with a matching concept for your 8-month-old daughter. You want to be a little bit sexy, but age appropriate — and you need the concept to be scale-able and suitable for your mini-me as well. Oh, and if you can reference your musician boyfriend’s single, that’s just icing on the cake!

Kylie Jenner managed to accomplish all of these objectives with her daughter Stormi Webster, as both gals were perfectly dressed as matching pink butterflies!

Kylie then shared a photo with her and daughter Stormi wearing their butterfly costumes together. “My baby butterfly..” Kylie wrote.

For her third photo, Kylie highlighted just Stormi — who definitely put the “fly” in butterfly as she casually exuded her Papilionoidea cuteness while floating on a cloud-like furry-soft white bedspread. Here are all three photos in order: 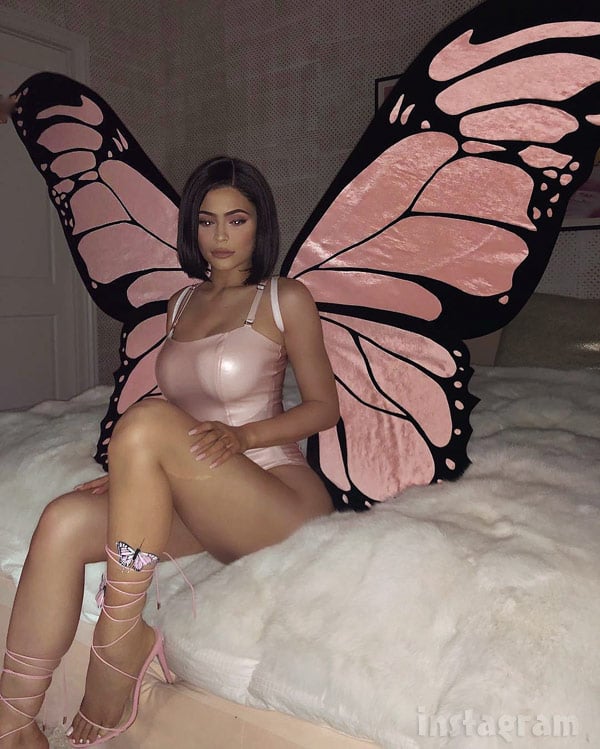 If you’re curious about where Kylie got her and Stormi’s butterfly costumes, the custom pink bodysuits are by LA Roxx, the wings are by Mother Plucker Feathers, and Kylie’s lace-up heels are by Antidote LA.

As far as Stormi’s Halloween plans, Kylie previously revealed in a makeup collab video with James Charles that she plans on keeping it simple — very simple. “I’m going to take her to one house, my neighbor’s!” Kylie said. “We live on a new street and there’s no houses on that street. It’s just me and my neighbor, I swear it’s the most quiet street I’ve ever been on.”

One house?! I dunno about that. You gotta let that little butterfly spread its wings and fly! ? (And knock, and get some ??? yo!)