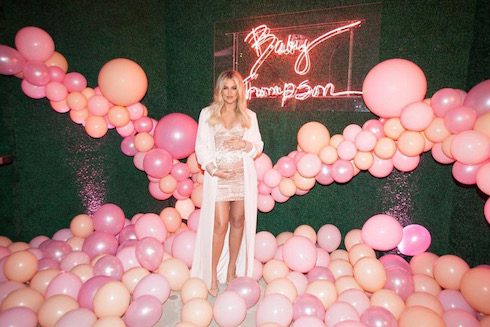 Her fellow pregnant sisters only announced the birth of their children days after delivering them earlier this year — so did Khloe Kardashian give birth already, too? According to some very tasty gossip, Khloe and Tristan may have actually already welcomed their baby girl into the world.

For starters, recall that both Kim Kardashian and Kylie Jenner didn’t formally announce the births of Chicago or Stormi until well after those babies had actually been born (and speculation had reached feverish levels). Kim’s announcement of Chicago’s birth via surrogate came a little more than a day later; Kylie waited a full four days before springing the news of Stormi’s birth.

Given Kris Jenner’s penchant for media control, it would be highly unusual for Khloe to go a different route with the third Kardashian grandbaby of 2018.

Furthermore, we know that Khloe has been nesting in Cleveland for weeks, awaiting the arrival of she and Tristan Thompson’s little girl. Which does explain why Khloe was absent from the Kardashians’ elaborate Easter party yesterday.

One thing it doesn’t explain, though, is why Khloe’s sisters have been so erratic on social media of late. Kourtney’s last Instagram update came three days ago, and was taken in what looks like it could be the bathroom of a hotel suite. Kylie’s most recent update that wasn’t just a cosmetics ad was almost certainly taken in a hotel room. So were Kim’s and Kris Jenner’s.

So, timeline-wise, it’s at least physically possible for the private jet-happy family to have flown out to Cleveland in secret last week, welcome Khloe’s baby girl, and then fly back to their Calabasan compound for an Easter frolic…with no one being the wiser until Khloe’s post-dated birth announcement went public a few days later.

Finally, though the narrative surrounding Khloe’s due date has shifted over the last few days, almost every report from earlier this year said she was due in late March — not early April, something that’s only now being claimed with regularity.