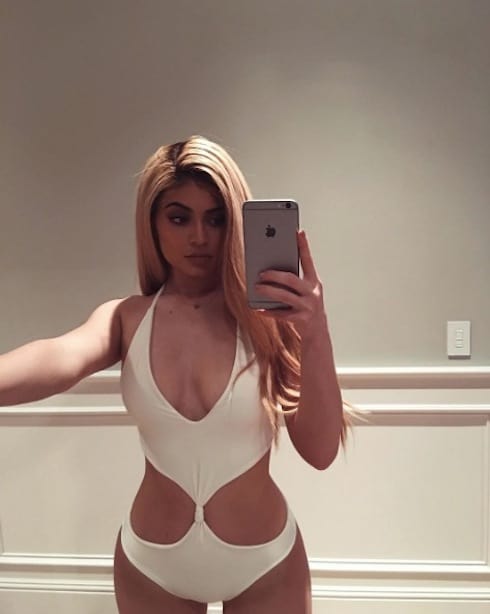 For months, legions of Kylie Jenner’s fans have asked the following question: Are Kylie Jenner and Tyga still going out? And, twice before, the answer has been: No, they are not. But, like with cockroaches and the Trump campaign, Kylie and Tyga’s relationship always rises from its own ashes, and lurches forward, somehow alive. However, a pair of new reports are raising suspicions that the 18-year-old multimillionaire reality TV star and her boyfriend, whose claim to fame is being the 26-year-old who nails her, have broken up for a third–and possibly final–time.

For those of you keeping track at home: the pair first broke up last spring, shortly after Tyga got a giant tattoo of the word “Kylie” on his forearm; Kylie claimed that her father Caitlyn Jenner’s courage in revealing herself as a transgender person gave her the courage to break things off with the Tygster. Tyga won her back with a picnic. Then, last November, Kylie again broke up with T-Raww, supposedly because he allegedly cheated on her, possibly. (Tyga has also been accused of cheating on Kylie at least four times over the past year.) 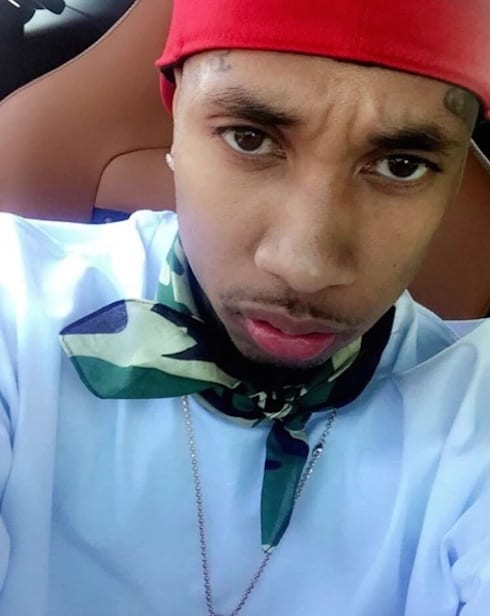 So: maybe it’s just wishful thinking, but there are a pair of new reports today, both of which claim–however questionably–that the two have broken up once more. Noted teen gossip rag X17 has it on good authority that Kylie is “single and ready to mingle,” citing Kylie’s ongoing public appearances without Tyga and his absence from her social media pages as the primary reason. Also, they didn’t hang out after the Met Gala last week, or pose together before it. And, to be fair, not posing before an event of that magnitude is a pretty big deal, as far as gala etiquette goes–it’s like skipping your aunt’s dish at Thanksgiving.

Additionally, ANN alleges that we should read another set of tea leaves: namely, that Kris Jenner dissed Tyga by leaving him out of a photo collage of the Kardashian men on Instagram a few days ago. It’s worth pointing out that all of the men in the post (Lamar Odom, Scott Disick, and Kanye West), were either married to one of Kris’ daughters or created new, so far healthy Kardashian babies with their chosen Kardashian mates. And Tyga has yet to do either of those things. So, again: it could just be wishful thinking.

I love you so much Kanye, Scott and Lamar!! To my son Lammy, I am so thankful for your strength through adversity and your sweet gentle spirit. I am blessed beyond words to have all of you in my life. Thank you Kanye and Scott for being such incredible, loving and devoted fathers to my grandbabies. I can’t put into words how blessed I am to have you both!! I promise to always be here for you, and love you like my own. Thank you Scott for bringing so much laughter to my life. You’re crazy and wonderful and unique to the core. Kanye, thank you for being you!! You are an amazing friend and son, and the best daddy to North and Saint!! You inspire us all. Wow… feeling blessed and grateful today. ❤︎ ❤︎ ❤︎ #mothersday #grateful #blessed #family

At the same time, People is reporting that Kylie has been under extra stress lately, thanks to her still-contentious relationship with brother Rob’s fiancée Blac Chyna. Kylie was “forced to swallow [her] pride” in this Blac Chyna deal, says the publication; “she didn’t want to,” but “she’s doing it for the greater good of everyone involved.” And, if you need to give vent to your frustrations, who better to unload on than Tyga?   (Photo credits: Are Kylie Jenner and Tyga still going out via Instagram)