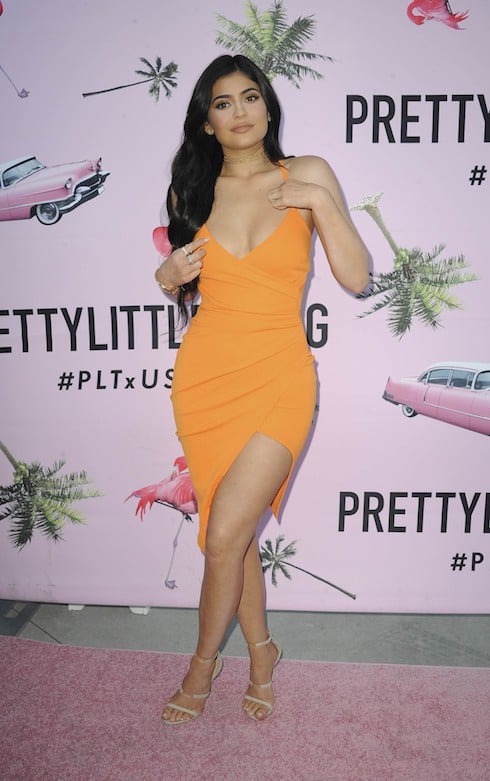 Though Kylie Jenner pregnancy rumors and secret marriage allegations have hounded the 18-year-old ever since she got back together with Tyga for the fourth time, she insists they aren’t true. Though Kylie has been showing off an impressive diamond ring of late, and has taken to referring to her 26-year-old charity case as “my husband,” alleged insiders say the pair has not gotten hitched in any top secret ceremony–and that Kylie’s typically toned tummy isn’t hiding any baby bump surprises.

Kylie appeared to surprise and delight her many detractors when she broke up with Tyga for the third time just a few weeks ago. The couple couldn’t stay apart, though, and decided to give their relationship a fourth try for reasons passing understanding. (“Why is Kylie Jenner with Tyga” continues to be one of the most popular questions asked about the fledgling makeup mogul.)

And, while last week it looked like Kylie might be fooling around with PartyNextDoor behind Tyga’s back, this week, gossip about her alleged pregnancy has flared up again, in large part because the ring she can’t help flashing is Tyga supposedly gave her. (Though Tyga apparently came crawling to Kylie for help in part because he’s got huge debts, so it’s worth asking whether the diamond ring is even from him.) 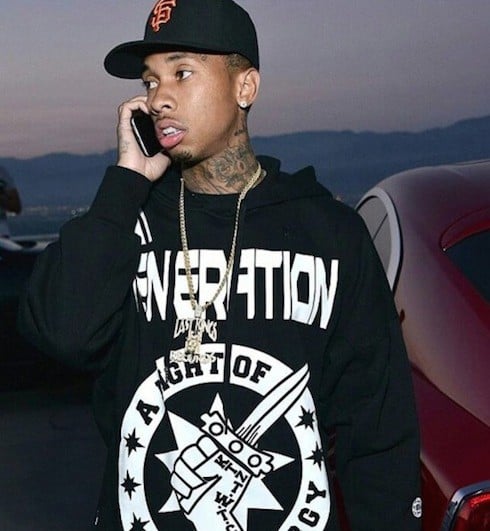 Kardashian home base E! is on record claiming that “Kylie Jenner is not engaged, despite” the ring, and they’ve got the insiders to prove it. Though she was eager to broadcast the bling on her Instagram page–and snag 1.6 million likes in the process–Kylie is no more engaged to Tyga than Tyga is engaged with the music scene:

Kylie “has discussed marrying Tyga,” two separate sources are said to have told E!. One elaborated thusly: “Kylie has brought up marriage with Tyga to her friends lately, both jokingly and seriously….It wouldn’t happen now but she’s been thinking about it more and wants a future with him.” This is because, apparently, the two are “super in love! Every time they take time apart, they come back closer than ever. It’s kind of a cycle for them but the break was good for them. It made them miss each other and appreciate each other more.”

And, if they do decide to upstage Rob and Blac on the marriage front, it seems that finding each other won’t be any problem. Kylie has invited Tyga to live with her indefinitely, another, separate source told Us Weekly. “It’s up in the air,” that insider alleged, “if he is going to live there permanently or is just staying there for now….[But] he is staying there with her.”

Kylie Jenner recently moved out of the $2.4 million cottage she purchased at age 17 and into a $6 million Calabasan home she snagged earlier this summer.