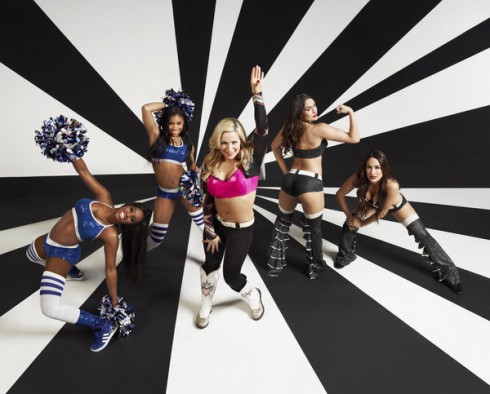 When you make a living entertaining millions of fans with fake slams, feuds and romances on WWE, reality television seems like a natural transition. That’s exactly what E! is set to deliver this summer with Total Divas, a new show featuring the Bella Twins, Funkadactyls and Natalya.

“Total Divas goes inside the personal lives of these glitzy, glamorous celebrities who entertain sold-out crowds in arenas around the world and are adored by millions of fans,” said a representative from E! in a press release.

Although the Funkadactyls and Natalya will surely spice up the show, it’s the Bella Twins who caught our attention. They already have devoted WWE audience, but many more of us need a primer on the Mexican-Italian identical twins. 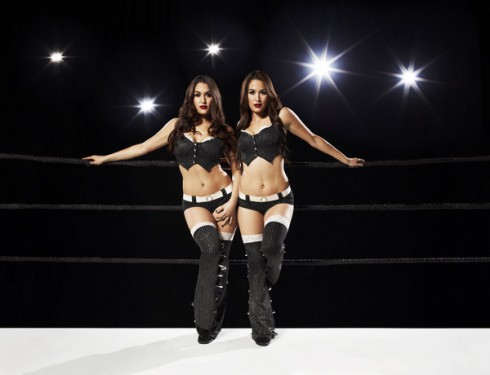 The dynamic Bella Twin tag team consists of Brianna and Nicole Garcia-Colace, 29-year-old sisters from Arizona. From the very start of their careers, Brie and Nikki Bella have been using “Twin Magic” to win matches. Described as “every bit as cunning” as they are cute, the Bella Twins apply that same mischievous nature to their everyday lives.

“If I needed to break up with a guy, she would go do it for me, and I’d do the same for her,” Nikki said in an interview with Maxim last year. That’s what we call ‘twin magic.'”

Fans around the world revolted when the ladies retired from the WWE last spring. But, in a fitting move for the devious duo, they pulled a remarkable comeback earlier this year.

A constant willingness to do the unexpected seems to sum up the Bellas. Take for example the fact that the ferocious fighters are actually vegetarians. Also surprising is that they never watched wrestling as kids and only got into the sport after ending their soccer careers. 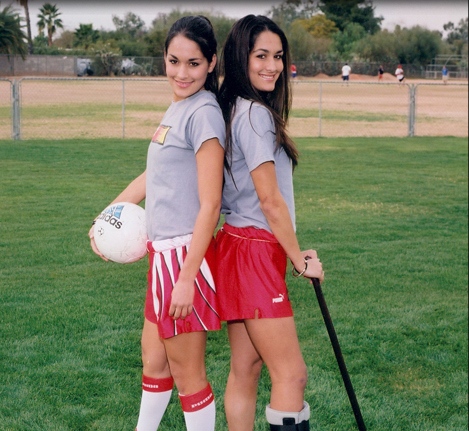 “We both were huge athletes,” Brie told The New York Post in 2012. “We were on a competitive traveling soccer team for nine years. Nikki then went on and played two more years in college. We both started getting into modeling and commercial work. Loving entertainment, but having our athletic talent, WWE seemed like the perfect fit for us.”

In the seven years since their debut, both Brie and Nikki have won the WWE Championship. (In reverse birth order, Brie won first and Nikki followed suit one year later.) As successful brawlers, the Bella Twins have attracted an incredibly enthusiastic audience — mostly filled with fans eager to dish out compliments on the twins’ toned bodies. Yet, the down-to-earth ladies don’t let it go to their heads.

“To some, we are hot women, to others, circus freaks,” Brie told The New York Post.

Brie is in a relationship with Daniel Bryan, the championship-winning “American Dragon.” 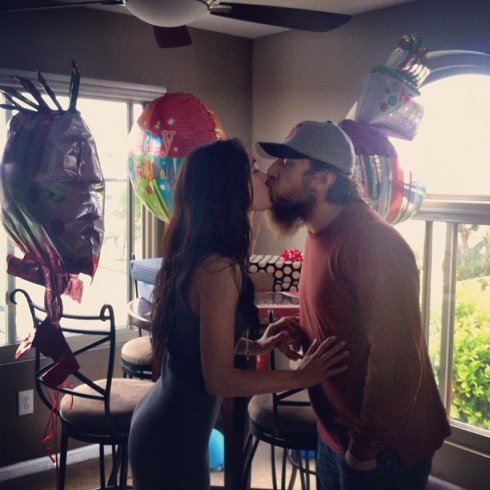 As an interesting side-note, in a 2011 video for WWE, Brie and Nikki bet on who would snag Daniel Bryan’s virginity.

Nikki is in a relationship with wrestler John Cena, who you may also recognize from his acting roles. TMZ first reported Nikki and John’s relationship last fall, shortly after he divorced his first wife.

Neither twin has been married, but both feel like they’ll be well prepared.

“I feel like I’m in this 26-year-old marriage, so I’m used to a lot of compromise,” Brie said in a 2010 interview with AZ Central. Nikki added they still leave room for individuality by residing in different towns — she’s in San Diego and Brie’s in Los Angeles.

Here’s to hoping that Total Divas goes easy on the WWE melodrama and heavy on some real Bella Twin action!

PHOTOS: Gerard Butler rocks a mullet on the set of Machine Gun Preacher