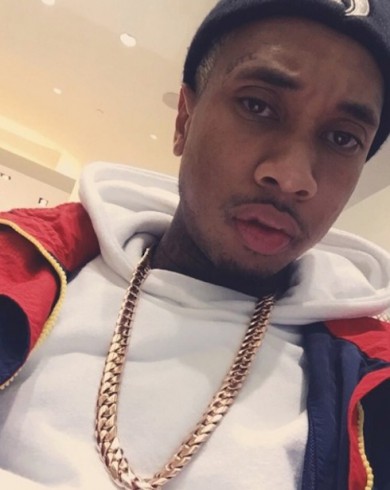 Things between Kylie Jenner and Tyga are only getting worse for the 26-year-old rapper. The couple, which has been on the rocks for weeks, is now dealing with the latest allegations against Tyga, who has possibly run out of money and been forced to file for bankruptcy. On top of that, a new report claims that Tyga’s alleged transgender lover Mia Isabella is trying to prove, once and for all, that her affairs with Tyga are very, very real.

Tyga bankruptcy allegations are not a complete surprise, given the man’s decadent tastes. Last autumn, we reported that Tyga, whose last hit (“Rack City”) was released in 2011, was approximately $500,000 in debt to Kylie Jenner. And, at the time, it was reported by multiple insiders that Tyga was “in talks” to write a tell-all book about the Kardashian family, burn all bridges to the group, and make a pile of money for himself in the process.

Now, OK! is reporting that the Tyga bankruptcy filing is very real, and that Kylie Jenner and Tyga may or may not be prepared to face this particular music together. Tyga has been living what that magazine calls a “double life,” stemming from his initial bankruptcy filing in late 2010. Financial records analyzed by noted bank HSBC accuse Tyga of “bogus filing[s] in order to freeze on his bills, [and] presenting evidence that he had transferred property to other parties in an effort to hide them from the court.” Apparently, that analysis was borne out by Tyga’s failure to follow through on his own filing. The bankruptcy claim was denied a year later; Eurweb reports that, since then, Tyga has been dragging his feet with creditors, accruing more and more interest on his assorted debts.

Tyga is fond of sharing photographs of himself in close companionship with money over social media. Whether he does this to flaunt his supposedly substantial wealth or to maintain a comfortable illusion of that wealth is unclear:

And, recently, Tyga shared a photo of Kylie Jenner on Instagram, as if to remind us that the two are indeed still together…

TSR STAFF: Debra Oh! @The_Ebony_Issue _____________________________________ Lord transgender model, Mia Isabella is back again for a second dose of exposing Tyga! _____________________________________ Mia recently took to Instagram to give Tyga a very public anniversary message… a three and a half year anniversary to be exact according to her! She claims that not only is she tired of keeping this love affair a secret , she also says she lost a lot in doing so. “People have spent almost a year pointing their fingers at me calling me a liar making me a stereotype in the media so now I’m gonna give you what you want. I worked my ass off building my career and book deal to not only lose that but also lose my soulmate– read more at TheShadeRoom.com (link in bio)

Both Kylie Jenner ad Tyga have yet to respond publicly to the Mia Isabella affair allegations. The last time they flared up, Tyga threatened to call in the FBI to get to the bottom of what he said was a hacked phone; it wouldn’t be surprising to see a similar reaction from him in this instance, given the amount of attention Kylie Jenner and Tyga receive every time one of Tyga’s reported affairs comes to light.

What is Scott Disick’s net worth? How does he make his money?