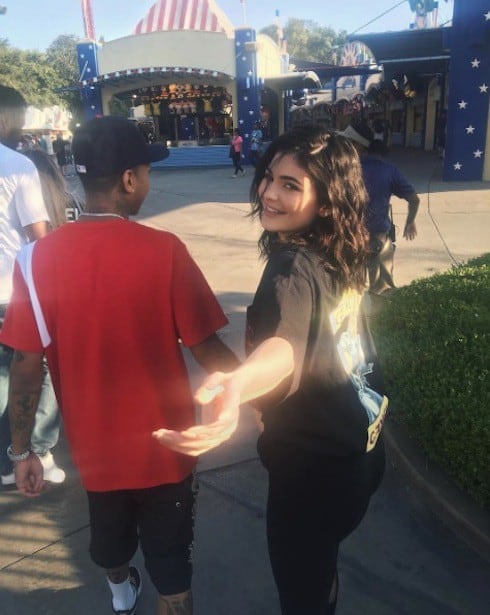 The Kylie Jenner Instagram phenomenon knows no bounds: Keeping Up With The Kardashians’ 19-year-old budding fashion maven recently passed a whopping 71 million followers, making her one of the most widely watched celebs in social media. But does Kylie Jenner take all of her own Instagram photos? Obviously, the always-prominent selfies are all Kylie’s own work. The vast majority of her shots, though, come from either fashion shoots–and those are a growing percentage of her updates of late–or from her very own professional photographer.

People recently uncovered the woman behind Kylie’s sometimes-controversial, always-considered Instagram updates, and sat her down for an interview. 25-year-old Sasha Samsonova is a nine-year veteran behind the camera; a native of Ukraine, she did her first professional shoot–for Harper’s Bazaar, no less–at the even-tenderer age of 17. Marie Claire followed; in Samsonova’s own words, “And then Elle reached out and I got a Harper’s Bazaar September story. It just all followed — and then I moved to L.A. I’ve been doing fashion photography my entire life.” 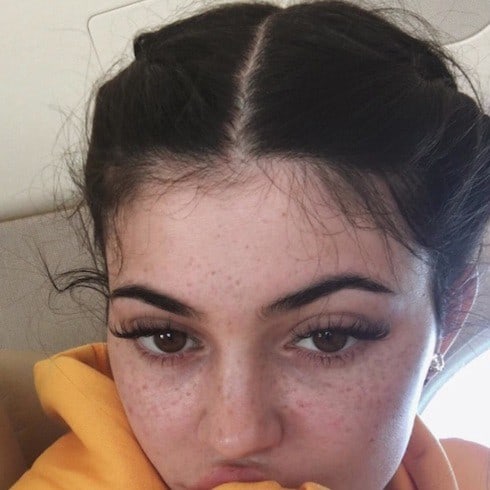 Samsonova was first hired by Kylie a year ago; Kylie herself reached out after being impressed by the woman’s work. Their first project together was the infamous colored wig shoot, and things clicked immediately. “She is great,” Samsonova said of her newest boss. “Super creative. I love working with her. She knows her body well, and knows how to move and what to do with it.”

And Kylie’s contributions to the photos generally have more to do with what she’ll be wearing on the other side of the camera, not the composition of the pictures of themselves. In other words: total photographic integrity. “My thing is more so location and lighting and stuff like that,” Samsonova explained. “I have a pretty distinct vision and no matter what it’s going to look like me.”

Sasha’s full interview with People is a fascinating look into the life of a professional photographer who also has a unique perspective on the celebrity lifestyle; if you have a few minutes, it’s well worth a read. We would be remiss, though, if we didn’t also share her tips on how to take the perfect selfie 😉

It’s all about lighting. If you’re just outside my favorite time of day starts around 5 o’clock. But also I have these perfect little blinds that make these amazing shadows in my apartment early in the morning. It creates this stripe world that reveals only 30% of the photo. Depending on where you are just look around and try to spot good lighting. If you look on Instagram, lots of my selfies I am not wearing much. But also you can’t really see a lot of stuff. It’s kind of the balance between being naked and not showing too much. 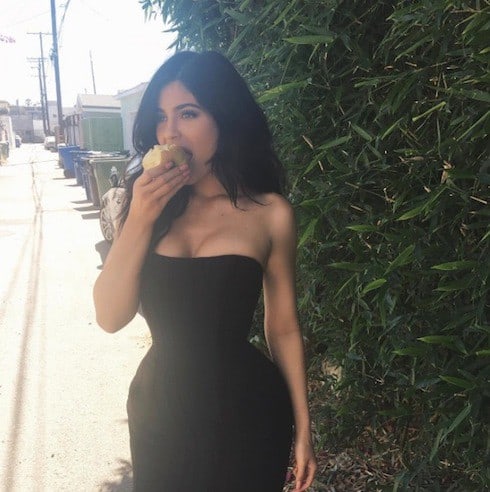 Of course, it probably comes as no surprise to hear that Kylie Jenner is not the only celebrity to employ a professional for her social media photos. As an E! article on the topic points out, “Instagram posts [fetch] in the six figures,” which means that “social media is big business.” That’s right: A social media manager for a major celeb like Kylie should expect to rake in a six-figure salary. But that doesn’t mean the job is easy–according to pop culture expert Jo Piazza, it’s anything but. “It’s actually a really high-pressure job,” she says. “You are essentially the public face for these celebrities. I’ve heard of media managers being fired because they posted the wrong thing, the wrong picture or just because the celebrity didn’t like it. You have to be absolutely meticulous. It’s immediate, it’s fast-paced and it has to be perfect.”

If Piazza’s take seems absurd–how hard can it be to take pictures of beautiful people–recall that Kylie, for example, has just under 72 million Instagram followers. And she’s not even the most-followed member of her own family, let alone the most-viewed on Instagram itself. (It’s still Taylor Swift, if you’re wondering.) If Kylie’s social media manager were to upload something accidentally, be it a scantily clad candid or just an unflattering look, that photo, no matter how quickly it was deleted and replaced, would be captured and shared and turned into grist for the Kardashian rumor mill within the hour.

On that sobering note, then, here’s a sampling of some of Sasha’s most popular work for the Kylie Jenner Instagram page:

the sunflower symbolizes confidence and strength ? the august flower

them girls they just wanna take your mooonneeyyyyy

And, because crediting the photographer is just common sense and decency, here’s a shot of Sasha:

RELATED ARTICLE: Kendall and Kylie Jenner’s net worth expected to reach $500 million, thanks to skimpy swimwear

How much do the Naked And Afraid contestants get paid for doing the show?

Why are there so many sinkholes in Florida?