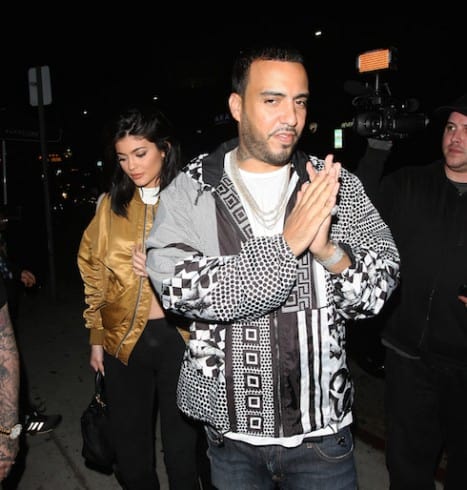 Kylie Jenner and French Montana dating? Nothing is confirmed, but the rumor mill is churning something fierce, thanks to a string of snuggly public appearances the potential couple has made over the past few weeks. We first brought you a story involving the potential couple exactly two weeks ago; at the time, it was alleged that French, 31, found himself increasingly drawn to Kylie, 18, though the attraction between the two wasn’t so strong that French didn’t (reportedly) have time to continue getting together with Khloe Kardashian in secret.

Some of the “crazy rumors” got started, says one report, when Kylie shared video of French buying her roses from a street cart. The two were also recently spotted hanging out at noted nightspot The Nice Guy in Hollywood CA, as the photos above and below will attest… 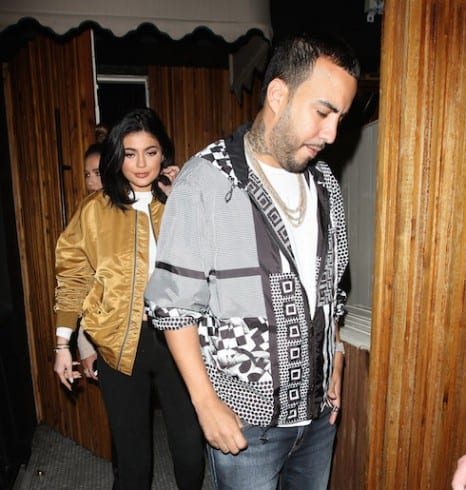 …they also arrived and departed together, in Kylie’s red Rolls Royce.

“They’re talking and texting nonstop,” said an alleged insider, who, it’s being reported, was talking about Kylie and either French Montana or PartyNextDoor–or, potentially, both. “He’s as into her as she is into him.”

Entertainment Tonight called the Nice Guy hijinx a simple “night out,” though the publication did also acknowledge that the pairing was, in part, “a little strange.”

Inquisitr, meanwhile, went in the other direction, reporting that French was a total “gentleman” even as Kylie “flaunted” her “sexy style.” And Khloe was all smiles, as least publicly–the article quotes her as saying “I don’t believe in f*cking and ducking. [French and I] had a great relationship and I like that we can still be friends.”

–for some time yet.