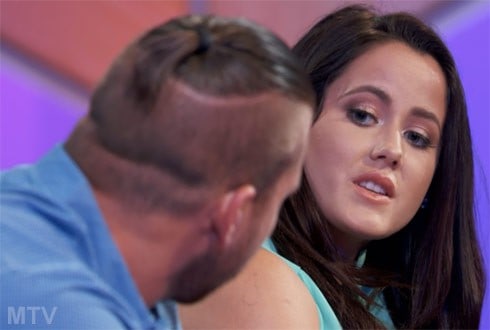 The war of words between Jenelle Evans and Nathan Griffith during last night’s airing of the Teen Mom 2 Reunion Special part 1 got so heated and detailed that it’s worth a full recap. We’ve got lawyers talking about “painful” sex, a retelling of Nathan busting in through a window to break up a Jenelle and Kieffer Delp hook up, drug abuse accusations, physical assault accusations and more.

Dr. Drew: You guys were thinking about marriage. How long ago was that?

Nathan: Probably a year ago.

Dr. Drew: How did it go so south so fast?

Nathan: We were just fighting every day, it was toxic. I tried to make it work with her. I did want to go to counseling with her and stuff. It was just really toxic. You know when you have YouTube videos of beating people up and all these boyfriends are supposedly, you know, abusing her when she’s abusing herself… Might want to show them the little cut on your wrists too. 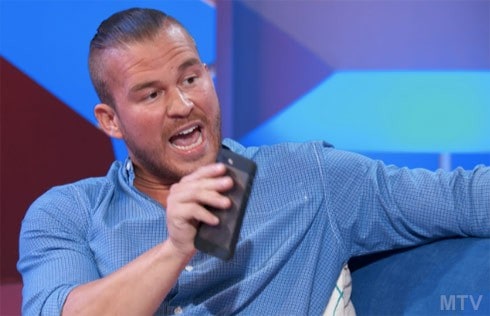 Jenelle: Wait. You didn’t choke me? You never put your hands on me? You never slapped me in the face when I poured water on your face while you were sleeping? When you decided to crash in my house when you’re drunk. No? Because Tori was there, we all saw it.

Nathan: Oh, you meant the time when she bit my back and you slit your wrists?

Jenelle: He met someone new. That’s what it is.

Nathan: Should I show them the picture of you and Kieffer [Delp] in bed? Oh, yeah, but I cheated on you.

Dr. Drew (smiling): Is Kieffer back in the picture?

Jenelle: Me and Kieffer are there at my house. He [Nathan] climbs in my bathroom window at 4am!? And bursts in my bedroom at 4am!? After he moved out. 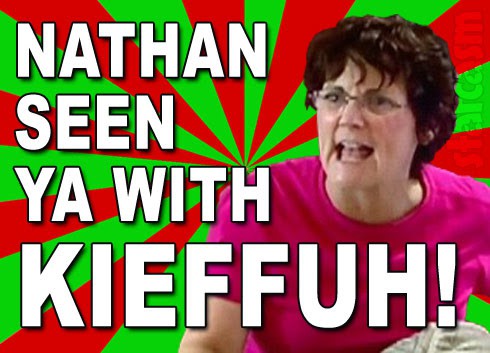 Nathan: Hold on. Is it my house? Am I on the lease?

Jenelle: You moved out months before that dude.

Nathan: It doesn’t matter. And then you cried to me saying (in Jenelle voice), “Please, I’m drunk blah blah blah.”

Jenelle: It doesn’t matter Nathan. You moved on, I moved on.

Nathan: Was that the time that when you were talking to David [Eason] too?

Jenelle: Actually me and David met in September so…

The next scene was shown in full in the preview which we posted about earlier. The pair argue about what equipment and supplies Nathan has for Kaiser and it devolves back into insults after Jenelle laughs at Nathan’s inability to get his license back.

— On a side note, Nathan posted today via Facebook that he’s squared up on that front. “Driver’s license ✅ motorcycle’s license ✅… CDL and Pilot’s license next! Hehehe I’m gonna be a master from land, air and sea!!!! Muawahahahaha,” he wrote. —

Nathan then makes sure to note that the situation is not funny as he believes his son is living with “two drug addicts” who are incapable of taking care of Kaiser. Jenelle brought up Nathan’s lawyer listing Griffith’s sex with Jenelle as “painful” and he fired back by insulting Jenelle’s weight.

Dr. Drew: Has David been, from your standpoint Nathan, a stabilizing force?

Nathan: Listen, he can’t even see his own son for certain stipulations. And on top of that he should not be involved with my son. That’s our co-parenting job… Do you think this is mature? Somebody texting you (Nathan is actually reading the alleged text via his phone from David), “Because you’re a deadbeat and try your hardest to bring her down.” Or, “You’re a female and keep this stuff off the media” even though she blasts me and retweets articles every single day and I don’t say one thing about her.

Jenelle: You told CPS that David was a heroin addict and sold heroin. 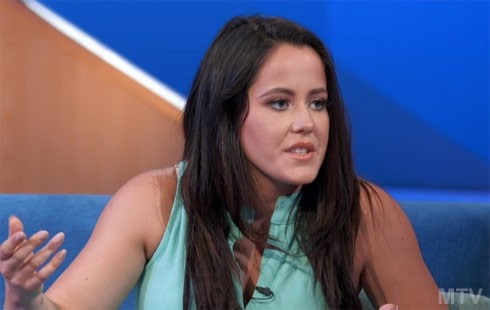 Nathan: I did not say that. I said you are a repetitive heroin user and now you’re living in a town where you used to buy heroin. That’s a very smart move Jenelle.

Jenelle: You’re just trying to pick anything out of your a** to try and get Kaiser taken away from me and I’m telling you right now, it’s not going to f***ing happen.

That’s a whole bunch of pent-up anger and unresolved issues right there. What’s obvious from the back and forth is that neither “win” in any real way and the only one coming out on the losing end is Kaiser.

Online records are providing a little more detail in regards to Nathan Griffith’s arrest over the weekend in Myrtle Beach, South Carolina.

Nathan’s girlfriend Jessica Henry posted a bond of $262 on Sunday and Griffith appears to have been scheduled for court in regards to this latest arrest this morning.