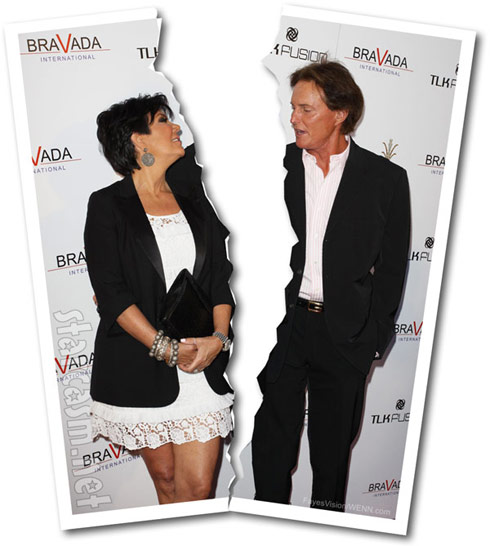 It’s official. Just less than a year after officially announcing they were separated, Kris Jenner has filed for divorce from Bruce Jenner.

According to TMZ, who posted the official court documents just moments ago, the final split is mutual and the managers for Kris and Bruce have already worked out all of the details, including joint custody of 17-year-old Kylie Jenner. (Sister Kendall Jenner is 18, so custody is not an issue.)

Despite not having a prenup, they have also reportedly agreed to split their property, which is reportedly worth an estimated $125 million. (It should be noted that the documents cite the actual separation date of June 1, 2013, which would mean that any money earned after that point would not be part of the settlement.)

In case you missed it, Kris and Bruce officially announced their separation in October of last year. “We are living separately and we are much happier this way,” they said in a joint statement. “But we will always have much love and respect for each other. Even though we are separated, we will always remain best friends and, as always, our family will remain our number one priority.”

Kris later seemed to indicate that the separation was all but final in an interview the next day. “We ended a marriage, but that’s not the end of our friendship,” Kris said. “I will always love him, but we are longer a couple in that way.” She later added that they had been separated for some time and “We are happier this way.”

Rumors later circulated that Bruce and Kris might be able to save their marriage after he told paparazzi (while walking hand-in-hand with Kris at an airport) in April, We’re back together. The rumors gained momentum later that month when the two celebrated their 23rd wedding anniversary together.

It seems that perhaps all of the reconciliation rumors were just that after all, leaving some speculating that the two were just fueling the media fires to keep people tuned in to Keeping Up With the Kardashians.

Meanwhile, Bruce Jenner continues to take steps to look more feminine, seemingly backing up earlier reports that he might be transgender. One of those steps included having his Adam’s apple shaved, and another is his headline-grabbing efforts to grow out his hair.

I’m sure we will all know a lot more once E! airs Keeping Up With the Kardashians Season 10.