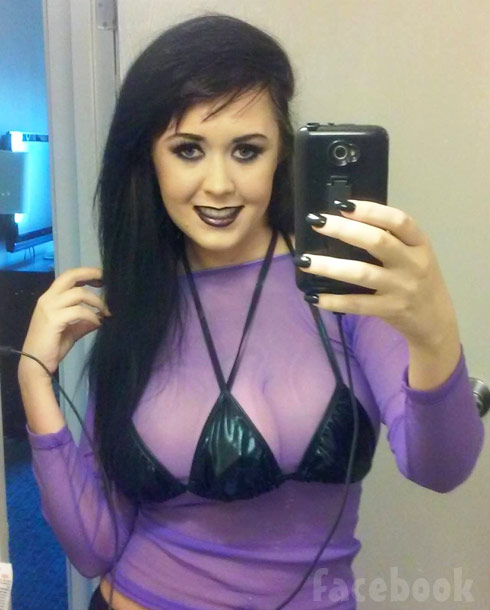 The internet pretty much blew up Monday as news quickly spread that 21-year-old Jasmine Tridevil (above) of Tampa, Florida had reportedly shelled out $20,000 to have a third breast surgically added to her chest with the ultimate goal of landing an MTV reality show. (More photos and videos of Jasmine here.) But, as soon as the story began to spread, many began to question its legitimacy, with some suggesting the whole thing might be a hoax in a bid for attention.

As online sleuths began investigating, some rather startling information began to emerge. For starters, Jasmine Tridevil’s website, JasmineTridevil.com (which is currently inactive, but linked to on her Facebook and Twitter pages), is registered to one Alisha Hessler.

A quick Google search reveals that Alisha Hessler of Tampa is no stranger to viral news stories as she made headlines in December of 2013 when she said a young man named Gabriel Urena beat her viciously, resulting in a concussion and a broken nose. Here is a photo of her injuries — you’ll notice the resemblance between Alisha and Jasmine (more on that in a minute): 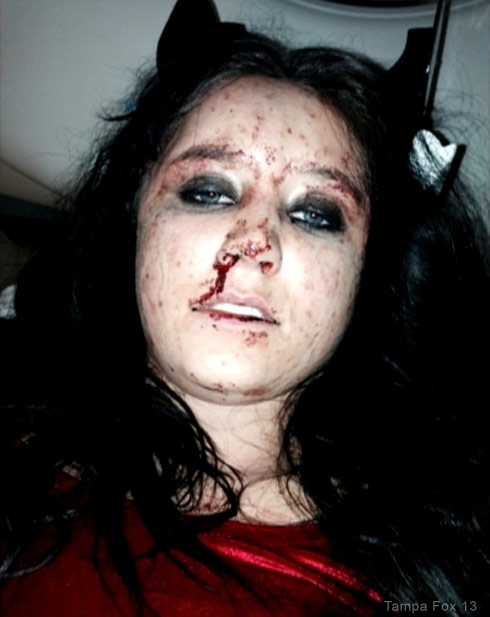 Alisha filed a report with Tampa police, but she later worked out a deal with Urena in which she agreed she would not press charges if he spent eight hours at a busy intersection wearing a dunce cap and holding a sign that read, “I beat women. Honk if I’m a scumbag.” Urena agreed and a viral news story was born. Here’s a video report by Tampa Fox 13 that includes an interview with Alisha:

Alisha Hessler is described at the time as a 20-year-old massage therapist, which lines up perfectly with our triple-nippled Jasmine Tridevil. Additionally, a court records search turns up an arrest and mug shot photo for Alisha that reveals her middle name is Jasmine! Here’s the mug shot photo: 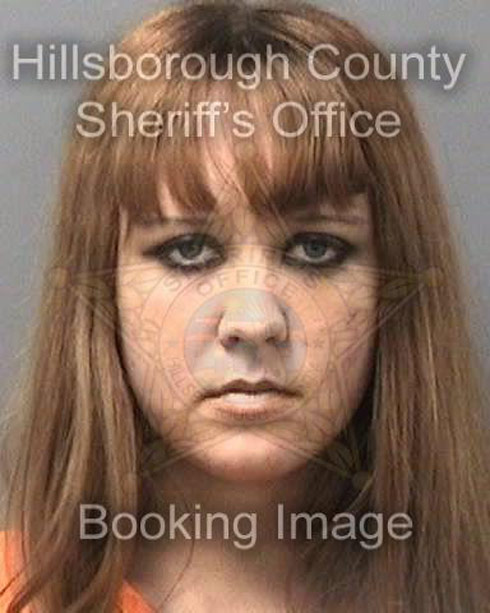 Alisha was arrested in March of 2013 and charged with “fraudulent use of personal information.” There are no further details about what she did exactly, but already we have someone who is pretty savvy about viral marketing who is no stranger to fraud!

Alisha’s birth date is listed as September 12, 1993, which lines up perfectly with her being 20 years old at the time of the video report in December and 21 now. Jasmine Tridevil even posted a selfie on September 13 and wrote, “In Vegas celebrating my 21st bday!!!!” I think that pretty much seals the deal that Jasmine Tridevil is Alisha Hessler, right?

UPDATE – Jasmine has confirmed she is Alisha Hessler and explained her arrest in a Facebook post. “Yes, they have my real name,” she said in reference to websites linking Jasmine and Ashley. “Yes, the news story last December is true, and yes, I was arrested for using someone elses i.d. (attempting to get in a club). I was underage and wanted to get drunk lol.”

In addition to being an experienced viral sensation starter and alleged fraud committer, Alisha was (is?) also an aspiring model. Here are some modeling pictures from a photo shoot she did with XZanthia:

And here’s one that seems especially prophetic:

So what do you think? If you add a third breast, is that Jasmine?

Here are a couple more photos for comparison, including two side-by-side pictures of Alisha and Jasmine: 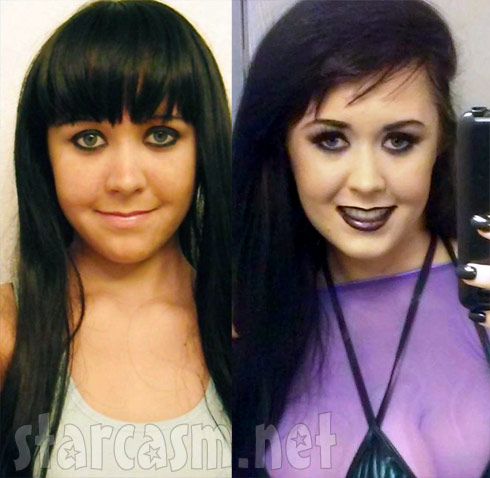 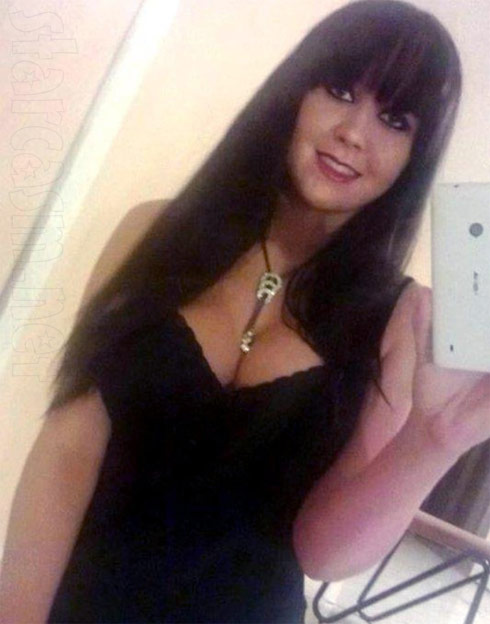 UPDATE – Jasmine Tridevil spoke with 10 News Monday night and said, “I figured people would be skeptical, but it’s true. I recorded the surgery and it will be on my show.” She even lifts up her shirt at one point to show off her claim to fame, but only briefly and not all the way. Unfortunately the video was set to autoplay and I couldn’t figure out how to turn it off, so I didn’t want to embed it. You can CLICK HERE to check it out though!