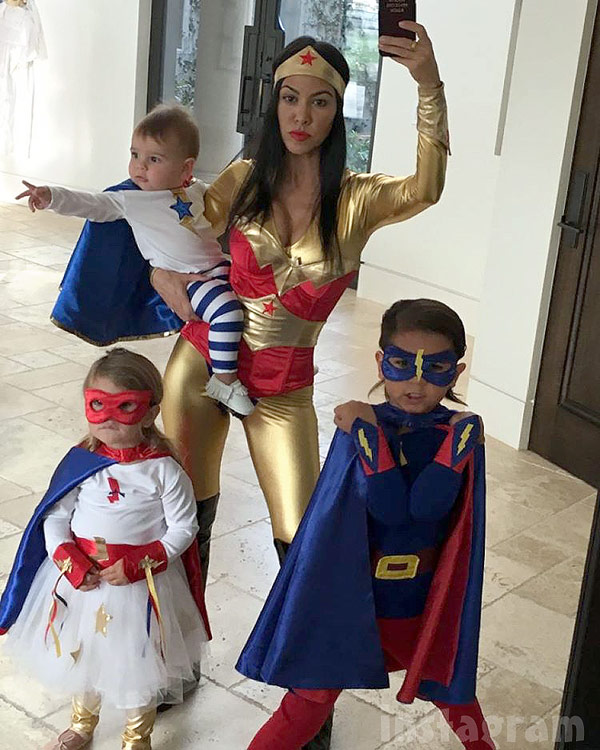 Late October is just about my favorite time o year to be a celebrity blogger and that’s because there’s not much more in this business that brings me as much joy as celebrities in Halloween costumes! And just like pretty much everything else in the celebrity blogosphere, nobody does it any better than the Kardashians.

Our first glimpse at Kardashian kostumegery komes kourtesy of Kourtney Kardashian, who shared the show-stopping #squadgoals family photo above in which she is sporting a fun and completely appropriate (but still super sexy) Wonder Woman costume.

Posing with Wonder Woman is her super awwwdorable team of Young Kardashiavengers that includes her sons Mason and Reign as well as daughter Penelope — all sporting colorful matching lightning flash super hero costumes.

Rounding out the Young Kardashiavengers is cousin North West, who has eschewed the traditional super hero garb as she transforms into the awwwwmazing Unicorn Girl! 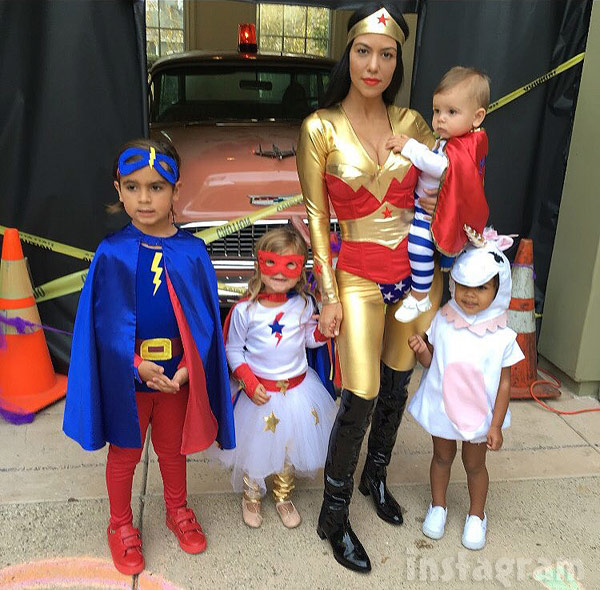 After getting her Justice Little League together Saturday night, Kourtney then spent her Sunday morning with sister Kylie as they channeled their inner girl scouts by sipping tea in a couple of teepees. Or I guess you would call those teapees? 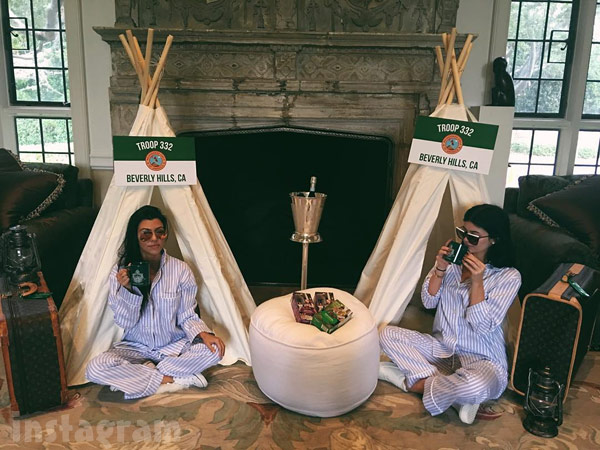 Then, ALL the Kardashian and Jenner gals put on matching pajamas for what Khloe and Kendall both captioned “Sister Sunday:” 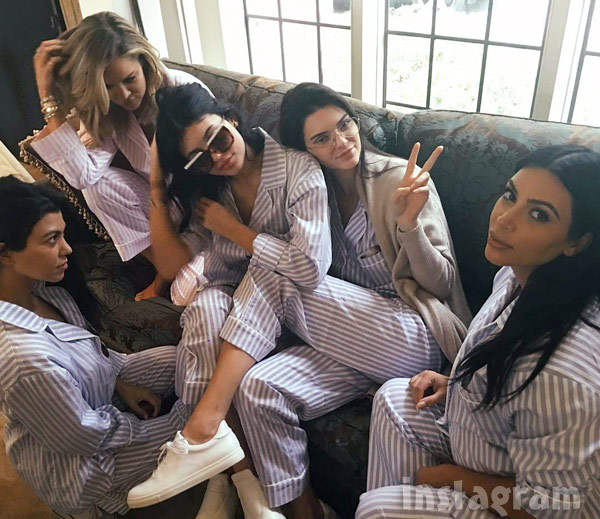 You may not like the Kardashians, but you have to admit it would be pretty damned pajamazing to chill out with the gals in sleepwear on a lazy Sunday. #Pajamerica

UPDATE – The pajama party was actually a Girl Scouts “Troop Beverly Hills” themed baby shower for Kim Kardashian. Something tells me there were lots of damn good cookies to be had!

Now, bring on the rest of the Kardashian kostumes!

Rob Kardashian is going through a tough time

Kim Kardashian doesn’t think we could handle her schedule

Tyra Banks dresses up like Kim Kardashian for Halloween