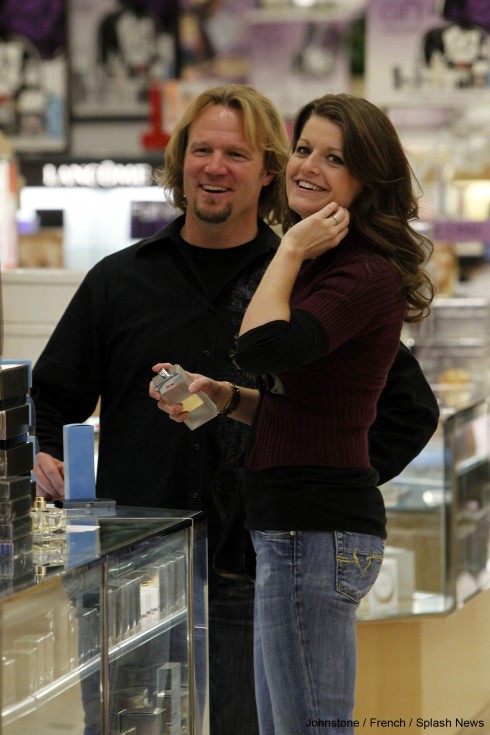 31-year-old Robyn and 43-year-old Kody confirmed the news to People, and are overjoyed. Robyn told People: “You should have seen the look on his face when we found out. It was priceless.”

Kody added: “I’m overjoyed. This connects Robyn and I together in a way that nobody can take away.”

Robyn says the other children are also excited about the upcoming new addition. Robyn gushes, “They’re so protective. And I can’t even tell you how many times a day I have kids kissing my belly.”

The pair have been hinting in interviews that they’re eager for Robyn to add to their brood. Having a baby with the family also helps cement Robyn’s role in the family, something that was put into question when Kody decided to marry her after 16 years with his other three wives. The other three women are still dealing with the new addition, there were elements of jealousy to work through, and Season Two of the showed the other women wondering about how Robyn could contribute to the finances and/or running of the household. She couldn’t find a job (and as far as we know, is still unemployed except for her role in the reality show,) and lived offsite, so it was less convenient for her to help out with the kids. Even so, Robyn did put in some time babysitting.

Now the wives all live in four separate houses in Las Vegas, which are near each other, but not next door and Kody moves from house to house.

The newest Brown baby is due October 12, 2011 and Robyn prefers to have a home birth. Congratulations!

CLICK HERE to catch up and buy Season One of Sister Wives.

CLICK HERE to find out more about the Brown Family.