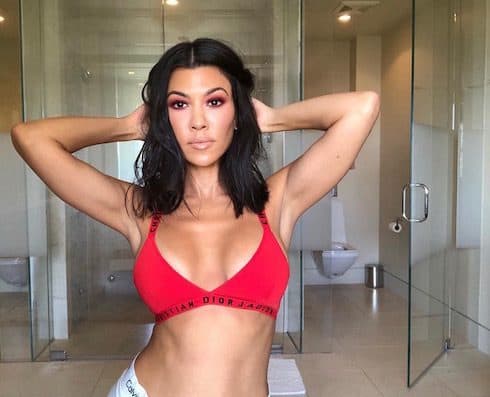 It turns out that getting Kourtney Kardashian and Scott Disick back together will take a lot less work than previously thought. The couple, whose relationship has been rocky (to say the least) over the last few years, has been sending signals regarding reconciliation, and it looks like the number one ingredient is simply time.

Kourtney, who earlier this year was said to be moving to Paris with boyfriend Younes Bendjima — plus she and Scott’s three children — was noticeably silent during Scott and Sofia Richie’s breakup last month. It was a noticeable break in tabloid protocol for Kourtney, who normally never misses a chance to deploy an anonymous source and get in a dig at Scott’s expense.

But Scott and Sofia, who have been trying like mad to get people to take them seriously ever since they went public last year, appeared to quickly “hash things out.” Though the source for the People article claiming so didn’t give observers much reason to believe it: Scott apparently “[wasn’t] really taking it seriously,” and “[didn’t] really [do] anything to win Sofia back,” other than “giving her space.”

And the passive style is most definitely Scott’s MO. But it’s worth remembering that just a couple of weeks before Scott and Sofia’s brief split, one of Kourtney’s reps had already planted a story alleging that Kourtney had finally warmed to the pair and their sixteen-year-age gap, and that she “trusts” Sofia and Scott with her (Kourtney’s) kids.

Said the source, “Kourtney now trusts Sofia. The kids are allowed to spend time with her…[and] are giving Kourtney good reports about Sofia,” who “has shown over and over again that she is willing to stay with Scott even when things are not great.”

And Scott, added Kourtney’s source “isn’t really partying,” and “spends a lot of time with his kids.” 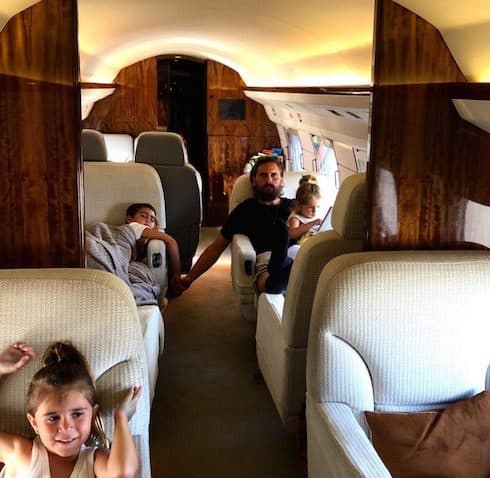 You could interpret that quote as Kourtney’s own form of passive resistance — specifically, that she wants Scott to stay clean. As the ever-reliable Gossip Cop pointed out, though, Kourtney appears to have at least one other goal in mind: keeping she and Scott’s kids on her side.

According to their take, a “Kardashian confidante” says Kourtney knows “alienating the kids from their father would be a bigger problem down the road.” Because Scott “shows them only love,” Kourtney is willing to put up with her ex-partner’s superficiality, if it means preserving their cozy truce.

Meanwhile, Kourtney and her Puerto Rican model boyfriend Younes Bendjima, who were reportedly married or close to marrying in a top secret beach wedding earlier this year, are supposedly “cooling off.” A Radar report featuring yet another anonymous source has it on good authority that Kourtney and Younes “just aren’t really seeing each other,” and that Younes was “a beautiful distraction,” but Kourtney only has time for “herself, her career[,] and her kids.”

When you put all this gossip together, what you’re left with is the impression that Kourtney Kardashian and Scott Disick back together is all but a foregone conclusion. At this point, it doesn’t even feel like they really split: They’ll always be bound by their children, and they’ll have connected business interests even after Keeping Up With The Kardashians‘ gets taken over by Saint and North and Stormi and True sometime during Barron Trump’s second presidential term.

By then, Kourtney and Scott will have long since shrugged their way into marriage, just like Scott half-joked they would do in a throwaway KUWTK scene last year. Kourtney tried to look disgusted when he said it, but her heart couldn’t sell the moment because her brain knew it was right.

(Photo credits: Kourtney Kardashian and Scott Disick back via Instagram)