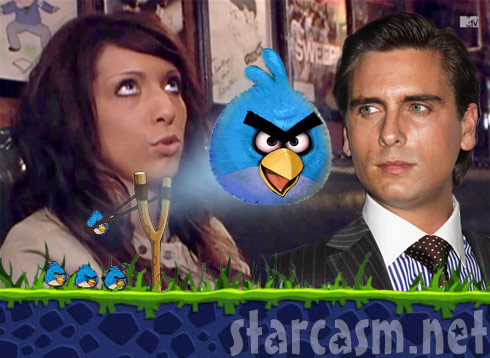 The Farrah Abraham vs. The Kardashians Twitter feud has taken a bizarre turn as the Teen Mom star has suggested a tweet about her made by Scott Disick may have been racist!

The tweet in question was made by Scott after Farrah responded to the announcement that Scott and Kourtney Kardashian were expecting their second child by saying she was “shocked” and asking if Kourtney had learned nothing from watching Teen Mom. (You can read all of the tweets in full, including those from Kourtney Kardashian, Khloe Kardashian, and Demi Lovato in our recap post.)

Here are Scott’s tweets, including the original Khloe Kardashian tweet asking how he even knew who Farrah was, to which he responded, “I just thought she was some sh!t stain on twitter, no?”

Farrah apparently read the tweets in an article about The Feud and responded earlier today with a tweet that referred to Disick as a “loser” before asking the question, “is Sh!t Stain< racist 4 black?"

Something tells me we will be hearing from Scott shortly.