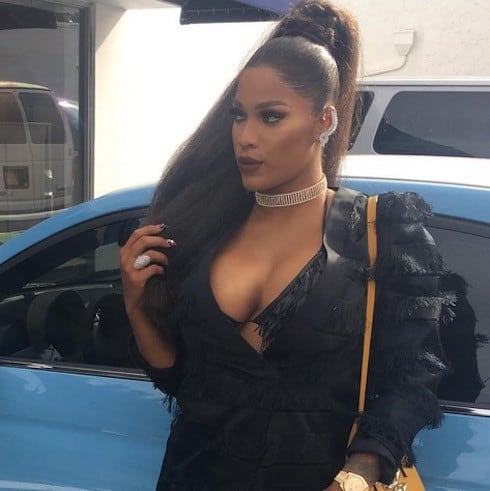 It looks like a Stevie J and Joseline paternity test is finally going to happen, now that the warring LHHATL factions have reached an agreement. The two have been going back and forth for months regarding the identity of Joseline’s unborn baby: Joseline says that the child is the product of a tryst between herself and Stevie this past spring; Stevie says no way.

In fact, it’s been nothing but acrimony from the pair this year, who engaged in a crazy war of words during LHHATL Season 5–one that culminated with Joseline accusing Stevie of molesting he and Mimi Faust’s daughter–and may have gotten themselves kicked off of the show as a result.

Now, according to a new report from TMZ, the Stevie J and Joseline paternity test is a go–but only because of Stevie’s condition that if he’s the father he be awarded full custody of the child, plus child support from Joseline. (He knows how to go for the throat!) According to Stevie, Joseline has abused drugs during the pregnancy, and has anger issues serious enough to make her an unfit mother. Stevie’s demands come just two weeks after Joseline sued him for paternity in court, and at the same time admitted she and Stevie were never actually married. Joseline did claim, however, that she and Stevie had sex this past April, and she became pregnant as a result.

In addition to this Joseline development, Stevie is expecting a child with period panty saleswoman Ms. Jackson, also of Atlanta; furthermore, he faces prison time for admitting that he skipped out on $1.1 million in child support payments over a 13-year period beginning in 1999.

Before this development, it looked like Young Dro was the most likely candidate for the father of Joseline’s baby–according to internet rumor, that is. He’s allegedly signed on to join her for LHHATL Season 6; fans took that bit of gossip to mean that the pair’s journey as parents would be documented on the show.

Joseline, for her part, has been sharing pregnancy updates like crazy on her Instagram page, now that she’s at 33 weeks and her due date is only a few more weeks away: