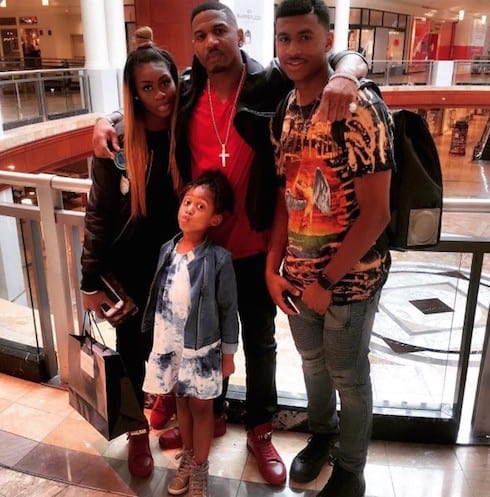 It’s been a rough few months for Love & Hip Hop Atlanta star Stevie J, whose ongoing legal battle over years of missed child support payments might have just taken a turn for the worse. Stevie recently admitted in court that he skipped an accrued ten years of payments, affecting several of his children–and could be facing serious prison time as a result. We reported last month that Stevie had gone back to court to fight charges that he owes approximately $1.1 million in back payments dating from 1999. During the September court hearing, Stevie admitted he’d violated his probation by using cocaine twice in the past year. For that reason, Judge Paul Crotty ordered him to rehab for 30 days before going any further.

Now, a new Bossip report confirms that the case has continued–and that things don’t look especially good for the LHHATL star. Because Stevie admitted guilt, he faces up to six months in prison during sentencing. The charge against Stevie, which was filed in Manhattan Federal Court, is one misdemeanor count of failure to pay child support for two of his children from 2001 to 2014. Stevie J’s net worth came up several time during the proceedings; per Bossip, “prosecutor Kathleen Riley said had the case gone to trial, the government would have produced witnesses, people involved with employing Stevie and his financial records to show ‘that Mr. Jordan failed to make child support payments, despite having the ability to do so.'” (Stevie J’s net worth, which is estimated to be approximately $5 million, has been supplemented by his $27,000 monthly payment from VH1 for appearing on Love & Hip Hop Atlanta.)

Stevie will be sentenced in January. In addition to a six-month prison term, he can be fined $5,000 and ordered to make restitution payments. Between now and his January date, he’s been ordered to wear a GPS monitoring bracelet, and to keep a 10:30 curfew.

Stevie, for his part, continues to keep things upbeat and positive on social media:

Put your trust in God & put in work.

Be careful who you associate with, it could be your demise. Positive vibrations only!