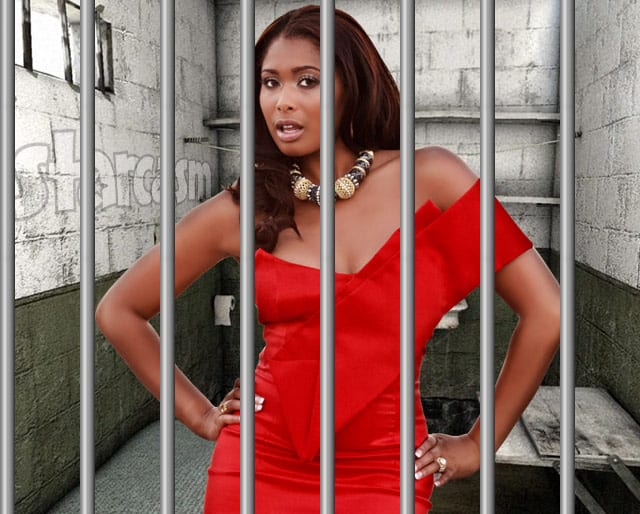 Things have gone REALLY downhill for Love & Hip Hop Atlanta couple Benzino and Althea “Thi Thi” Heart after their dramatic proposal on the season finale of Marriage Boot Camp. In the latest Althenzo altercation, Althea reportedly went after Benzino in court — literally — and was immediately arrested and sent to jail with no bond!

The story was originally reported by The Jasmine Brand, whose source said Althea Heart (real name Althea Eaton) was arrested after a hearing that she had in Georgia with her child’s father, Benzino. We did a little research and online records not only seem to confirm The Jasmine Brand’s account of what happened, but also indicate that Althea is still in jail four days later! 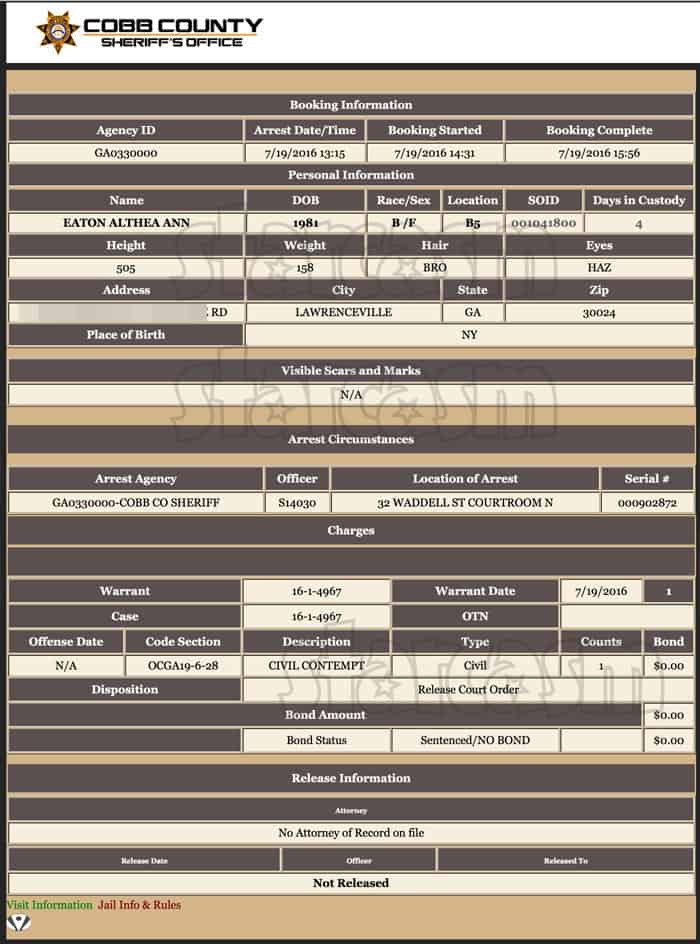 According to the online case records, Althea was arrested in Courtroom N at the Cobb County Courthouse on Tuesday afternoon. She was charged with civil contempt and was booked into jail a couple hours later.

Althea’s sentence is not listed, but according to The Jasmine Brand, “Althea was jailed in Georgia last week and will be released in 3 to 6 days.” Cobb County does not post booking photos online, so we do not have an Althea Heart mug shot photo yet — but I imagine a local news organization like The Atlanta Journal-Constitution or TMZ will be posting it soon. 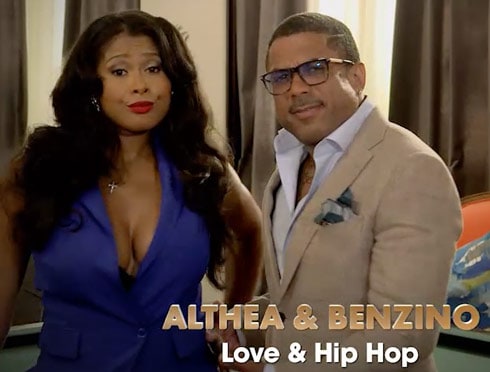 As you probably guessed, Althea’s social media pages have been silent since her arrest. The same cannot be said for Benzino, who took to Instagram to share his thoughts on those of us reporting on Althea’s arrest:

The sky is purpleI ? I guess I can't complain cause this is the life I chose, it comes wit the territory huh…they can't stop us period. ?

* Well that post got deleted fast! Here’s a screen cap: 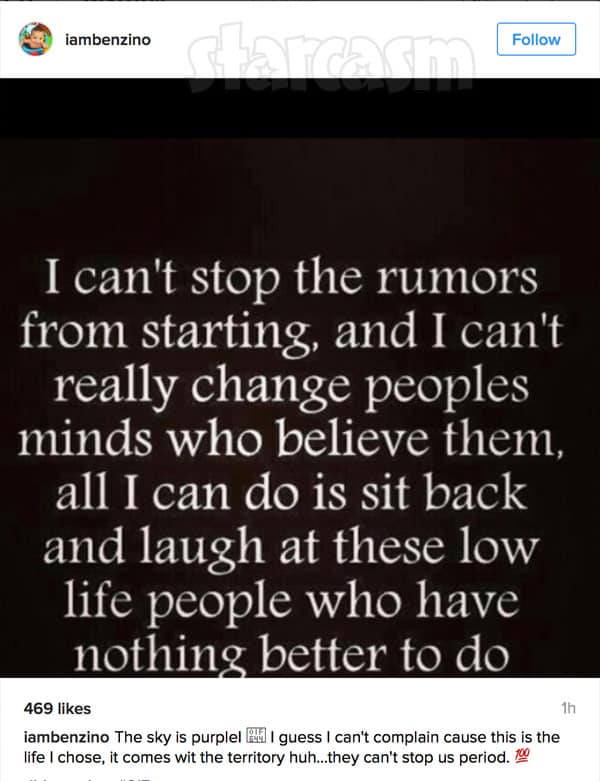 1. Most of them only stay in front of their computer and you'll never see them out and about. 2. All they do is try and make people's lives miserable. 3. They are usually low self esteem people with a constant negative agenda. 4. They are usually all cowards and will never face the person they disrespect. 5. They are lonely weirdo funny looking out of shape misfits who just never was accepted in the cool crowds their entire life.

Benzo qualifies some of his sweeping assumptions about bloggers by using the word “most,” but there at the end he includes us all. I was very disappointed to find out I am a “lonely weirdo funny looking out of shape misfit who just never was accepted in the cool crowds [my] entire life.” ***SIGH*** If I could just be Benzino!!!

Joseline Hernandez’s pregnancy special gets an airdate: Is she quitting Love & Hip Hop Atlanta for her own show?