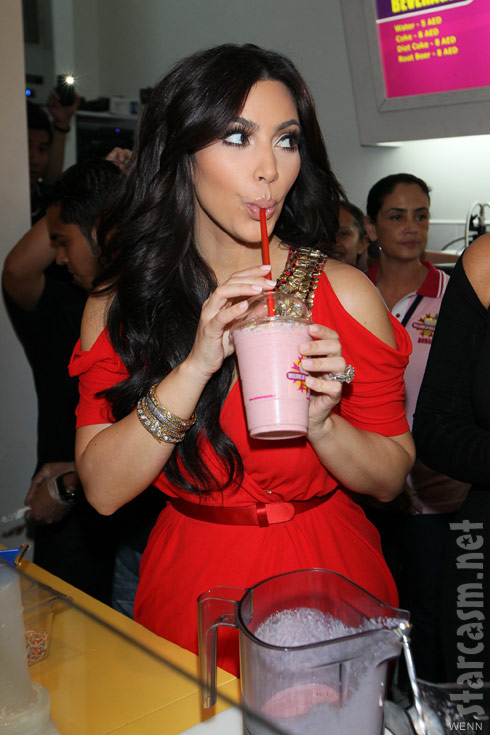 Reality star and foreign policy shaper Kim Kardashian caused quite a stir on Twitter earlier today when she offered up her support and prayers for Israel and then followed that up a few minutes later by also offering up her support for “everyone In Palestine and across the world.”

The tweets spawned thousands of angry responses including numerous death threats before (and after) Kim deleted both tweets. You can see some of those HERE)

UPDATE – To Kim Kardashian’s credit, she didn’t claim her Twitter account was hacked but instead issued an apology on her blog:

A Message To You Guys
November 16, 2012
I want to own up to and explain that earlier today I sent out two tweets about saying prayers for the people in Palestine and Israel and after hearing from my followers, I decided to take down the tweets because I realized that some people were offended and hurt by what I said, and for that I apologize. I should have pointed out my intentions behind these tweets when I posted them. The fact is that regardless of religion and political beliefs, there are countless innocent people involved who didnt choose this, and I pray for all of them and also for a resolution. I also pray for all the other people around the world who are caught in similar crossfires.

On a recent pop culture historical note, singer Katy Perry received a similar backlash when she did pretty much the exact same thing in August of last year by responding to a fan by tweeting, “I am! My prayers are for you guys tonight, SHALOM!!! RT @luvmikapenniman: @katyperry #prayforisrael please pray with us.” She would later clarify her stance by tweeting, “a kid asked me to pray for him & I did. I don’t support ANY side of violence in ANY place for ANY reason #peaceinthemiddleeast #sheneutral!”