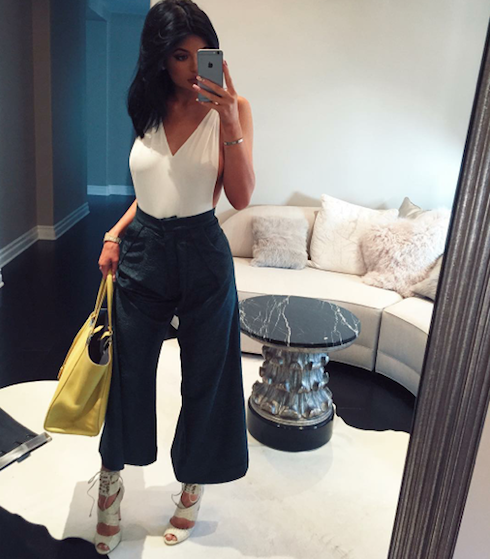 A shocking new acknowledgement from the reigning queen of social media, beauty, and high fashion: Kim Kardashian says that Kylie Jenner has “dethroned” her…and that she couldn’t be more excited about it.

Kim shared the stunning revelation in an “In Bed With Kim” video, which was full of a great many candid  confessions–perhaps none more unexpected, though, than the notion that Kim Kardashian feels she’s been supplanted by Kylie Jenner.

“I feel like you have dethroned me,” Kim tells Kylie in the video.

“I need some time off,” Kim explains, before continuing: “I mean, honey, let’s be real. You’ve got to put in a few more years. But I give my baton to you.”

“Who better,” Kim concludes, “to, like, pass on the knowledge…[than] my baby sister?” 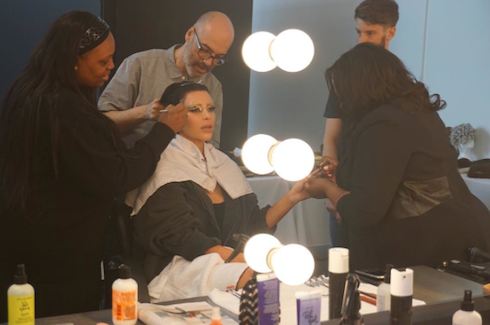 While Kylie seemed somewhat overwhelmed by what she was hearing, and didn’t offer much by way of response, Kim poured on the praise: “You guys, this is amazing,” she said. “I give Kylie all my tricks, I give her all my tips. I give her everything, and more. She is so, like, deserving. If I would want anyone to follow in my footsteps, anyone to borrow my clothes, anyone to like share my glam team, it is Kylie, King Kylie.”

Kim also pressed Kylie for an answer to the latest Kylie Jenner-Tyga engagement rumor: namely, why did Tyga call Kylie his “fiancée” in a recent Snapchat video?

When it came time to answer that question, Kylie perked right up. “He was making fun of an Instagram he posted 30 minutes before,” Kylie said, debunking yet another marriage possibility between she and Tyga. “He knew there was this guy who was on Instagram who was like, ‘I don’t like nobody. I just play with my fiancée and my little dog.'”

What’s less clear, though, is what exactly Kim Kardashian meant when she said that Kylie Jenner had “dethroned” her. After all, Kim is still the more popular of the two of them, when using social media followers as a measuring stick. And Kendall Jenner, not Kylie, is the more sought-after model.

However, Kylie recently both launched and announced the launch of a number of beauty products and fashion lines, and completely revamped her web site to boot. It’s possible that Kim, who will give birth to baby number two in just a few months’ time, sees the writing on the wall where Kylie Jenner’s popularity is concerned–Kylie has the better-selling app right now, and has added over a million new Instagram followers in just one week–and is just happy to keep the Kardashian-Jenner power alliance intact.

Kylie Jenner got $400,000 worth of birthday presents