Little People, Big World stars Audrey and Jeremy Roloff have a little advice for those spouses out there looking to rekindle the bedroom fire: try reading your wedding vows to each other during sex.

Audrey shared the arousing tip in a blog post titled “The Most Intimate Thing You’ll Ever Do,” although she asterisked the title and added: “To preface the title – the most intimate thing I’ve ever done, but you might think it’s super weird, or you might just agree.”

Audrey reveals that she came up with the idea while she and Jeremy were on their Jamaican honeymoon. She was hesitant to mention it to her husband, though, for fear that he might not like the idea. “Jeremy will probably think that’s SOOO weird… and I mean… how will that even work…?” Audrey asked herself at the time. 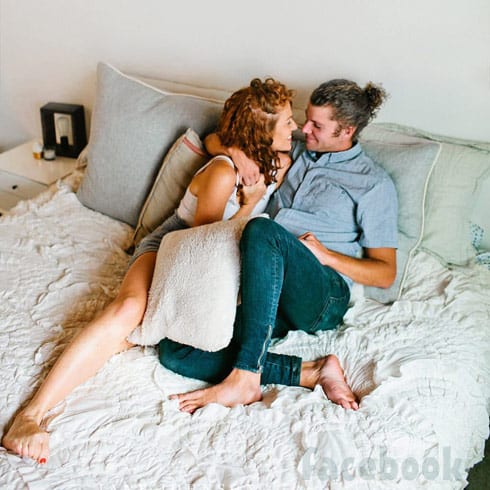 But Audrey didn’t let fear stand in the way, and when it seemed like the right time, she pitched the idea to Jeremy:

One afternoon, we laid in bed waiting out a Jamaican thunderstorm and reminiscing on our wedding day, when I mustered up the confidence to blurt out my unconventional idea, “Babe, you know how we wanted to reread our vows to each other just the two of us? Well… what if we did that… while having sex….”

I remember the look of astonishment that fell over Jeremy’s face, and I wasn’t sure if it was the good kind or bad kind… But then he said something to the effect of, “Whoa (probably ‘Holy Smokes’)… Let’s do it.”

The act of becoming physically and verbally one (at the same time), ensues an ocean of intimacy that I cannot attempt to describe. It’s the best version of “sex talk.”

Y’all… don’t think about how it works, just try it.

If you are curious to read the script of Audrey and Jeremy’s “sex talk,” you can click here to check out their vows. They are quite lengthy, and I’d like to take a moment to salute Jeremy if he managed to make it through both in their entirety!

So what do you think? Will you be shuffling through those old scrapbooks looking for your wedding vows tonight?

On a side note, another little piece of advice to be derived from Audrey’s suggestion is for those who haven’t tied the knot yet: be sure to write your own vows, and make them good!