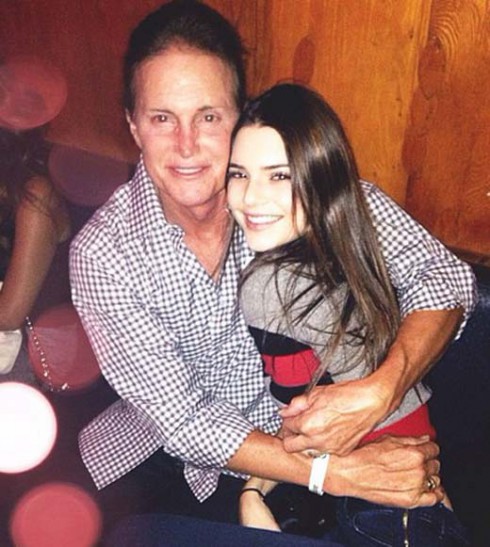 Unconditional love! Speaking out for the first time about Bruce Jenner’s transition, Kendall Jenner said she fully supports her dad.

“I love my dad. He’s always been there for me and my sisters,” 19-year-old Kendall told Us Weekly. “He’s a wonderful man. And just because he’s changing shoes now, so to speak, doesn’t make him less wonderful. I will always love my dad, whether he’s a man or a woman.”

Kendall’s public support is likely appreciated by Bruce, who reportedly believes he’s become alienated from his family — especially his stepdaughters.

“The divorce caused a divide, but Bruce’s decision to share his transition has caused an even greater divide,” a Keeping Up With the Kardashians source told People this week.

The insider explained the Jenners and Kardashians are at odds about how to deal with Bruce’s transition, even though “his kids all love him very much and would do anything for him.” The source added Bruce may have brought some of the isolation upon himself, as “there were weeks when [Kourtney, Kim and Khloe] didn’t hear from Bruce.”

Bruce is proceeding with his Diane Sawyer interview, which is tentatively scheduled to air in May. However, multiple sources report he’s decided to put his E! reality show on hold while he sorts through some personal issues and makes sure his kids are comfortable.

“Bruce’s primary goal is to bring awareness to this issue in order to help others [in the transgender community],” a source told People last week. “He is not sure that E! and a reality show is the best format to do that… [He] wants this to be taken seriously so that [his situation] can have the most positive impact on society’s perception of the transgender community.”

UPDATE – Kendall Jenner has expressed outrage over the Us Weekly quotes and claims she never spoke to them at all!