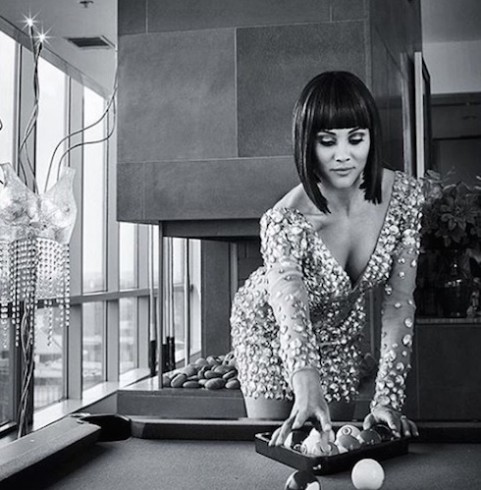 It’s no secret that Ashley Darby is the most freewheeling of all The Real Housewives of Potomac cast members–as the recent Ashley Darby nude beach and bikini photos from her tropical vacation can attest! Ashley made a splash in her her RHOP debut by talking about how big her husband Michael’s penis is and by being labeled a THOT by resident etiquette expert Gizelle. (Michael himself was eager to get in on the fun by taking off his pants in the middle of a social outing during last week’s episode.)

Ashley’s been undeterred all season long, though, and recently let it all hang out alongside Michael during a recent trip to St. Maarten’s–for their pleasure and ours.

But it was on Instagram that the photos appeared:

Guess who has 2 thumbs and is pumped to go 4 wheeling thru #stmaarten? ?

Of course, Ashley also uses social media to document her serious devotion to physical fitness. Which means that, once she was back from her vacation, she got right back to the gym–and to Instagram, with a Buns of Steel-esque update:

Happy Hump Day from mine to yours! ? Sweating out this alcohol after dinner @lediplomatedc and dancing like banshees @soundcheckdc. Thank you @pelotoncycle ? #rhop #keepittight A video posted by Ashley Boalch Darby (@ashleyboalchdarby) on Mar 2, 2016 at 7:47am PST