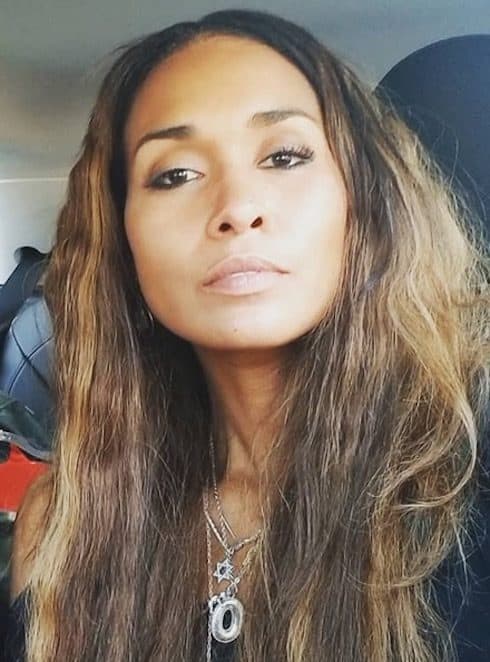 Real Housewives of Potomac star Katie Rost continues to take her domestic abuse case against ex-husband James Orsini to the court of public opinion. Rost has been sharing texts, voice and video messages, and court documents she says prove Orsini’s history of abusive behavior toward her. And the latest post in the new battle between Katie Rost and James Orsini includes lengthy explanation why she’s relying on social media instead of the legal system.

As we explained in our last update on Katie, the reality star, model, writer, and mother of three has been using Instagram and the #metoo hashtag more and more over the past few months. Katie is also under a New Jersey court order to not “disparage” James Orsini via social media, but it looks like Katie’s new strategy might be to let what she says are James’ own words speak for themselves.

Keeping that court order in mind, we’re posting screenshots of Katie’s most recent update, rather than an Instagram embed, should the update ever have to be taken down. You can see Katie’s post in the original here. Below are the two images of texts she says came from James (judging by the reference to Katie’s “new man,” we’re guessing they came at some point over the past few months). We’ve also reprinted Katie’s entire caption beneath the two images: 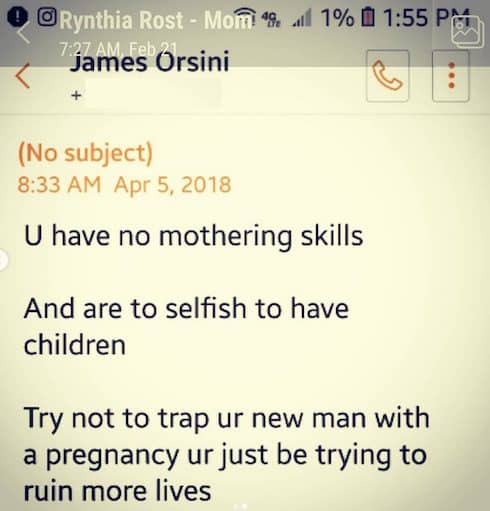 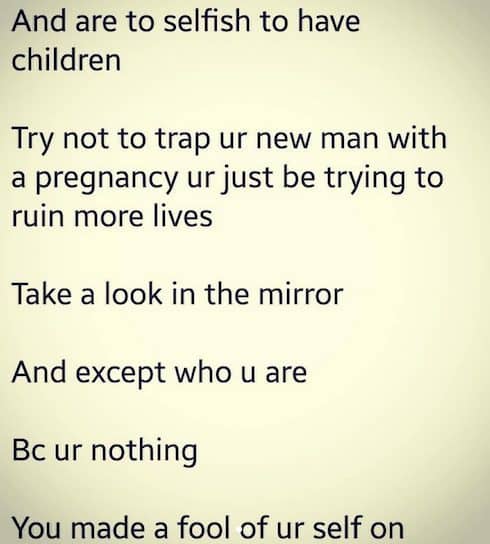 One of the toughest things my mom and I have gone through in therapy is reading the words of my abuser and trying to get me to get them out of my head. I’ve learned that the PTSD I suffer from now and the anxiety I feel every time I’m forced to be around him is because I have been so bullied that I am physically and emotionally sick. His constant taunts and cruel words have rooted into my spirit. Its debilitated me and it makes me infantile and causes me to self medicate by either running away or by getting very depressed. The court has made me have to call him, the man who sodomized me, to contact my children. Its impossible because everytime I do he sends me evil evil messages, calls me a “loser”, tells me I’m “fat” “worthless”. These are the types of messages he sends me. He takes me to court or separates me from my children if I dare to complain. It’s a vicious cycle that I’m committed to changing in the best interest of my children. I am not a “c*nt” Dr. James Orsini. I am the mother of your three children. If the State of New Jersey doesnt call you out for your crimes against all decency, I will. I’m starting today.
I am also an Instagram author and a Boston University College of Communcations grad. #proudmom #metoo #FindAWayOrMakeOne

One question we’re still trying to get a definitive answer for is whether Katie did recently miscarry the baby she announced she was pregnant with back in November. A little over a week ago, a photo of a naked, bloody woman lying on the floor of a bathroom with her face obscured appeared on Katie’s phone, accompanied only by the caption “#metoo.”

Not long after, Katie’s account responded to a comment asking what was wrong by saying that she was “OK,” but that she had miscarried and her boyfriend Jacob had taken the photo and posted it without Katie’s knowledge. “He was mad, said they killed my baby,” Katie added, before removing the image.

So far, James Orsini has not made any public statement regarding Katie’s social media accusations.