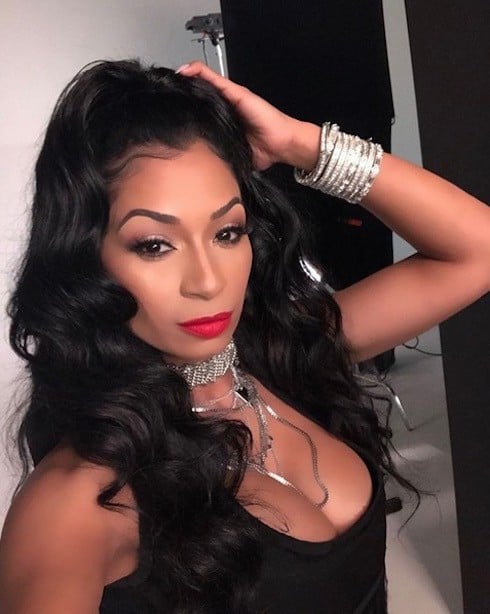 With Karlie Redd dating Ceaser from Black Ink Crew, it seems a crossover between his show and LHHATL has never been closer. The relationship likely would have had VH1 execs giddy with anticipation–if it weren’t for the fact that Love & Hip Hop Atlanta just aired the first episode of Season 6, and a major storyline for the season is Karlie and Young Joc trying to make things work again.

In fact, as far as we know from the clips and synopsis VH1 has released, that’s Karlie and Joc’s *only* storyline for the year. There’s plenty of time for other things to develop, but, as of right now, Karlie and Ceaser getting together looks like the latest example of real life moving in real time and getting in the way of months-old reality TV plots 😉

RELATED: How old is Karlie Redd? LHHATL star hides her true birthday like a murder weapon

The two stepped out in public for the first time this past weekend, at the grand opening of Ceaser’s Black Ink Atlanta studio. He and Karlie got close on the red carpet before the grand opening even got underway:

They were then spotted all “booed up” on the regular as the night wore on:

Karlie and Ceaser last night booed up. Today, both were spotted at party together & she has him on IG snap??

The news isn’t all bad for the network, though (or for fans of these two shows). Though there’s been no official announcement, the appearance all but confirms the long-standing rumor of a Black Ink Crew spinoff set in Atlanta that’s supposed to debut later in 2017 or early in 2018.