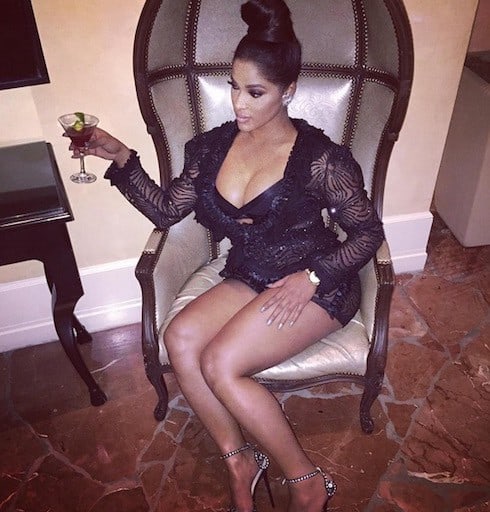 VH1 has finally set an airdate for the long-awaited Joseline Hernandez pregnancy special. But the latest rumor suggests that Joseline has her sights on bigger and better things for herself and baby Bonnie Bella–and that she intends to use the special to get her own show on the network.

Rumors about Joseline’s departure from Love & Hip Hop Atlanta have sprung up before. Probably the most notable instance was last year, when the entire cast was said to be on the chopping block following an über-contentious Season 5 and fight-filled reunion special. (Joseline didn’t help her own case by accusing Stevie J of child molestation a few weeks later.)

Of course, none of those firings came to pass–but Joseline didn’t waste any time between Seasons 5 and 6. She’s mking a name for herself as an actress on other shows: her role as Michelle on Lee Daniels’ new show Star has been well-received. Joseline branched out further by co-hosting The Real for a week earlier this year, again receiving praise.

When you combine those stints with the fact that Cardi B just jumped ship from LHHNY to the world of scripted drama with a part on Being Mary Jane, it’s easy to understand why LHHATL fans might be nervous about Joseline’s potential departure. But it’s apparently also possible that Joseline might just be moving from the Love & Hip Hop universe to a new show centered exclusively around her. The Joseline Hernandez pregnancy special–entitled Special Delivery–airs May 1st; if it draws strong ratings, it’s believed that Joseline will get her own spin-off, á la Leave it to Stevie.

#specialdelivery #ExecutiveProducer #JoselineHernandez #MayFirst #Vh1 I cant wait for everyone to see my very first executive producer project A show that I put together for vh1 that is going to get so real and raw you don't want to miss it!

If nothing else, Joseline’s role as an Executive Producer on the pregnancy special seems to suggest that more behind-the-camera work is in her future. Maybe Joseline is thinking about the *really* big picture, and has her eyes on Mona Scott-Young’s job 😉