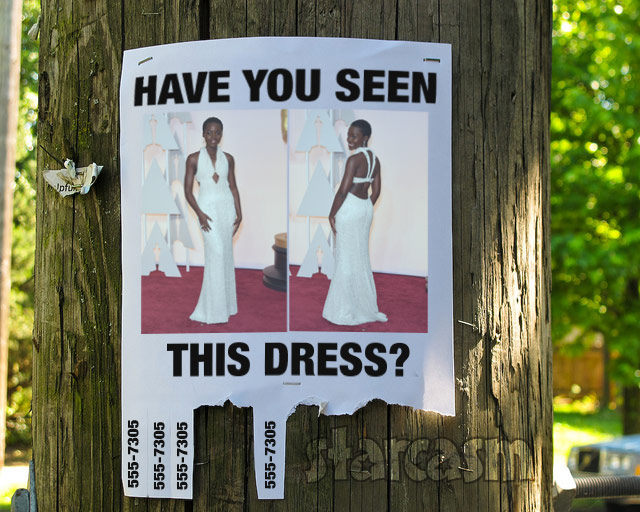 Numerous armchair fashionistas had Lupita Nyong’o’s pearl and ivory beaded Calvin Klein Collection gown as their favorite look from the 2015 Academy Awards red carpet — and it seems at least one other person REALLY agreed! The gown, which featured 6,000 white Akoya pearls and was valued at $150,000, was reportedly stolen from the actress’s hotel room earlier this week!

Lupita talked with police and said the gown grabbin’ went down at The London West Hollywood some time between 8AM and 9PM, according to TMZ. The site adds that there is security camera footage that investigators are hopeful will help them catch the dress snatcher. 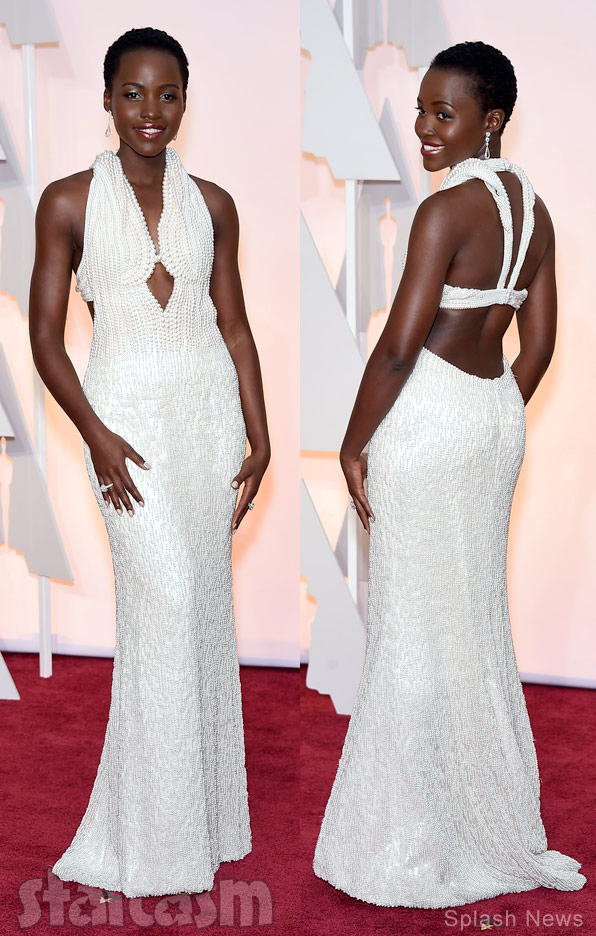 The dress was designed by Francisco Costa, women’s creative director of Calvin Klein Collection. From Vogue:

“Lupita has become a close friend of the house over the last year,” says Costa. “From the onset, I wanted the dress to be graphic, yet warm and luxurious.” He achieved that sense of luxury by “creating a series of textures with intricate placements of a variety of different-sized pearls,” taking into consideration the distinct qualities of each, combined with the metallic tulle and silk lamé of the dress. “We looked at a variety of different pearls—South Sea, iridescent, and natural—and decided that the natural pearls looked the most beautiful.”

If you’re curious to know more about the dress, I encourage you to click the Vogue link above — there are lots of photos of the dress actually being made as well as more comments from Lupita and the maker.