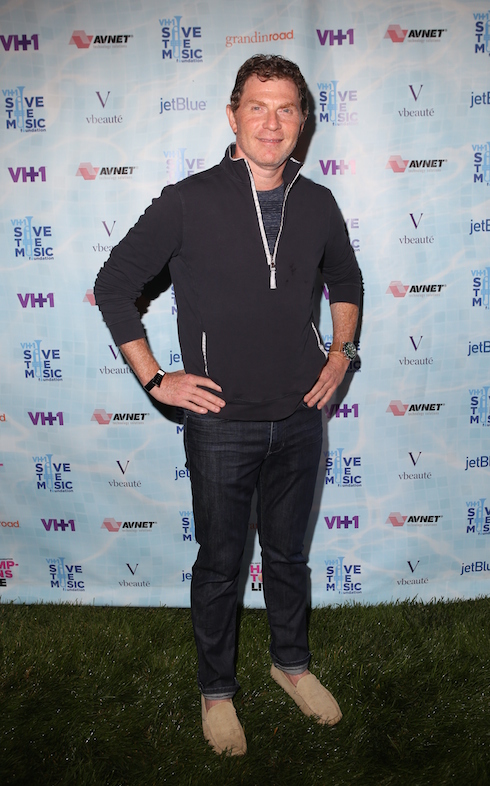 While rumors about Bobby Flay and January Jones have swirled for months, they’ve recently taken on a new twist: namely, that Bobby’s alleged on-again, off-again romance with fellow celebrity chef Giada de Laurentiis was only ever a distraction. A distraction from what, you ask? From the simultaneous rumor that Bobby Flay is the secret father of January Jones’ son, and that Flay and Jones conceived the child while Flay was still very much married to his now ex-wife Stephanie March. 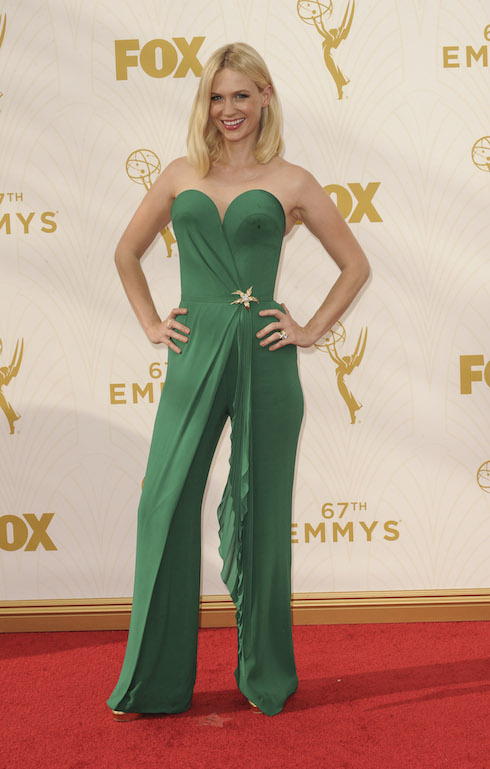 The genesis of this rumor has long, long roots. First of all, the notion that Bobby Flay and January Jones might be dating got started when an intrepid tipster notified Starcasm that Flay and Jones had a very comfortable, very snuggly dinner together in January of 2010. According to the eye-witness report, the pair–one of whom, Mr. Flay, was married to Stephanie March at the time–weren’t acting like the casual friends they later claimed to be:

At first I thought the lady he was with was his wife. They were both sitting close to each other and they both were drinking alcoholic beverages. When I went over to ask for a picture, to my surprise, the woman he was with was January Jones….[Bobby] seemed a little tipsy; his face was red, and he seemed super relaxed. January, on the other hand, didn’t seem [like] she was intoxicated yet. When I was leaving, they were both in the booths where the fireplace was. At the Peppermill [in Las Vegas], the fireplace area is where the couples usually sit. They were sitting very close to each other, talking, laughing, and [with] slight touching involved. It looked a lot like they were just flirting back and forth with each other. They looked like they were an item. I thought maybe [Bobby and his wife] had gotten a divorce but I checked online to my surprise that he was still married? So I don’t know what the deal is…

Nine months later–on September 13, 2011–January Jones’ son, Xander Dane, was born. To this date, Jones has not revealed the identity of the father. 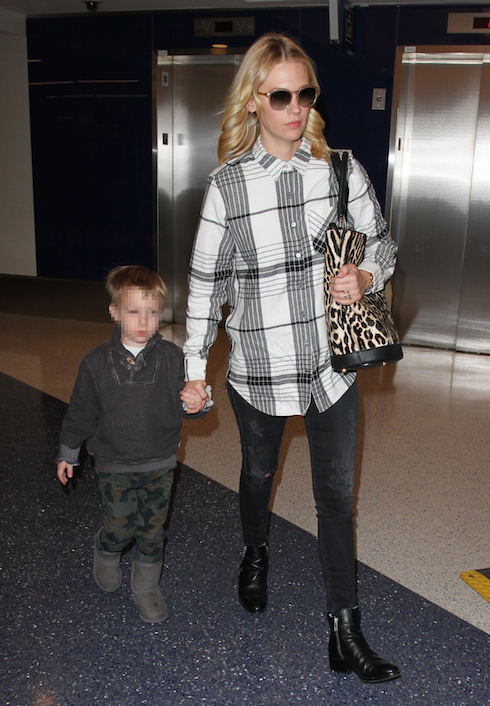 Four years after that, the internet was rife with rumors about the potential relationship between Bobby Flay and Giada de Laurentiis. While the pair were never officially confirmed as an item, gossip about them stemmed from the alleged affair they shared near the end of Flay’s marriage to Stephanie March and Giada’s time with Todd Thompson. That gossip persisted through the summer and well into the autumn, thanks to their time together on Food Network Star and the numerous Food Network-based appearances they made together; at its peak, the gossip claimed that Bobby and Giada were either moving in together or getting ready to live down the street from one another.

Once Giada’s relationship with star producer Shane Farley became public, though, attention returned to the question of whether or not there was a mystery woman in Flay’s life, and the Bobby Flay and January Jones rumors started anew. Recently, a series of reports have questioned whether Bobby kept his potential relationship with Giada in the spotlight in order to distract from the possibility that he might have fathered Xander with January Jones, potentially.

According to those reports, Stephanie March demanded to know whether Flay was the boy’s father, screaming “Did you f*ck her?” during a huge argument earlier this year. At least one source said the actress was “fuming” over the possibility, calling March “suspicious” and stating that Xander “does look a bit like Bobby.”

Bobby Flay and January Jones have offered no comment on their past or present relationship. Stephanie March has said very little about Flay since her divorce was finalized.