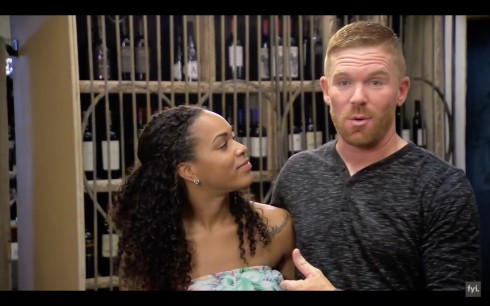 The Bride and Prejudice cast has been revealed! FYI’s newest marriage-based reality TV drama is set to air in just a few short weeks, and it looks like the show will hold nothing back when it comes to the family drama that follows its three couples: one interracial, one interfaith, and one gay.

According to the initial press release, the show was put together by Kinetic Content, which is best-known for Married at First Sight, FYI’s current biggest hit. The show’s first run will feature six episodes, each sixty minutes long (except for March 15th the season premiere, and the season finale, both of which clock in at two hours).

As far as the basic premise, here’s the official word:

In the two-hour premiere, viewers will meet three couples as they decide to make a life-long commitment and get married in the face of staunch opposition from their family and friends. From an interfaith couple in Baltimore, to a gay couple in Boston, and an interracial couple from Houston–these people are all striving to show doubtful loved ones how differences in race, religion and sexual preference do not affect their ability to love and be loved. 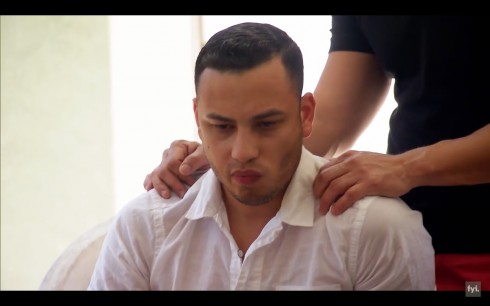 For those of you wondering why the Bride and Prejudice cast don’t all forswear their families and get married regardless, it seems that “approval is necessary before walking down the aisle,” for one reason or another. And, from the looks of the first teaser trailer, getting that approval will not be easy. The clip gives us a glimpse into the difficulties that gay couple Lou and Chris, interracial couple Adam and Briana, and interfaith couple Samantha and Eugene all face:

Says Chris’ mother, “Who wants to have your son walk down the aisle with a man? I don’t.” Eugene’s family tells him, matter-of-factly, “Jews marry Jews, and they have Jewish children.” And a member of Briana’s black family, to whom she has brought her white fiancé, “We don’t have nothin’ to talk about.” Another member adds, “I don’t like him, because he’s white.” If the pregnant pause at the clip’s end is any indication, the Bride and Prejudice cast had to endure some long, uncomfortable silences during the filming of the show. 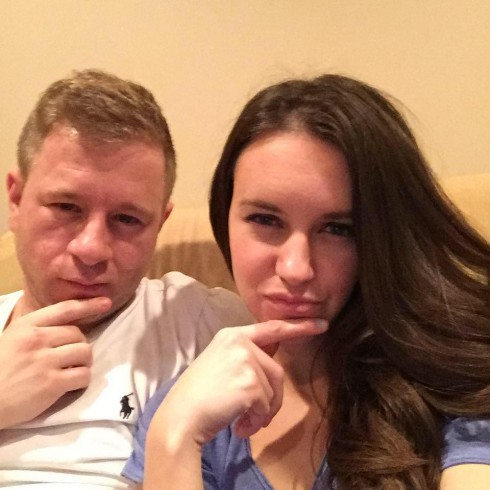 So–who are the brave people that make up the Bride and Prejudice cast? For starters, Samantha and Eugene are the show’s interfaith couple: he is Jewish and she is Christian. They live in Baltimore, where Samantha works as a nurse. The pair is dedicated to raising their child in a multi-faith home; Eugene’s family does not approve of the pair getting married, despite the fact that Samantha and Eugene already have a child. It’s not yet clear whether Samantha’s family will make an appearance on the show, or if her family feels the same way. 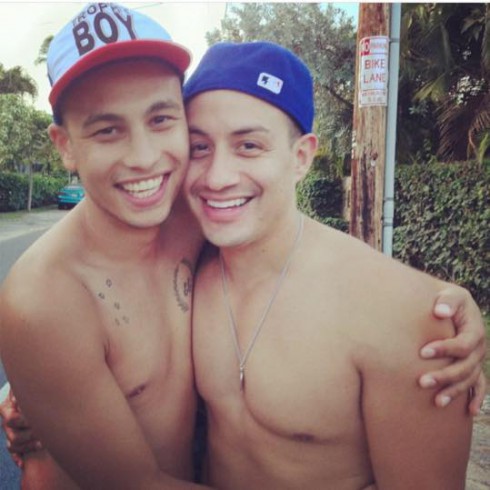 Lou (on the left in the photo above) and Chris (on the right) got engaged in Hawaii last summer, and have been excited to plan their wedding ever since. Lou runs MLR Artists, his own hair, makeup, and production agency; it looks like Chris is a flight attendant. In addition, as is the case with Eugene and Samantha, it might be the case that only Chris’ family is featured in the trailer, which means we might see more (or less) drama coming from Lou’s side of things. (It’s also interesting to note that while Chris and Lou are the gay couple of the Bride and Prejudice cast, it looks like Chris’ parents might be interracial.) 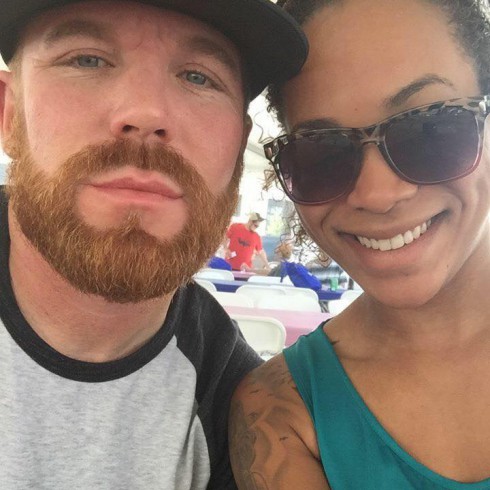 Finally, Houstonites Adam and Briana make it very clear that they fell in love almost instantly upon meeting for the first time. It looks like they’ve been together for awhile–but that fact doesn’t matter to Briana’s family, who tells the camera “Be with your own” in the trailer. Of particular note is the fact that we see what appears to be Adam and Briana confronting Adam’s father at the very end of the Bride and Prejudice trailer, meaning that their relationship is the only one (so far) to feature both sides of the family.

Will that mean extra drama when the show begins? Tune in to find out: the Bride and Prejudice series premiere will air March 15th at 9 PM EST on FYI. (After that, the show will move to 10 PM.)