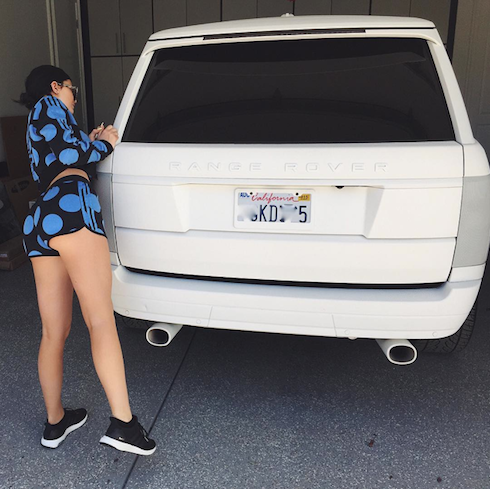 This all got started when Kylie used her Instagram account to get a plug in for PureLeef, which bills itself as a “Health and Body Image Solution company.” According to the company’s web site, their goal is simple:

We target women of different ethnicities with natural products to help safely enhance or slim their bodies into shape and keeping the curves you desire. PureLeef can be used on men as well. PureLeef is a company that surveyed and partnered with several chemists and doctors to create products that safely gives you the body that people pay thousands of dollars to create. PureLeef will offer a variety of products to give different effects however each product will only launch once thoroughly tested and shown proven results. The First product to show what we have achieved and our team accomplishments is PureLeef’s Body Plumping Cream.

And Kylie Jenner is known for her frequent social media product endorsements. So, when she shared the following post on Instagram, people naturally assumed that this Kylie Jenner butt cream was a standard, paid plug:

I love sharing my beauty secrets with you guys and this is a favorite! @PureLeef offers products with All Natural ingredients (which is important to me) to help maintain & accentuate your curves! @PureLeef’s butt enhancement cream & Breast plumping lotion stimulate fat cells in the target areas. I started seeing results after only a month of consistent use. Love their products ? Visit www.pureleef.com #curvesonfleek

Which is also where the controversy came from: Kylie is still only seventeen years old, and folks began taking PureLeef to task for drawing so much attention to the posterior of a minor.

Except, according to PureLeef itself, they never paid for a Kylie Jenner butt cream endorsement. They claim Kylie received nothing whatsoever from them, and that she’s just a fan of their plumping product.

At the same time, though, the company did not respond to questions about whether they paid another Kardashian (or Jenner) for the endorsement.

Kendall & Kylie apologize for ‘not well thought out’ t-shirts with Tupac, Pink Floyd, The Doors and more