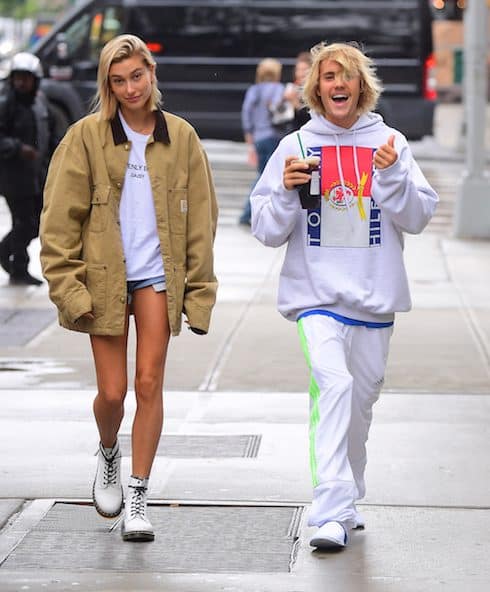 Justin Bieber, whose on-again, off-again relationship with Hailey Baldwin is just the latest for someone who’s only ever been in on-again, off-again relationships, is reportedly ready to commit, baby-style. The latest Justin Bieber and Hailey Baldwin marriage gossip suggests that Justin, 24, is “desperate” for a baby with Hailey, 21, with whom he’s been hot, heavy, and high-profile for the better part of this month.

The revelation comes from an anonymous source at In Touch. Justin hasn’t been in headlines much this year (outside of turning his entire chest into a dollar bill tattoo, that is), but he or someone close to him wants it known that “it finally registered[:] Hailey is what he’s wanted in a partner all along.”

And when it comes to settling down…Justin isn’t wasting any time.

“He’s desperate to start a family,” says the insider. “All he talks about is getting married and having kids. Hailey is only 21 years old but she says she would love to have Justin’s baby — she’s been in love with him for years.” As for Justin’s on-off relationship with Selena Gomez? “It’s a distant memory. Justin loves Hailey.” 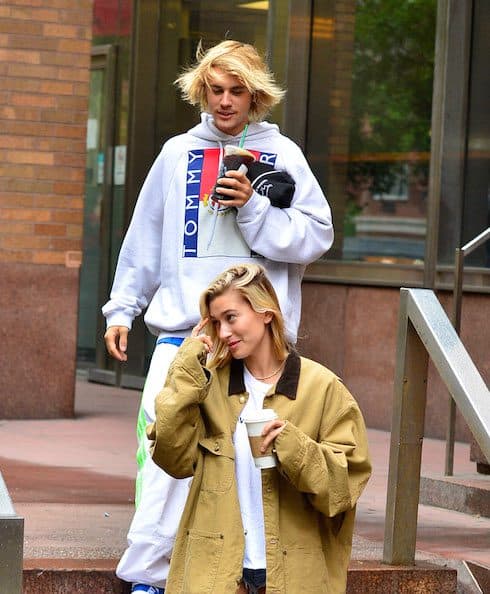 It’s actually been a hot minute since Justin Bieber marriage gossip was in full swing. Things with Selena Gomez never really picked up after she and Justin got back together last year, possibly because he was heartbroken over no longer sharing a toothbrush with Kourtney Kardashian.

And über-rich celebrities having kids together while still in their early 20s is something of a trend in these confusing times — as is young, impressionable celebrities getting engaged after spending practically no time together. (Yes, Justin and Hailey have a history together circa 2015, but being apart from your ex-girlfriend for two years while *also* going through the crazy f*ck period of your early 20s is basically hitting the reset button on the entire relationship.)

Anyway, as this helpful Justin Bieber and Hailey Baldwin timeline from Cosmo points out, the two lovebirds actually met for the first time in 2009. Back then, they were nothing more than awkward 15- and 12-year-olds who somehow managed to look uncomfortable being on camera for maybe the last time in either of their lives:

In short: barring a sudden split –always a serious possibility — get ready for a summer of gossip about this pair’s future plans.

Who is Tyra Banks’ secret boyfriend?