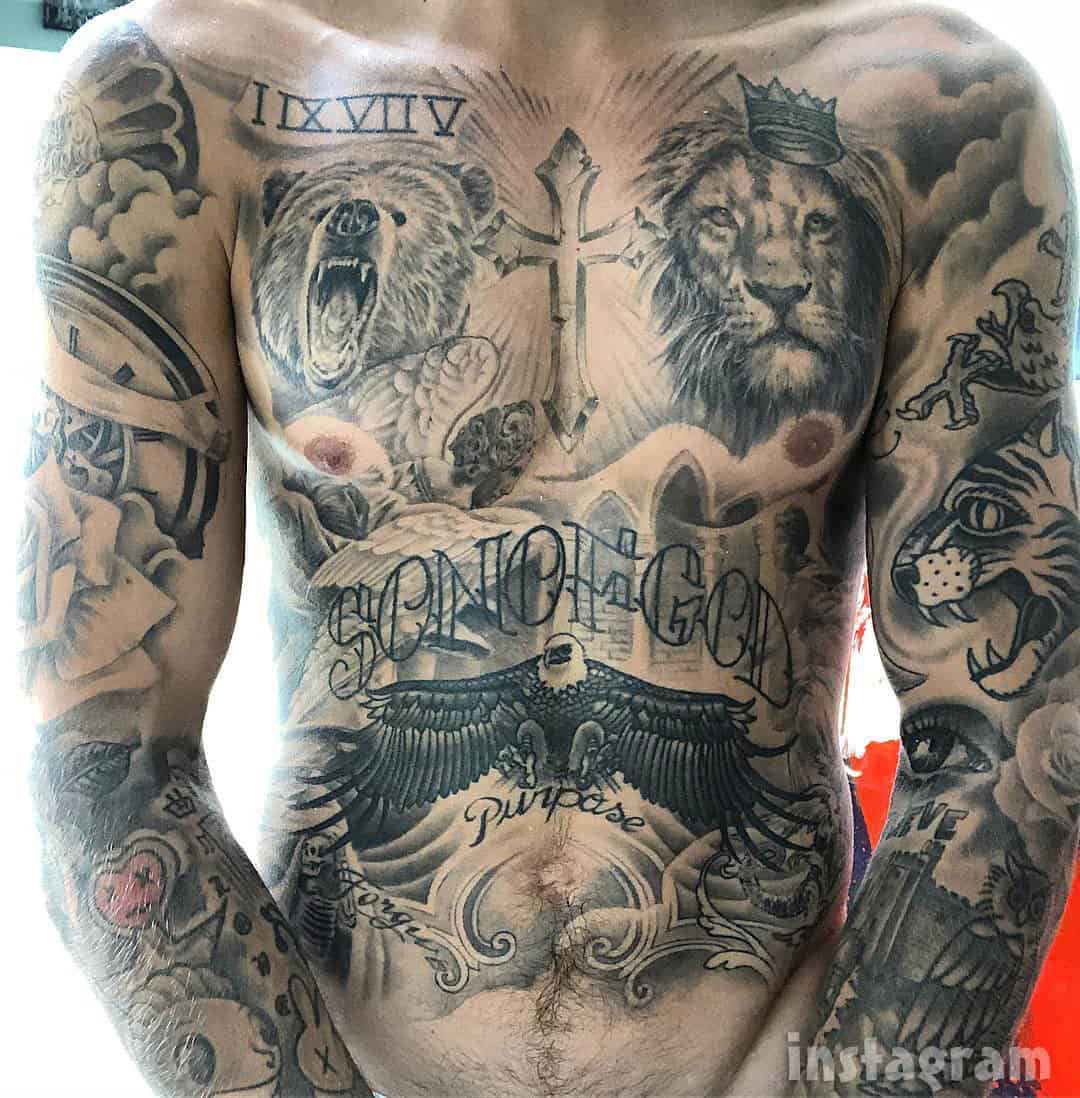 Justin Bieber hasn’t released a new album in more than two years, but that doesn’t mean he hasn’t been focused on his art during that time — his body art. The 24-year-old singer welcomed his 98+ million Instagram followers to an art show yesterday at the Justin Bieber Chest Museum, and it was quite the show!

“If tattooed didn’t hurt everyone would have them,” The Biebs started his description for the photo above, before clarifying a bit: “Well maybe not very [sic] one!!”

He then revealed just how long it took to get his ink-redible look. “Over a hundred hours of hart [sic] work on my body and I wouldn’t take back a single one,” he wrote.

He concluded by affirming his admiration for the visual arts. “I ABSOLUTELY LOVE ART,” he wrote in all caps, before trailing off and all capsing again: “AND IVE MAde my body a canvas and it’s SO MUCH FUN.”

As the title of this post suggests, I kinda got a US dollar bill vibe from the photo, shich inspired me to create this overlay pic: 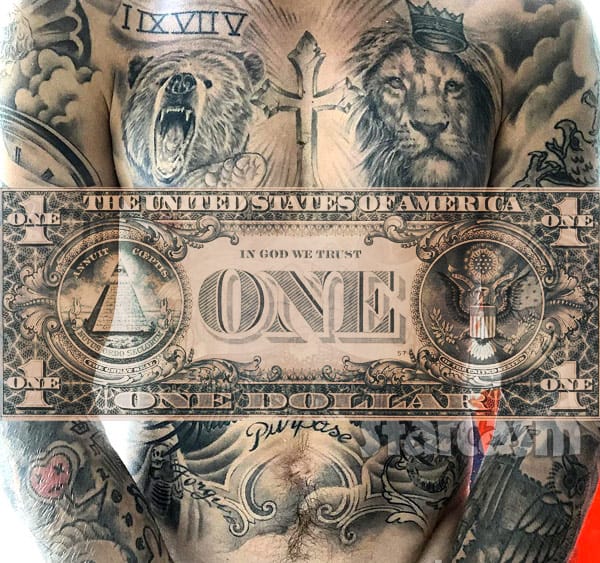 Well, if Justin ever needs to create his own form of currency, I think we know what Bieber Bucks will look like!

If you’re curious what The Biebs’ tattoos look like in action, here are a couple still shots and even a video:

And if you are longing for the days of virgin Justin Bieber skin (almost), we’ve got you (un)covered there as well with this bare-Biebered throwback: 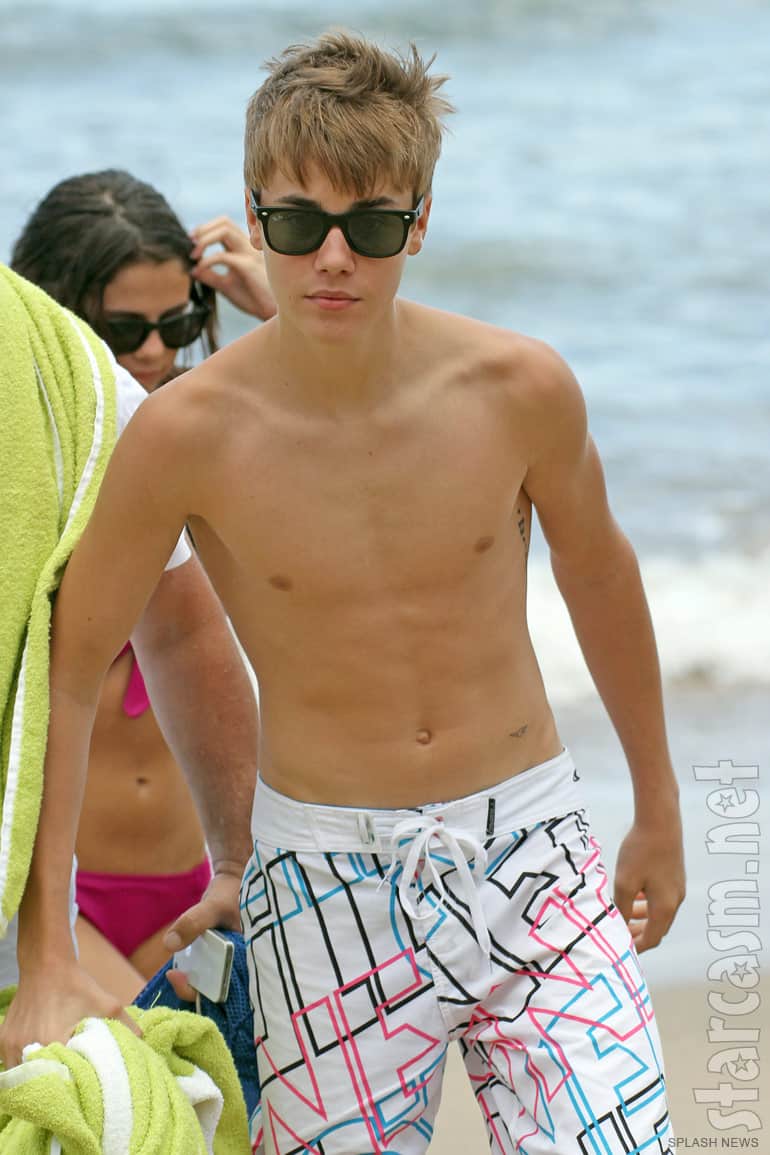 So what’s your preference — graffiti Bieber or blank canvas Bieber?

VIDEO Justin Bieber pauses to pray for Paris during concert