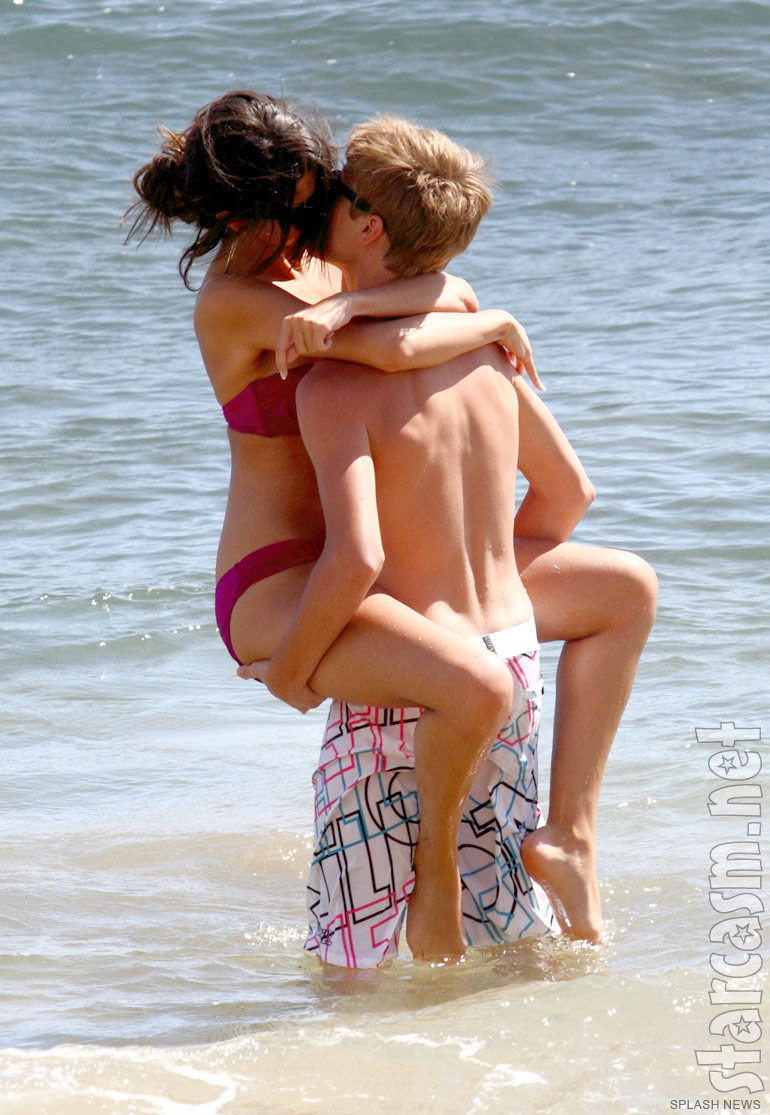 The hottest young couple on the planet are currently vacationing in Hawaii and are definitely no longer afraid to reveal to the world how they feel about each other! Justin Bieber and Selena Gomez got seriously PG-13 as the two kissed while enjoying a rather suggestive embrace in the Ocean in Maui earlier today.

The two beach goers looked like a fashion ad from a magazine with Justin sporting just a pair of knee-length surf trunks and Selena wearing a too-fuchsia-too-believe bikini that looked (wait, how old is Selena Gomez? 18? OK…) damn sexy! 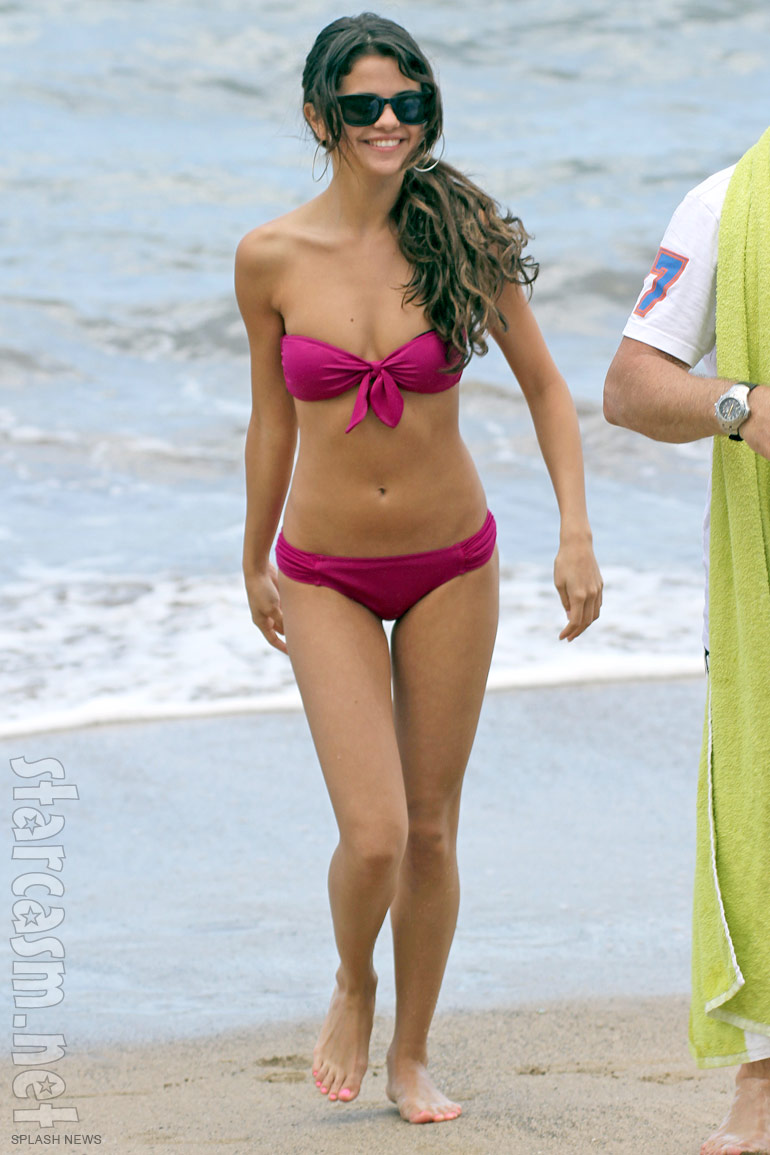 Since the Biebs is only 17 let me say that he looked like a handsome young man in his shorts: 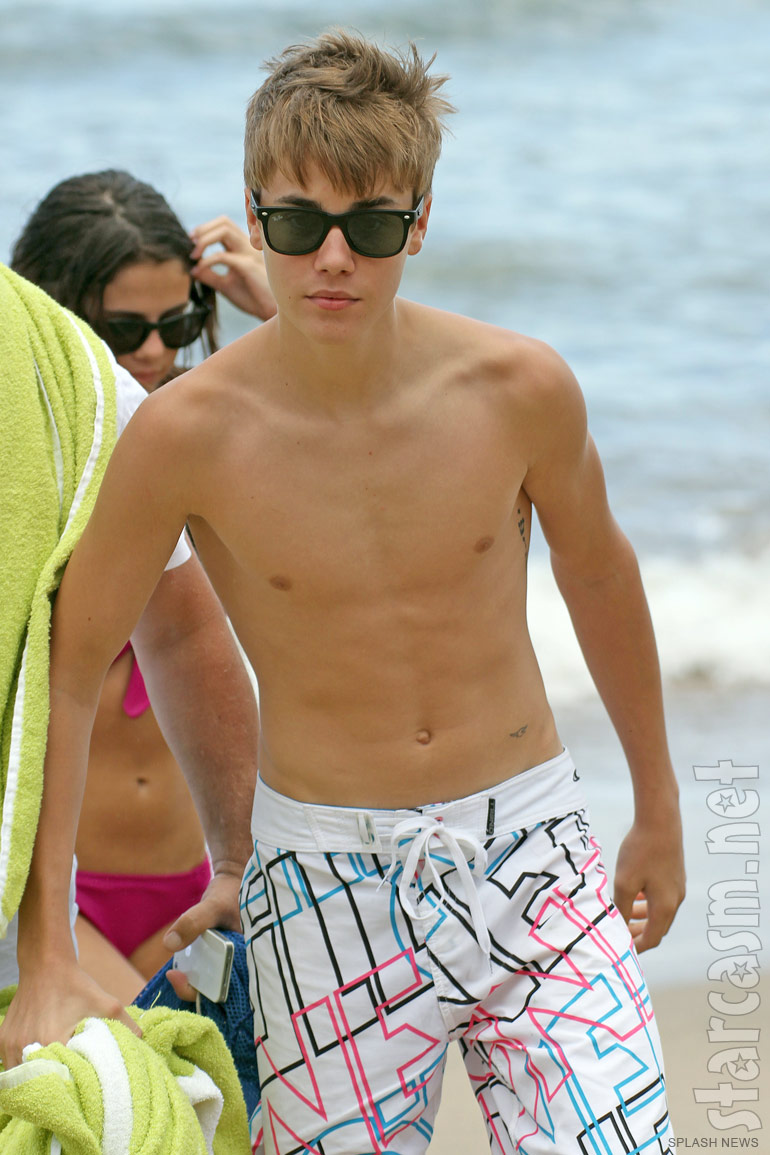 I’m sure I’m way behind in this, but do Justin and Selena have an official nickname yet? Like Brangelina? After considering such monikers as Selieber, Justena, Gomber, and Biebez I eventually decided to go with Biebena. (pronounced Bee-bee-nuh) According to Splash News, Biebena later went jet skiing and even para-sailing over the blue waters of the Pacific. I’m sure that’s just how millions of young ladies imagined a trip to Hawaii with Justin Bieber would be!

Did I mention how great Selena Gomez looks in that bikini?

UPDATE – I noticed in the photo of Justin that he appears to have a tattoo under his left arm and when I did a little research I found out it is new and this trip to Hawaii is the first time Justin has revealed it in public! So I tracked down a great photo of it and created a whole new post. Wanna know what the tattoo is and what it means? CLICK HERE to find out!

EggGate: Will Justin Bieber be deported and what’s on his confiscated cell?