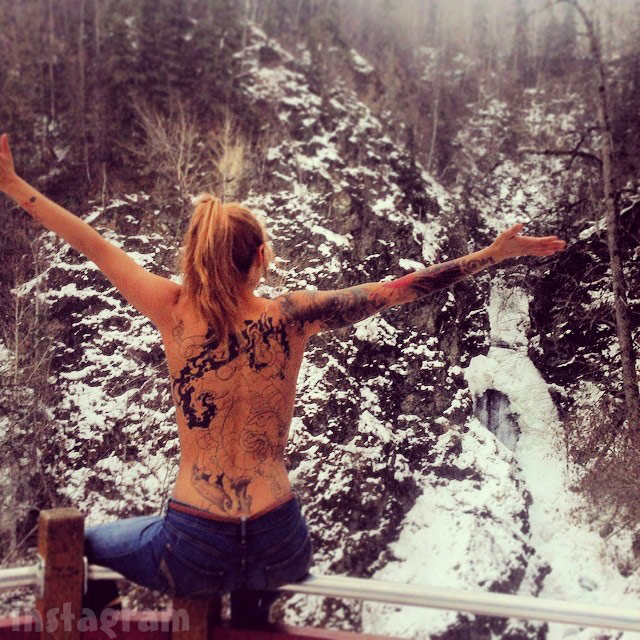 Viewers of MTV’s new tundradelic reality series Slednecks will no doubt be blown away by the beautiful and epic Alaskan scenery, but in addition to the background, fans will also be mesmerized by the foreground scenery in the form of star Tosca Yeager’s tattoos! (Take the photo above for example.)

Tosca is a 22-year-old tomboy marksperson and aspiring mortician with an almost unhealthy admiration for Guns N’ Roses. Given that description, it only makes sense this Anchorage gal would be no stranger to a tattoo parlor. 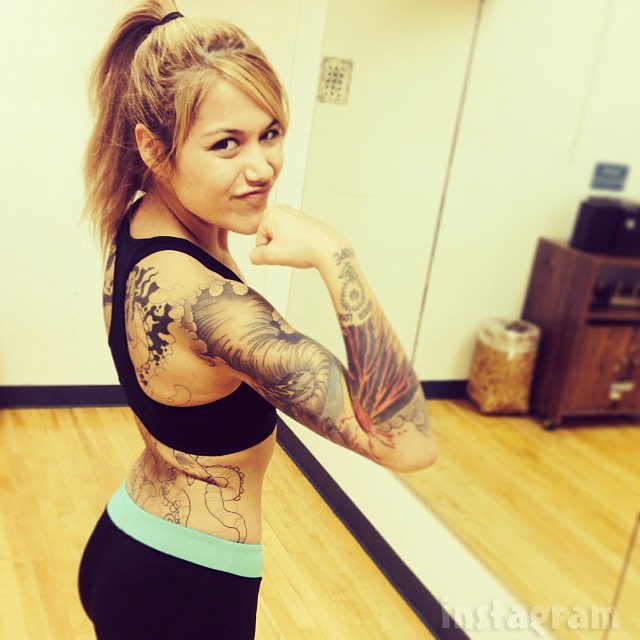 The tattoos that you will most likely notice first (when she is not topless anyways) are those comprising Tosca’s sleeve design on her right arm. Starting at the shoulder they depict a series of natural disasters including a tornado, thunderstorm and a volcanic eruption. Here’s an “underarm” view: 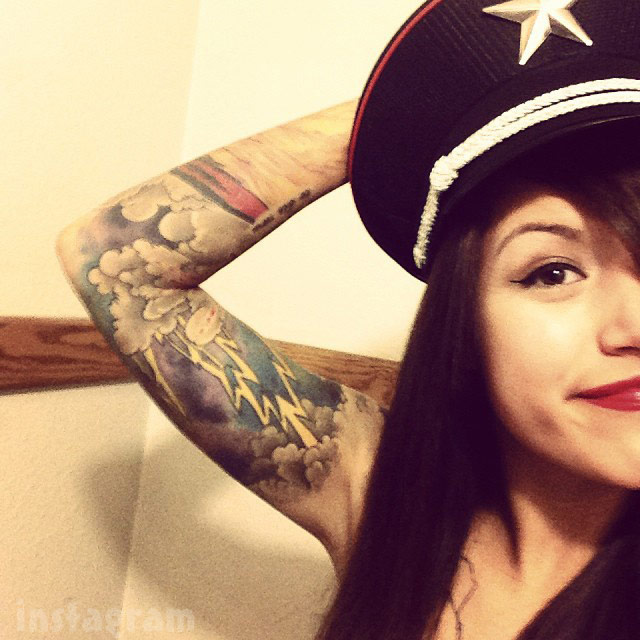 At the base of all of that chaos, is a flower on Tosca’s wrist along with the words, “NEVER LOSE HOPE.” Here’s an instagram photo of the flower that Tosca captioned, “When you feel you’ve got nothin, you’ve got me. #neverlosehope #hope #tattoos #tornado #lightening #volcano #flower #life #dreamer #headintheclouds #love #yeager” 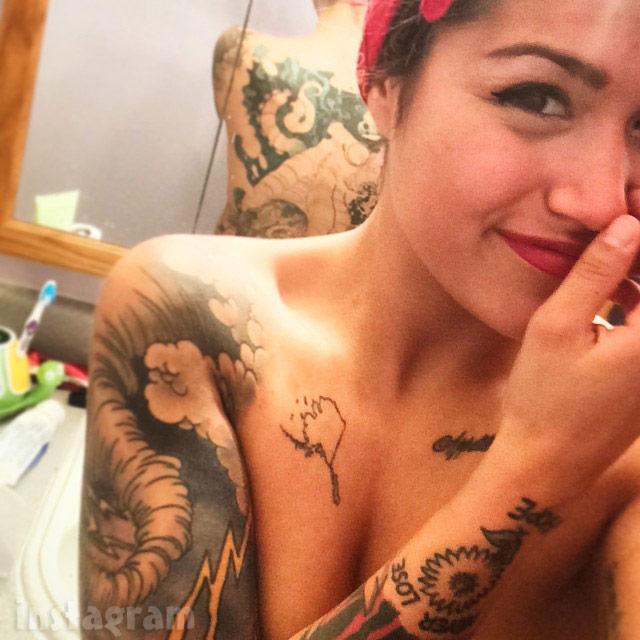 Here are photos of Tosca’s “arm-ageddon” tattoos from multiple angles taken by the tattoo artist, Kevin Harden of Spenard Tattoo: 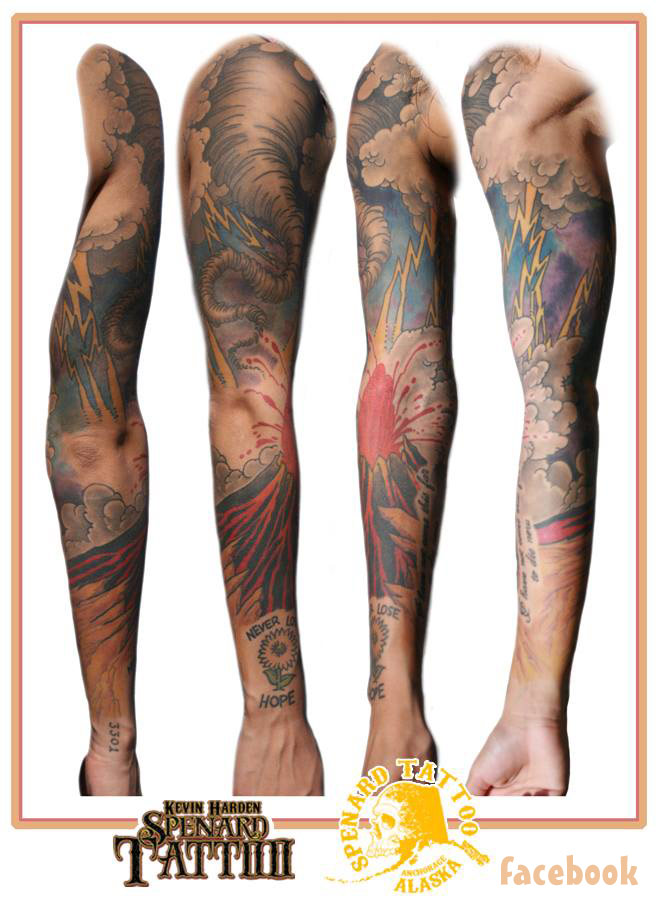 (More photos in the slideshow gallery below.)

In addition to the flower, Tosca also has another positive message on the inside of her forearm that reads, “I have not come this far to die now:” 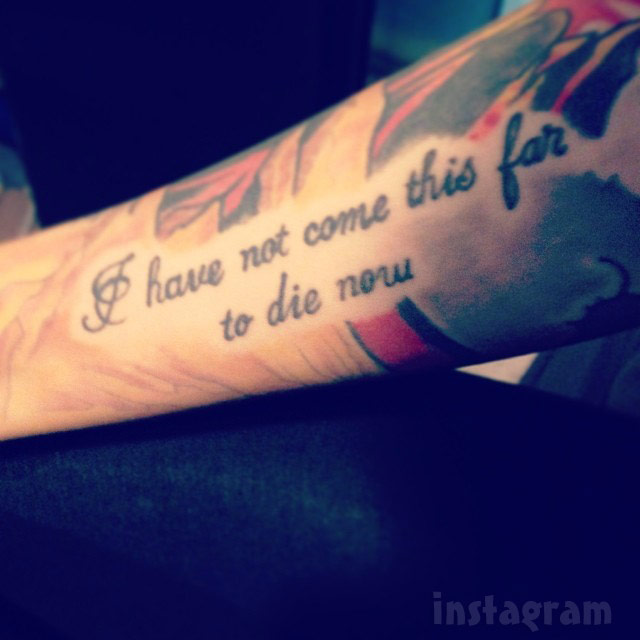 Back in June Tosca shared this next photo of sketch that must have served as the inspiration for her arm, or perhaps the other way around. She captioned it by writing, “Don’t ever let life tear you down. #neverlosehope #mymotto #betheflower #hope #kindness #life #doodle #naturaldisasters #tornado #volcano #lightening #fire #hopefortomorrow #worldchanger” 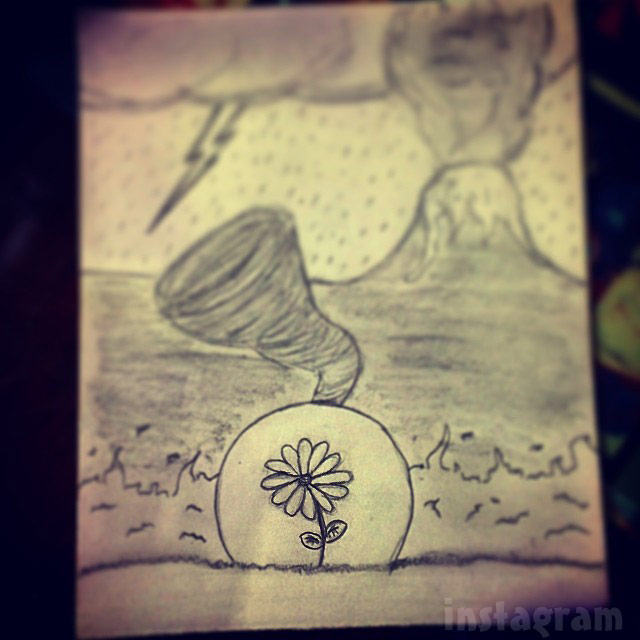 As you may have noticed in the photo at the top of this post, Tosca also has a rather massive and elaborate work-in-progress tattoo on her back. Back in November of last year she shared this photo of it in its early stages and revealed that it features an octopus fighting a bear: 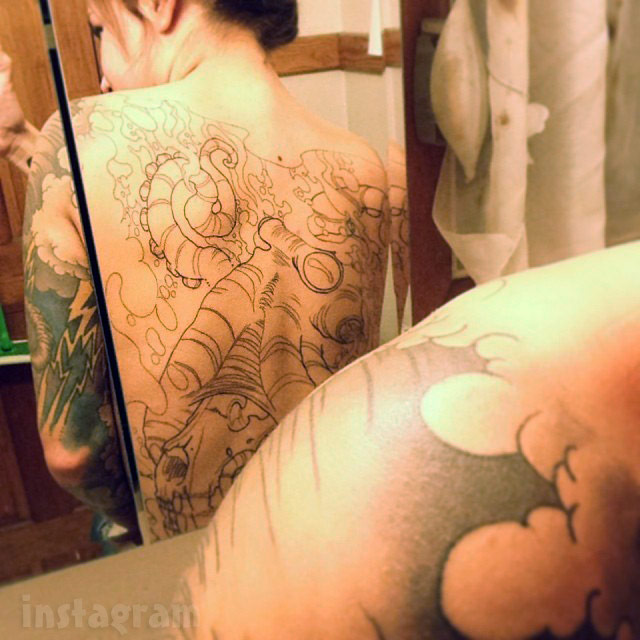 And another AMAZING photo of the tat in progress from Spenard Tattoo:

This post is quickly spiraling out of control so at this point I will just post a list of some of Tosca’s other tattoos and then a slideshow photo gallery:

Left forearm: “Kyra” in honor of Tosca’s best friend, who has a matching “Tosca” tattoo on her neck.

Left inside wrist: Heart shape with the colors of the German flag. Tosca’s best friend has a matching German flag on her wrist as well.

Above right breast: Outline of the state of Alaska 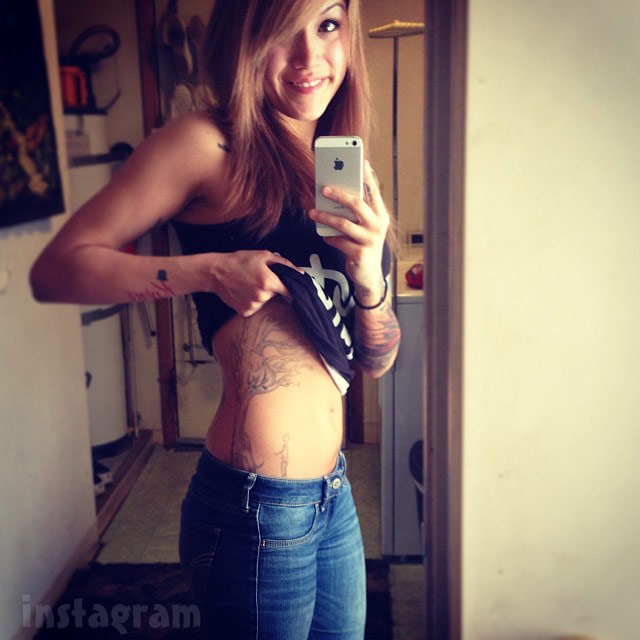 Left abdomen and rib cage: Giving Tree inspired tattoo (above) in honor of her grandpa who died of cancer. Includes a dog and a bear. 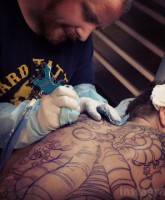 Tosca Yeager back tattoo in progress 2 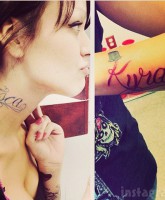 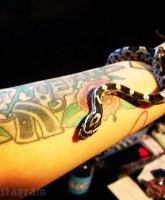 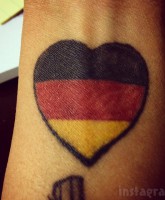 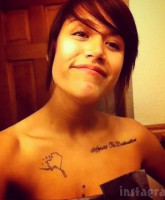 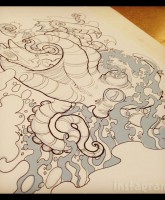 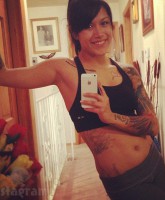 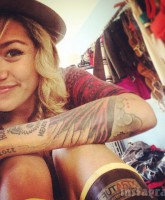 UPDATE – A couple weeks after our post was published Tosca spoke with Inked magazine about tattoos and more. Here are a couple excerpts about her tattoos specifically:

Of your ink, which piece is your favorite?

My side. I love all my work, but that particular one is for my Grandpa. He taught me how to bear hunt. We hunted with hound dogs that would chase bears up trees. Those memories I hold so dear to my heart.

It looks like you are working on a back piece, what is it of?

Kevin Harden at Spenard Tattoo is a tremendous artist. We recreated one of his original prints. I see the octopus as the ocean’s strongest animal, and the bear is Alaska’s strongest land animal. The piece is an octopus ripping apart a bear skull. It’s only a matter of time before I start my leg sleeve!

You’ve got some inspirational ink; did events in your life drive you to get tattooed?

Hardships, yes. The sleeve is a representation of never losing hope. Natural disasters are a flower’s biggest obstacle to stand through; I strongly believe that with hope anything is possible. If we as people never lose hope we, too, can stand through our own obstacles.

You can see more of Tosca and her tattoos by tuning in to Slednecks, airing Thursday nights at 10/9c on MTV! And if you’re in Alaska and want some rad tats similar to Tosca’s, be sure to pop in to Spenard Tattoo and ask for Kevin Harden!

Want to keep up with Tosca off screen? Here are her social media links: