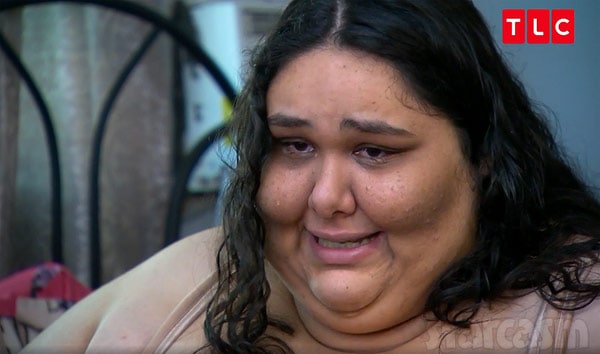 The TLC reality series My 600-LB Life is returning in January with 14 brand new two-hour episodes featuring 15 morbidly obese individuals hoping to turn their lives around with the help of Dr. Nowzaradan and gastric bypass surgery. The network has just released the first preview trailer, which gives viewers the first glimpse of the life-or-death struggles they will see this season.

I am always stunned at how much these individuals are willing to share with the public, but I think that just goes to show how fully committed they are to trying (or at least wanting to try) to change their lives for the better.

In case you’re wondering about the math because the trailer mentions “15 journeys” and yet there are only 14 episodes, it’s probably because the first episode will feature twins! From TLC:

The premiere episode features 29 year-old identical twin sisters Brandi, 587-lbs, and Kandi, 604-lbs, who are each other’s whole support system, but enable one another at the same time. Raised in a chaotic household with alcoholic parents, the sisters quickly learned at a young age that they could only count on each other. With only food to make life better, they built an insular world sharing everything – even a bed. They care for each other – but at the same time cause one another to continue their unhealthy and deadly lifestyle.

As you can tell from the end of the video, one of the sisters has a serious medical emergency in which doctors believed her heart was stopped and she may have suffered brain damage.

Once again messing up the math, TLC reveals that this season will also include three brothers! The network says viewers will see “James, weighing almost 800-lbs, who has become entirely bed-bound after once being an avid outdoorsman and active father; and brothers Steven, 33 years-old and 782-lbs, and Justin, 27 years-old and 543-lbs, who started to gain weight when their parents divorced.”

I’m guessing perhaps there will be a two-part episode to make the math right again? 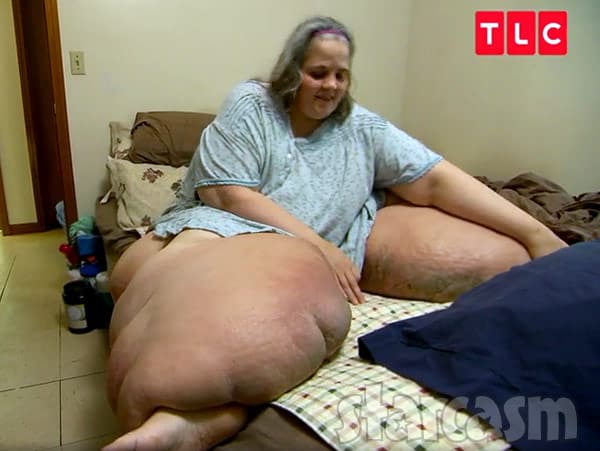 TLC has provided info on one more cast member as well. Tracey, who is featured prominently in the trailer, is “a 45 year-old woman weighing over 600-lbs, and plagued with an extreme disfiguring of her legs that’s transformed them into weighing over 100-lbs each.”

Tracey is shown struggling to walk in the preview and you can here her narrate: “Just to get from my bed to the bathroom — it’s literally like having 100-pound bricks sitting on my feet.”