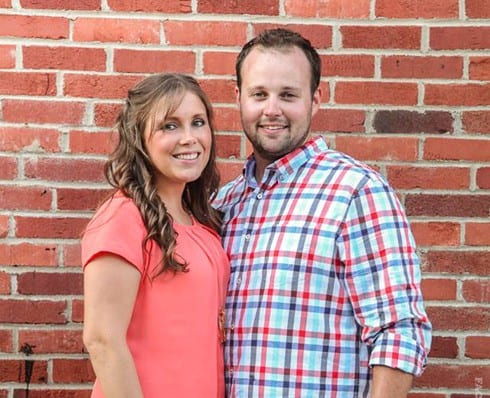 After a series of unexpected and high-profile appearances, is Josh Duggar now back to normal with his family? The spotlight was all his at the family’s Thanksgiving celebration, and that presentation, coupled with his pop-in at Jinger Duggar’s wedding two weeks ago, has fueled speculation that the disgraced former 19 Kids and Counting star is prepping for a comeback of some sort.

In fact, if you count Josh’s unexpected and extremely rare social media appearance back in September, when he shared the above photo with Anna to celebrate their wedding anniversary, this is actually the third time Josh Duggar has appeared in public in a matter of weeks. It’s something of a startling turn of events for Josh, who spent the final months of 2015 and beginning months of 2016 isolated in sex addiction rehab at a clinic run by a Duggar family friend. He’s hardly been seen at all since a pair of adultery and sex abuse scandals shook the Duggar family from TLC’s airwaves last summer.

Which is precisely why, according to a new Hollywood Gossip report, it seems Josh might be “creeping back” into the family’s spotlight, now that some time has passed. For one thing, he’s literally crept into the very edge of a Thanksgiving photo the Duggars’ official Facebook account shared, for which they caught royal hell:

And, for another, at least one mainstream celebrity outlet–none other than ET–made it sound like Josh’s appearance was no big deal. Their headline reads “Josh Duggar Reunites with Wife Anna And Family During Cozy Thanksgiving Getaway,” which makes it sound like Josh has been away on business for awhile and just couldn’t wait to get back home to see his wife and kids and also the sisters he molested when they were preteens. And what better setting for all of that than a “cozy” cabin in the Ozarks? Of course, that could just as easily be the setting for a horror movie, in which case the Duggars are setting us up for a very interesting 2017.