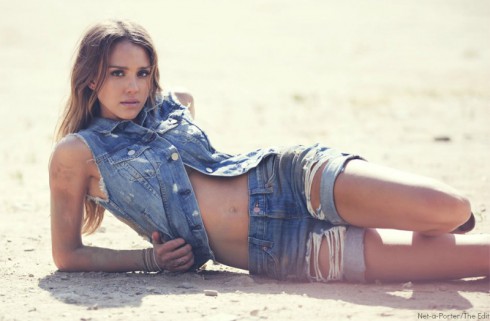 We can all agree that pregnancy and childbirth is brutal enough, right? Well, apparently Jessica Alba is a real glutton for punishment, because she extended the pain by wearing two corsets for three full months following the births of her two daughters.

“It’s not for everyone,” Alba revealed to Net-a-Porter Magazine. “I wore a double corset day and night for three months. It was sweaty, but worth it.”

Diet and exercise are typically referred to as “the old-fashioned ways” to lose weight. Now, we’re all going to have to think twice about what is really the old-fashioned way to tone up after having a baby. (Although, to be honest, I didn’t know wearing double corsets specifically for toning after pregnancy was even for anyone. I never heard of such a thing — for women from this century or the ones before.)

If you couldn’t already tell by looking at pictures of the mother-of-two, Alba is really onto something.

“The concept behind abdominal binders is very common after surgery and after the delivery of a baby to help support abdominal muscles, help with posture and reduce the feeling of bloating,” said Dr. Jennifer Ashton to ABC News.

Even though the technique may help new mothers bounce back from pregnancy a little faster, Alba was correct in saying it isn’t for everyone. Although the undergarments come in a variety of styles, they are all designed to squeeze in on the stomach muscles.

“Imagine taking a big breath and never fully exhaling,” explained Ashton. “That’s basically the feeling the person has for hours.”

According to Alba, the pain is worth the gain. Brooke Burke-Charvet, a Dancing With the Stars co-host and mother of four, is also a supporter of post-pregnancy shaping. She even has her own line of belly wraps, which she sells on her website, BabooshBaby.com. 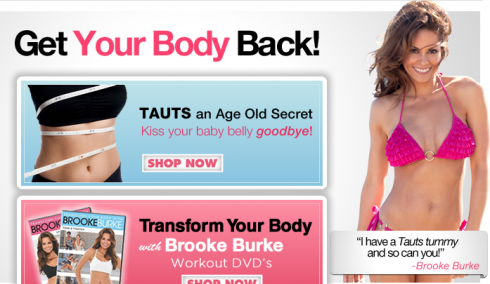 “It works as a compression garment. It helps the swelling of the uterus go back down to its original size and it supports all that baggy baby skin. It feels really good after delivery because it holds everything in place, so it is a great, great way to get back in shape,” Burke told Just Moms back in 2009.

Still, some experts argue that the benefits of post-pregnancy shapewear are limited to only when the garments are worn.

“Although you may appear thinner when you wear a girdle, the girdle doesn’t strengthen or tone your abdominal muscles,” wrote Dr. Edward R. Laskowski for the Mayo Clinic in 2012. “Girdles just temporarily compress and redistribute fat and skin around the abdomen. When it comes to a flat stomach, diet and exercise — not undergarments — are what count.”

To me, it seems the potential downsides (discomfort, money, effort) outweigh the upsides… Particularly because the upsides can also be achieved without borrowing your great-grandmother’s corset.

Spokesman for the Heart Attack Grill dies from heart attack