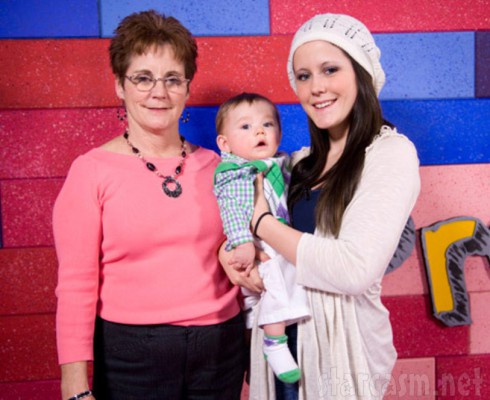 Things seemed to be looking up for troubled mother and daughter tandem Barbara Evans and Jenelle Evans as they recently shared photos of themselves together having fun at Jenelle’s son Jace’s third birthday party, and were even reportedly looking at getting a house together. But things have apparently taken a turn for the worse as Jenelle took to her blog moments ago and angrily revealed that part of the reason her mother hadn’t been returning her calls is because Jace had surgery yesterday! Barbara then told Jenelle she wouldn’t be able to see her son until Friday. Needless to say, Jenelle is NOT happy!

I’m so upset with my mom. Everyone always claims I don’t try hard enough when it comes to me spending time with Jace, you’re wrong! I just called her this morning 8 times before she actually answered and she said that Jace had a surgery yesterday and I can’t spend time with him again until FRIDAY. Like what the f***?! He had a surgery and you couldn’t even tell me so if something went wrong during the surgery I wouldn’t be there?! Thanks a lot.

Amazingly, part of the reason Jenelle was trying to reach Barbara was to let her know that she was in the hospital being treated for dehydration! (I know people complain a lot abut how much the stars of Teen Mom make, but no matter how much it is, I can’t imagine it’s enough to cover all of Jenelle’s legal and medical expenses!)

Jenelle then begins to make her case for regaining custody of Jace from Barbara, partly because of Barbara’s health.

What a great mother. I mean she might of taken care of me and my siblings all my life… but now that she’s almost 60 years old and the new generation is about to arise, she thinks she can handle it. She def. can’t and won’t be able to take care of Jace for much longer due to the fact she has the disease osteoporosis which is your bones getting extremely brittle and they are very easy to break. My grandmother had this and would simply tap her hip against the wall on accident and she would have to be rushed to the hospital and stay there for weeks until she got better. Hopefully this won’t happen to my mom, but if it does how is she going to be able to take care of my son?! Why can’t she just give custody back to me?! 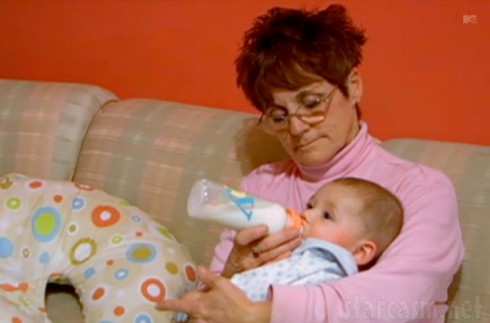 Jenelle then makes a case for herself, making a list of her recent accomplishments and activities that she argues demonstrates her maturity:

I go to school, work 3 jobs online at home, took volunteer parenting classes, completed 12 months probation and was sober for 8 months of that period, AND took anger management classes. Also I’ve been seeing my psychiatrist regularly and taking my medication for my bi-polar disorder as prescribed.

But she realizes her past legal troubles are going to be difficult for the courts to overlook:

I don’t know…. I’m very furious and frustrated but I guess I’ll have to wait until my expungement goes through for my criminal record and then I’ll be able to fight for custody. As for now, this custody battle is a waiting game until I can file for a complaint against my mother and take her to court.

And she humbly wraps things up by admitting:

I can’t even begin to understand how I’m able to cope with all of this especially being the way I am.

But this too shall pass…

Jenelle never revealed what Jace was having surgery for, but of course that could be because Barbara didn’t tell her. Let’s hope it was something routine and Jace will be back to being a three-year-old soon!

UPDATE – Although it doesn’t really have anything to do with the story, Jenelle was involved in yet another nude photo scandal this weekend as a handful of nude photos allegedly taken by her former boss James Duffy surfaced on Twitter. The pictures showed a completely naked Jenelle posing on a wood bench and included one image in which she appeared to be touching her “biscuit,” as Honey Boo Boo would say. Although James Duffy didn’t tweet the images himself, he does claim to have taken them, and it is believed he shared the images with a Twitter follower who then posted them on the micro-blogging site and had them retweeted by Duffy. Jenelle is claiming the images were on Kieffer Delp’s cell phone, which was taken by Duffy, but the timeline and other images provided by Duffy from around the same time (and fetauring himself or his house) would seem to suggest he is teling the truth about their origins. There is also reportedly and image of Jenelle engaged in oral sex that has yet to be posted, but the clock is already ticking down on that one I’m sure.